My initial thought after unboxing the ROCCAT Tyon gaming mouse was, “what am I going to do with all of these buttons?”

It seemed a little daunting but also excessive. I was coming from a gaming mouse that I’d been using for the past 4 years. It was starting to look really ruff; the plastic around the mouse had begun to peel off, the middle scroll wheel was struggling to spin, and one of the side buttons sometimes wouldn’t click in. Even though its age was getting on the mouse still performed in the games that I needed it to. And as I’ve mentioned in previous articles I had tried to replace the mouse, but I wasn’t happy with the devices I picked up and ended up using them elsewhere.

After connecting the ROCCAT Tyon, I installed the driver software which comes with an application that has a number of customisable features on offer. This is something you really need to look at first because the Tyon is stacked with 14 buttons which each can be mapped or setup as macros. 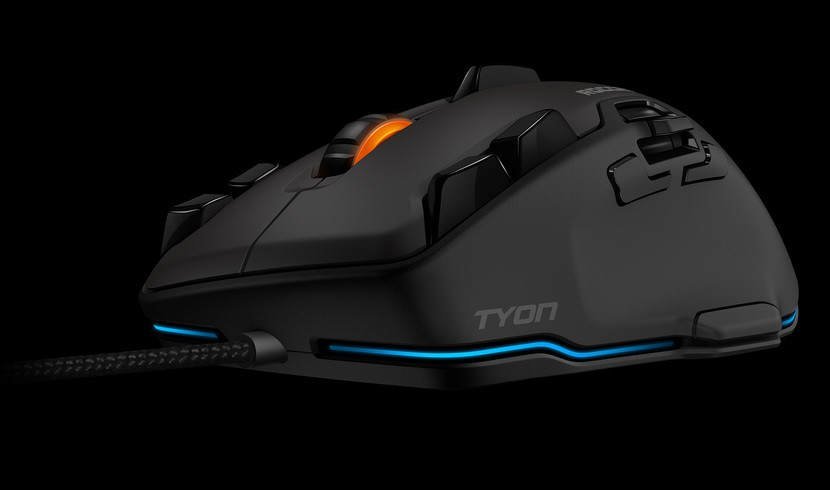 Adding to this there is also an Easy-Shift button that allows you to activate a secondary function to every button once pressed – essentially, it doubles your mappings. Within the application you’ll also be able to manage the 8,200 DPI laser sensor with multiple thresholds that can be changed on the fly, and also easily create separate profiles for each of your games or people that use the device.

The software contains built-in stat tracking which records button presses and movements made with the mouse. This is tied to the achievements display that allows you to unlock various milestone notifications.

When it comes to the performance of the ROCCAT Tyon, I don’t really have much to complain about. That said, my biggest issue with the last mouse I tried was that its buttons were way too sensitive for my liking; I have quite large hands and was constantly pressing one of the buttons without meaning to do so because the weight of my fingers resting on the mouse would cause it to click in. I didn’t have anything resembling that problem with the Tyon; the mouse fit very nicely around my hand and even though this device is packed with buttons they never got in the way of each other for what I was trying to do around them. 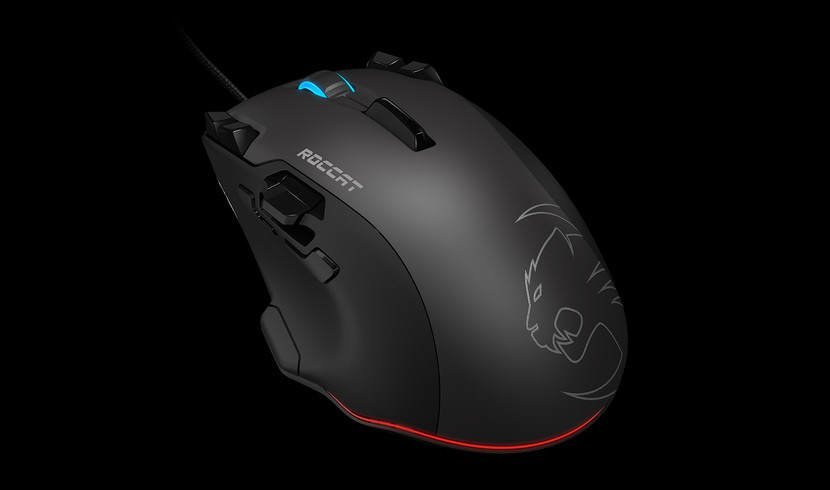 The only hurdle I encountered is it felt a little awkward for me to press one of the right side buttons. It’s a little uncomfortable for the position its sitting at on the mouse for my hands. On top of this, the ROCCAT Tyon unfortunately is designed for the right hand, so anyone who uses their left hand for mouse control would have to seek alternate options.

For those that like to change the look of their hardware the ROCCAT Tyon comes in a black or white design, and has customisable lights around the scroll wheel and base of the mouse with each being able to be assigned a different colour out of a possible 16.8 million variations..

As I mentioned before, I first thought the amount of buttons on the Tyon was excessive; that changed once I got into playing games I was very familiar with. I remapped a lot of the buttons I would generally use on the keyboard but were a little out of easy reach. For example, in Dota 2 I was able to improve some of my ability management and micro by moving a few of the commands over to the mouse. It’s allowed me to be quicker and respond to situations in the game without having to make larger movements with my hands that would generally take more time on the keyboard.

Overall it was very easy for me to switch across to using the ROCCAT Tyon. Within a short amount of time I was comfortable with the new change in feel, and had started to incorporate the variety of buttons at my easy reach within the games I played. If you’re looking to replace your mouse I can definitely recommend adding the ROCCAT Tyon to your list of options to consider.