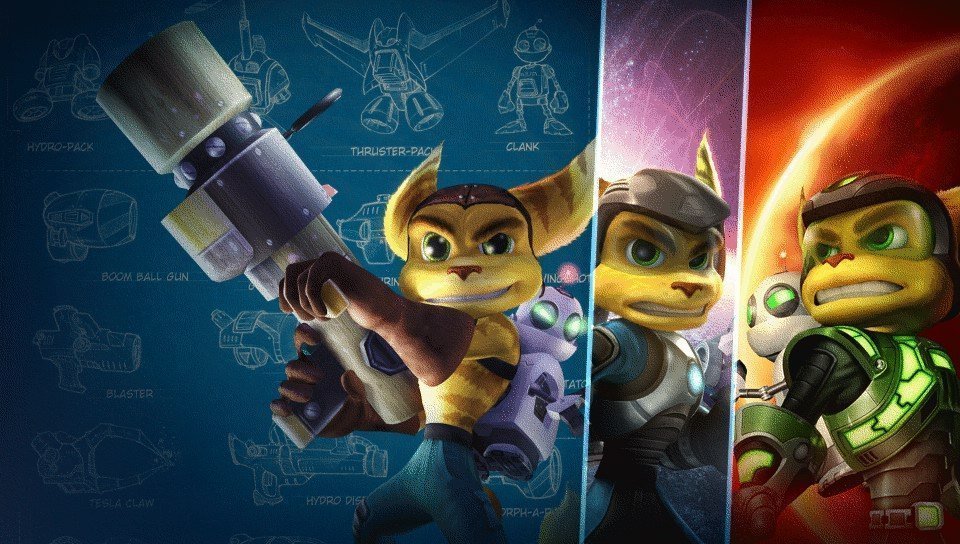 Brace yourself for an extremely short review as, despite being ported by a different team, there’s very little change in the Vita release of the Ratchet & Clank Trilogy.

For those unaware, the original three Ratchet & Clank games were released on PS3 a couple of years ago and are due on the PS4 next year. As little has changed with the actual games, I’ll refer you to Matt’s PS3 review for those details. Here, I’ll concentrate on the differences between the PlayStation 3 and Vita versions. 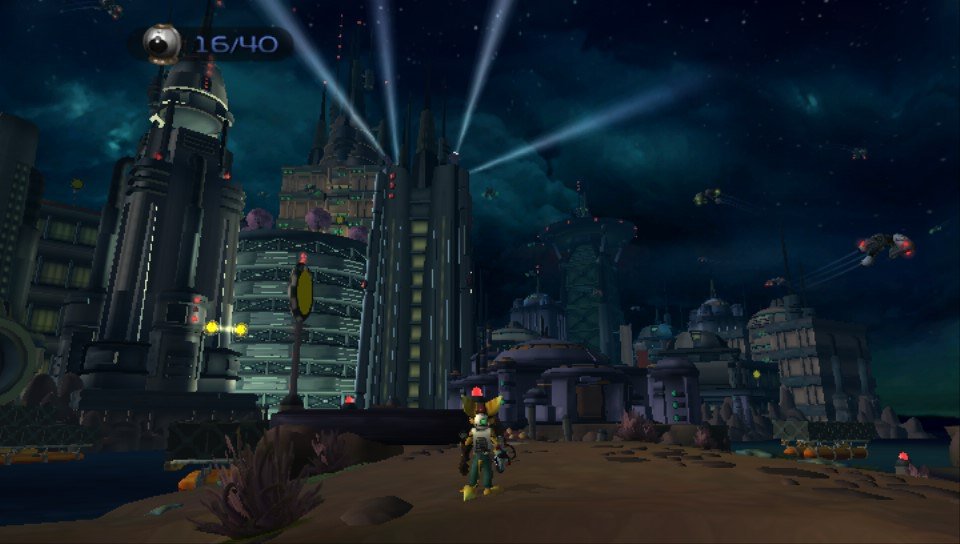 Let’s start with the good. First and foremost the game looks fantastic. Rather than concentrating on detailed retexturing, Mass Media embraced the series’ unique art style to create visuals that, whilst dated in comparison to current releases, have all the vibrant charm of the original. With the Vita’s increased screen size and resolution you really appreciate all the small details like lights playing in the sky or ships traversing the level. Sadly this doesn’t carry through to the cutscenes though, because they’re such a small part of the experience, I don’t view them as detrimental.

Another big plus for the Vita version is that it comes bundled with its PS3 counterparts. Buy the trilogy on PS3 and you only receive that version; buy the PS Vita one and you get both. Unfortunately, this crossover doesn’t extend to game saves; if you want to take your save from one system to the other, you’re out of luck. This was a real let down for me and, I felt, a missed opportunity. 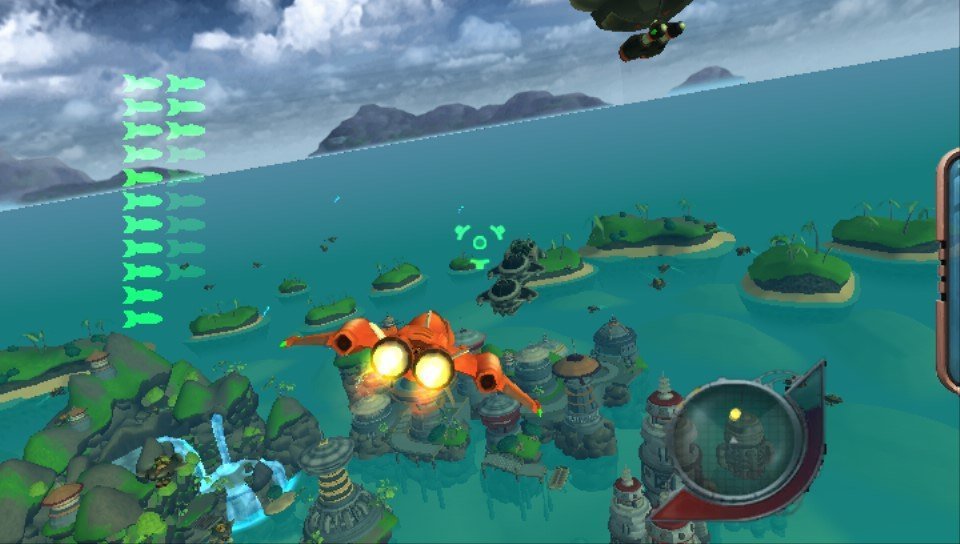 The only other negative I came across was that the L2/R2 buttons were mapped to the rear touchpad. As I find it difficult to hold my Vita without  my fingers touching the rear pad, it was difficult not to press those buttons. Annoying when strafing, it became downright intrusive for sections like the hoverboard mini-game. Pressing a shoulder button whilst jumping makes Ratchet start a trick. You must then complete the trick and release the button before you land or you wipe out. This is nigh on impossible for anyone who doesn’t want to risk dropping their Vita so the end result is that you play those mini-games holding the Vita by your fingertips.

Ratchet & Clank Trilogy is a decent port of a fantastic game. Bias aside — Ratchet & Clank was my favourite game on the PlayStation 2 — it has a few small bugs. But, you get two versions of the bundle for the price of one and the games stand the test of time extremely well. Excellent value for money with three fun to play titles, six platinum trophies and a wealth of replay. What are you waiting for?