In the last few years, Konami’s Pro Evolution Soccer (PES) has decidedly been behind EA’s FIFA when it comes to video game football. While FIFA has continued to impress, it’s at the top of its game; improvements aren’t as noticeable as compared to what’s being accomplished in PES. Now, with this year’s iteration, PES truly (and once again) is on-par with EA’s FIFA franchise.

Konami’s FOX engine is once again at play, but changes to last year’s iteration mean that the ball actually has some weight. Dribbling and passing feel far more realistic than in last year’s offering, and AI seems to have been improved as well. That doesn’t mean you won’t watch your AI-controlled teammates do some truly spectacularly stupid things. And yeah, most times than not, it’s the damn goalie who screws up.

The game’s main mode is Master League, a familiar franchise offering that allows you to manage your own team. It’s a combination of a GM and Pro mode, letting you manage the team but also build up individuals from within. In PES fashion, the game falters a bit when comparing its offerings to the license-laden FIFA, but it’s still quite fun to take the default Master League squad and try to climb up the football ladder. A lot of work needs to be done on the team before you can even think of vying for the coveted Champions League title. 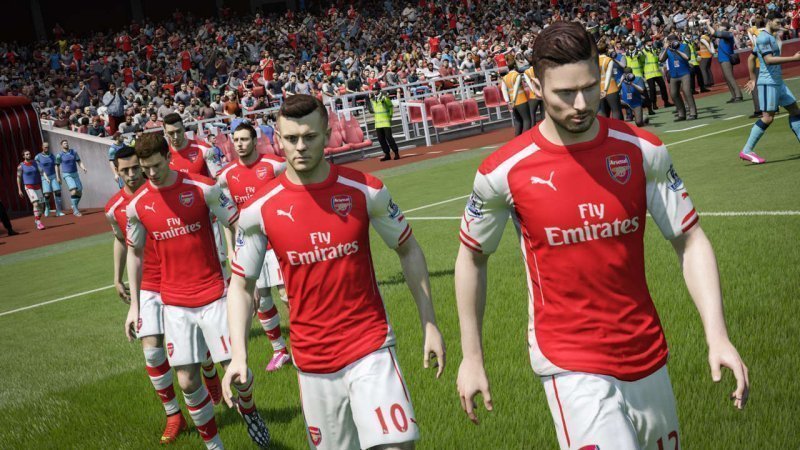 For amateurs, Master League can almost run itself at times, selecting substitutes and the like for you. As you upskill on the field, you should definitely consider taking over things behind-the-scenes as well, as that’s where Master League can be the most rewarding.

If you’re more about just playing, Be a Legend mode caters directly to that. You start off as a singular player and are tasked to improve your worth in the football community. It’s a little lacking as compared to Master League, but for those who just want the on-field experience, Be a Legend will scratch that itch.

Finally, MyClub is PES’ answer to FIFA’s Ultimate Team, offering an RPG-like approach to football. Rather than opening card packs, a la FIFA, new players are gained via successful scouting. While you can go the microtransaction route to by MyClub Coins, which in turn provide players, I never had trouble getting coins from scouting itself. That aside, MyClub allows for season play, and does offer the ability to simulate matches. Similarly, GM-type managerial tasks can also be simulated, allowing for more time on the actual pitch.

Inside MyClub, your players gain XP after matches, but also from players who you’re not keen on; unwanted players can train those you’re wishing to improve. Chemistry is based around strategies, meaning your players will do better if they match your manager’s favourite formations and tactics. 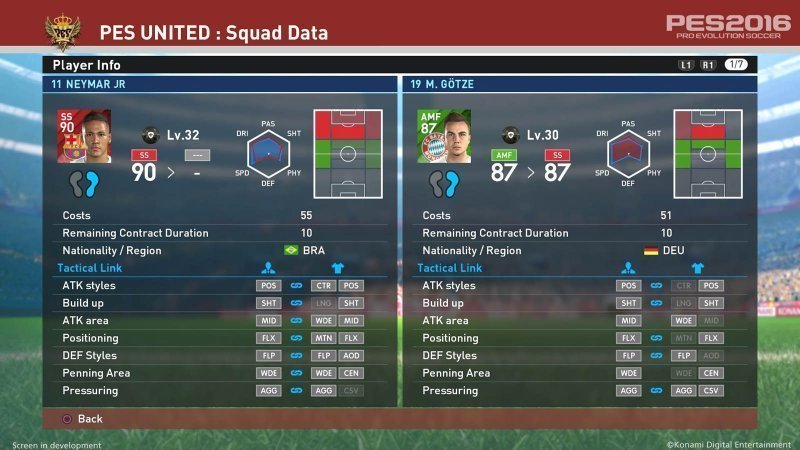 Online play proved to be the most impressive feature I experienced, playing with no noticeable lag as I matched up with opponents from around the world. The matchmaking system is perhaps the slowest bit of online play, but works wonders – I’m not particularly skilled, and I was constantly matched with players in the same position.

In terms of what’s bad, there’s not much there. Controls are stubbornly different than that inside FIFA, probably to set the games apart, so that always throws me for a loop. Finally, while I’m used to seeing lively arenas in current-gen sporting titles, looking at fans inside PES 2016 will give you a bit of a shock; spectators are merely blobs spazzing about.

PES 2016 is different from FIFA 16, yet feels like a true improvement over last year instead of just a refinement. For those that pick up both football games a year (or every second, even), I feel like this is a good time to be you. For those that only grab one, I’d almost go with PES just to check out how it’s progressed. In the end, stick with what you love in terms of football games and you won’t go wrong.

PES 2016 was reviewed using a promotional code on Xbox One, as provided by the publisher.