Penarium is ready to fill that #IDARB-shaped hole in your heart, folks. Not that you’ve stopped playing #IDARB.

Billing itself as a “sadistic circus extravaganza,” the premise of Penarium seems pretty simple: you play as a kidnapped farmhand who’s been thrown into a carnival of pain. As a chunky little sprite, you simply avoid obstacles while completing standard objectives — things like collecting barrels and potions or popping balloons. I say “simply” like it’s easy. 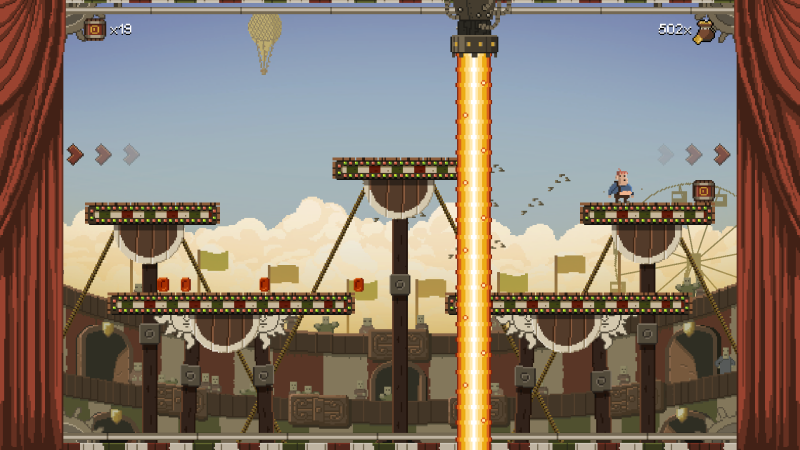 Let’s put it this way: there are a lot of Achievements in Penarium that revolve around dying a bunch of times. Thankfully, gameplay is fast, furious and resets super quickly, so you’ll be happy trying again and again.

Levels wrap around on themselves, meaning you can jump from a platform on the right of the screen to one on the left. That is, unless the sadistic circus Ringmaster decides to block those off. He’s a mean little dude, throwing an ever-changing assortment of obstacles at you; he also changes up tactics after you make good on five objectives at a time. Sometimes, platforms get rotating blades or jagged ice spikes. Other times, a big ol’ lazer chases you across the screen. One thing’s for sure – one of those traps will end you.

Penarium has three main modes: a story-based campaign, an ever-spawning arcade setup and multiplayer. Take your pick, ‘cause all are damn fun. The 30-level single-player campaign really gets you used to the game’s mechanics, and in a format where your friends won’t be able to laugh at your sometimes amazingly feeble attempts. Two-player multiplayer can be tackled co-operatively or competitively, but it’s in the latter mode where you’ll have the most fun. Grab a friend, take a seat on the couch and be prepared for viciousness. 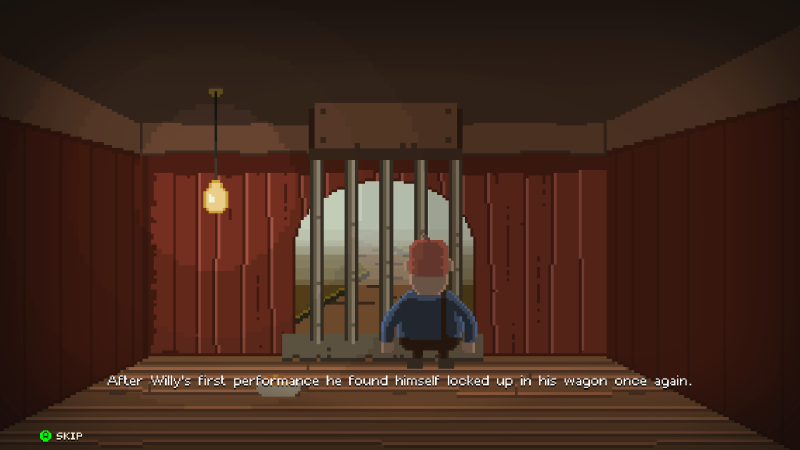 While not explicitly designed for it, pass-the-controller co-op suits any number of friends in arcade mode. It’s an endless runner of sorts, challenging you to collect as many barrels as you can in one life. All three modes work so well, and that’s because Penarium’s core gameplay loop is amazing: simple, easy to learn and hard to master.

Penarium is the first pixelated game in a long while that hasn’t wanted to make me vomit from outrageous levels of hipsterism. I’ve had nothing but amazing experiences with the game and as such, highly recommend it.

Penarium was reviewed using a promotional code on Xbox One, as provided by the publisher.

TagsPenarium Self Made Miracle Team17
FacebookTwitterLinkedInRedditEmail