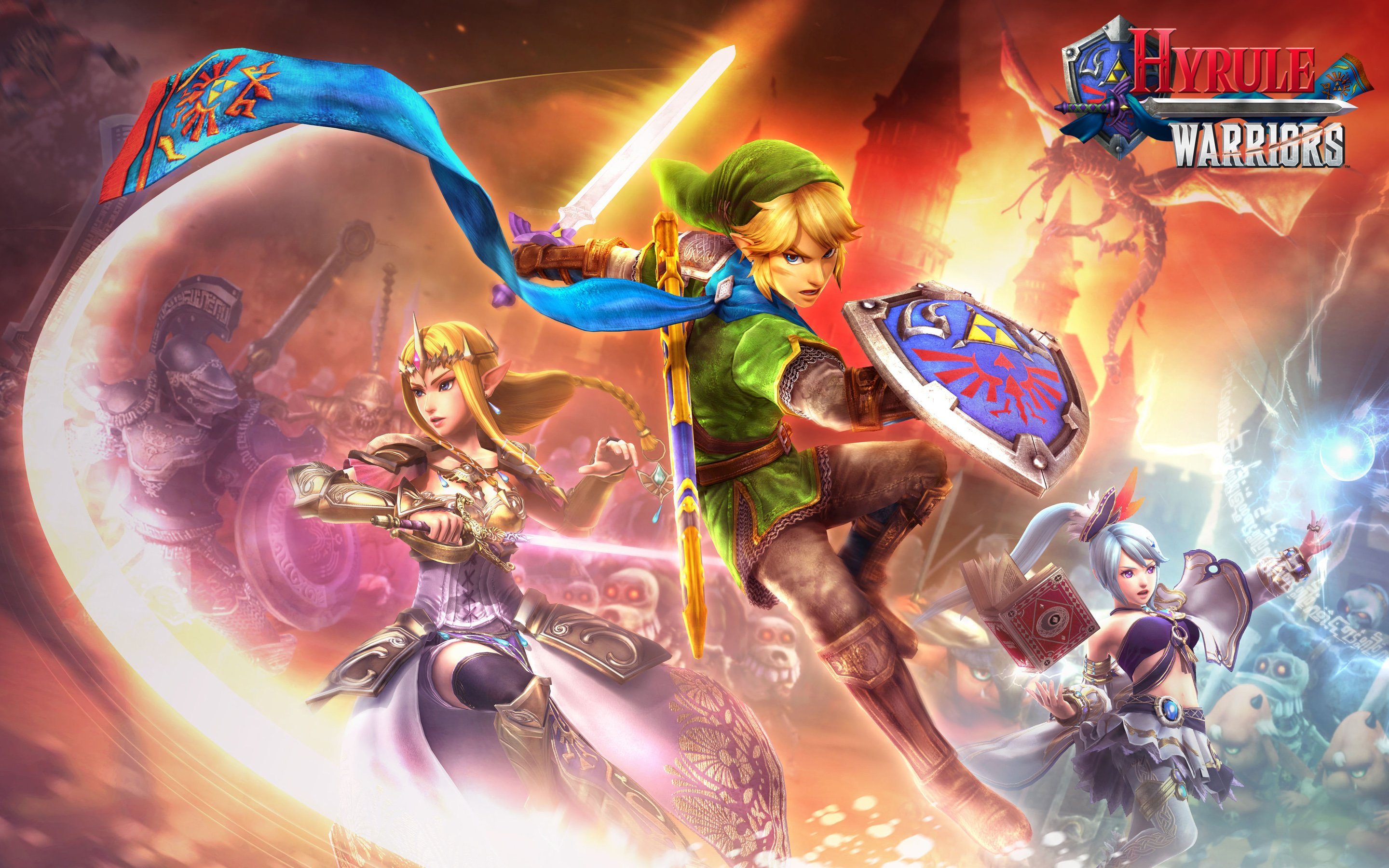 Update: Hyrule Warriors Definitive Edition on Switch is the third release of the game, following a 3DS port in 2016 and the original Wii U release of 2014. If Nintendo can recycle a game again and again, so can we with our review. Enjoy!

Original (3DS, revamped from Wii U) review: Hyrule Warriors is, basically, Dynasty Warriors using characters from The Legend of Zelda. Myriad characters. Hell, this 3DS port of the Wii U original adds even more heroes to the mix, all preying upon Zelda fans’ feelings of nostalgia.

I’m going to quote from Leo’s Wii U preview sporadically in this review; if Nintendo can re-release content, so can we.

Hyrule Warriors an odd beast. On one hand, it’s kind of brilliant to pair the universe of The Legend of Zelda with the gameplay of the Dynasty Warriors franchise. On the other, it takes everything that makes Zelda a beloved franchise and replaces it with endless hacking and slashing. It’s a tough sell in the west; the crossover of Warriors and Zelda fans, outside of Japan, isn’t likely to be all that large. This new 3DS release hopes to entice those who fit into that category and presumably don’t own a Wii U. That said, those that do and already own the game are being teased with a download code for the portable offering’s new playable characters. Those include Link-as-a-girl Linkle, Toon Link, Tetra, Skull Kid, Marin and King Daphnes. Legends also comes with a new trident weapon for villain Ganondorf.

If you’re familiar with the Dynasty Warriors games then you basically know everything you need to about Hyrule Warriors. It’s Dynasty Warriors in a Zelda suit. Not just any suit, mind you; it’s like Buffalo Bill has systematically kidnapped, thrown down a well, force-moisturised and then skinned several Legend of Zelda games to fashion into said Zelda get-up. If that sounds macabre and something of a Frankenstein, well that’s how Hyrule Warriors plays. If you’re not familiar with Warriors, you control a chieftain in a large battle. You rush, third-person, into epic fights, with each button press basically cutting down hundreds of opponents in one fell swoop. It’s uber Japanese. Uber.

Legends largely plays like its Wii U cousin, but provides a new method of switching between characters on the battlefield. A new mode called My Fairy also allows for the collection and training of said fairies to aid in battle. Legends allows for fast travel via an Ocarina and assorted Owl Statues and a new Hammer that appears to exist purely to aid in the battle against the game’s new boss, the Helmaroc King.

Legends includes some of the Wii U’s DLC, but also adds a new story mode for Linkle. That basically mirrors Link’s — get to Hyrule Castle and save the say. As Challenge Mode and multiplayer don’t exist in the 3DS version of the game, Linkle’s story mode provides that value for money balance so many are after. Those with a New 3DS can also take advantage of amiibo support; all amiibo are supported and can be scanned for weapons and items once a day.

While gameplay is quite similar, I found myself enjoying Hyrule Warriors on Wii U over 3DS. Call me old, but my eyes were quite strained on the 3DS, especially with so much going on at one time. Gameplay can be bite-sized, so there’s no real advantage there on either platform; you can pick up and play for a bit, or for a prolonged session.

Like its predecessor, Hyrule Warriors Legends does boast high production values. The game world and characters are very pretty and nicely rendered and everything is nice and crisp and colourful. There are a huge number of playable Zelda characters included and the line-up features many strong, independent females, which is great. In a refreshing change of pace, it’s even better that despite being developed by Koei Tecmo there aren’t an abundance of barely covered breasts on display.

If you’re a huge Zelda fan you might get a kick out of Hyrule Warriors and if you’re a Dynasty Warriors fan you’re sure to find something to love. If you missed this on Wii U, it’s worth a go, but if you’ve been there and done that, you’re probably best saving your money for something else — like, a certain proper Zelda re-release that’s just landed on Wii U.

Hyrule Warriors was reviewed using promotional codes on Wii U, 3DS and Switch, all as provided by the publisher. The original 3DS review was published 31 March 2016. Click here to learn more about Stevivor’s scoring scale.