I loved Guitar Hero: World Tour. Like, LOVED it. Experiencing the franchise for the first time (hard to believe, right?), I went from buying the guitar bundle to heading back out to the store that very same day to buy the previous games in the franchise. Not long after, I splurged and bought the whole shebang – and let me tell you, I was awesome on those plastic drums.

Sadly, not a lot of time passed before Guitar Hero just stopped doing it for me and I wasn’t alone. Representing the epitome of franchise fatigue, gamers got collectively sick of the band simulator. We washed our hands of yearly releases that stuck to the same, tired formula and Guitar Hero quietly, yet abruptly died; a shadow of its former self.

It was wise of Activision to let Guitar Hero have a bit of a break, and even smarter to bring it back as something different altogether; Guitar Hero Live. Gone is the bass guitar, drums are no more and what’s left is a Guitar Hero meets Singstar experience. While there is some singing, for the most part it’s just you, some video, a six-button guitar and – most importantly — the music. 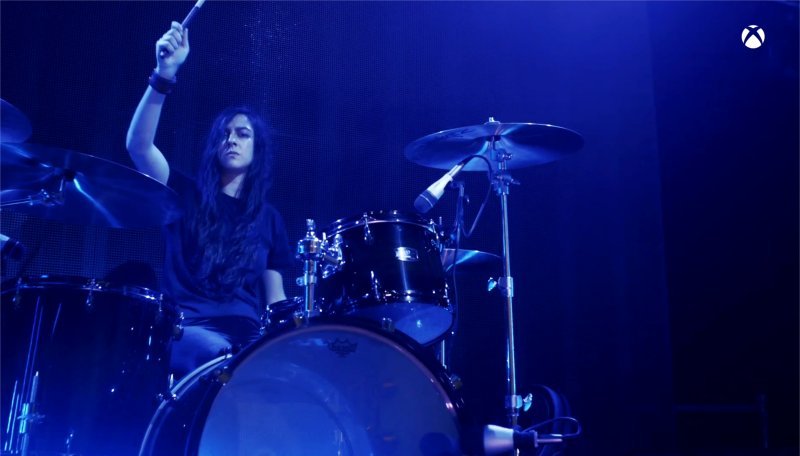 You can pair up a phone to sing along, but Guitar Hero Live is primarily about being a lead guitarist. While playing you’re either in first-person mode, on stage and rocking out or playing over the top of a music video. When playing sets in the career-based offline experience — the bit of Live actually called Live — you’re part of a rough-and-tumble band, out on a stage trying to impress fans densely clustered in a rockin’ moshpit. In GHTV, the game’s new streaming service, your real/fake band is done away with and it’s just you and a note path over top of said music videos; both new and old.

The new guitar takes some getting used to. Despite its learning curve, I appreciate and adore it far more than past peripherals. Even with my large hands, trying to hit the bottom end of the old five-button GH guitars proved almost impossible. This time around, you’ve two rows of three buttons right at the top of the neck, meaning everything’s in easy reach. That doesn’t mean the need for nimble fingers has been done away with, mind you.

Playing right-handed, the top row of buttons is identified with a hollow plectrum (or pick) symbol, and the buttons below a filled-in one. As notes are displayed in black and white, colour-blind players should be at a level playing field with those who aren’t. Power chords, where you need to hit a button on the top and bottom row at the same time, are displayed in almost a ying-and-yang like fashion. As a veteran of the franchise, I found the new note path easy enough to follow, though it did take a couple of songs to really get the mantra of, “hollow is top, filled is bottom” into my head. It took a couple more songs to get my fingers to work with my brain after that. 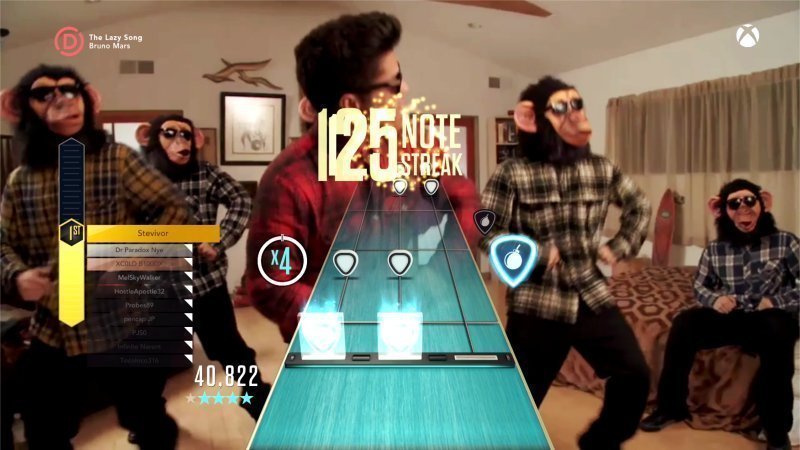 Live’s tutorial is a nice little way to ease you into getting note locations straight in your head, moving onto Hero Power and the like before setting you off on a three-song gig to get the flow of the game. From there, you can continue with the title’s career mode, taking you through music festivals in more three-song gigs. While the FMV sequences are a little generic, it’s fun enough. More importantly, it’s a necessary activity to complete, because career mode is used to unlock each of the 42 in-game songs for quickplay later on.

In terms of the difficulty of gameplay, you’ll probably need to play on Casual mode for a little while to ditch old muscle memory and teach yourself some new tricks, but it does get very easy pretty quickly. For review purposes, I tried to fly through difficulties – and shouldn’t have. Expert kicked my ass… but admittedly, it always has. I found myself switching between Regular and Advanced depending on the intensity of the song. No matter your skill level, I think the four difficulties on offer will make Live suitable for any rocker.

As evidenced by a dedicated button on the new guitar that takes you straight to the mode, the meat and potatoes of Live is in GHTV. With an ever-changing catalogue of songs, you’ll always have a couple channels to jump into. In said channels, developer FreeStyle handles the playlist, mixing it up with classic rock, current rock and even a song or two by One Direction or Bruno Mars. Think of it like Just Dance’s World Stage – GHTV plays a song and you’re able to jump in if you want to give it a crack. If one comes on that you’re not crazy about, you simply stop or head to a different channel. 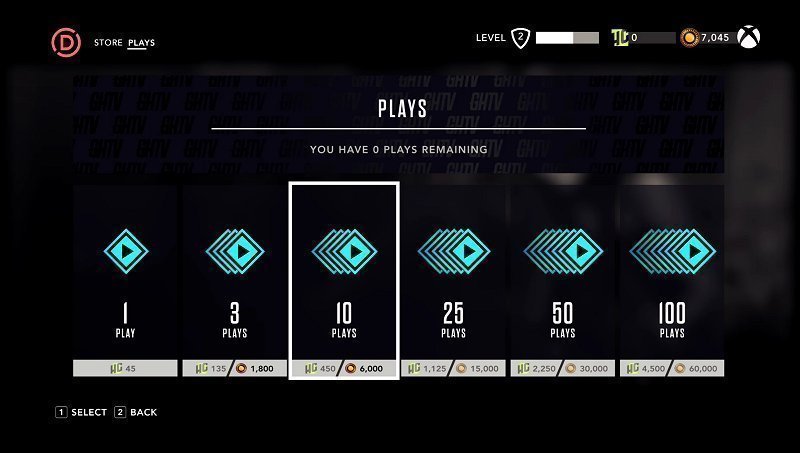 For those who like to have more control, you can play on-demand content using a Play. Yes, Plays are essentially microtransactions, but I’ll truly be surprised if you’ll ever need to spend real-world cash on ’em. Playing in the mode, on-demand or not, will constantly earn you in-game coin which is in turn used to buy Plays. From there, it’s simple – one Play equals, well, one play. In my first hour with GHTV, I had amassed around 15 Plays, and that was while I was actively burning through them. Sure, you’re never going to own the content you’re playing in GHTV, but I’m quite alright with a steady stream of new content at my fingertips.

While GHTV does allow for a second guitar controller to be plugged in for two-player action, that’s about all you’re going to get in terms of multiplayer. It’s a good and bad point — the paring down of Guitar Hero was needed to present something fresh, but it will be difficult to have a bunch of friends over for a Guitar Hero party if you’re constantly forced to pass two guitars around.

It’s funny – I speak of franchise fatigue with Guitar Hero, yet the same thing happened with Rock Band. I suppose it would have been more suitable to call it genre fatigue. Yet, here we are in 2015 with both of the big hitters in an abused genre trying to make a comeback. While I’ve yet to play Harmonix’s newest attempt, I do know it’s more likely to feel like that same ol’ tired experience. Guitar Hero Live has come back out swinging, offering up a new take on a familiar experience complete with opportunities affordable thanks to today’s technology. This one comes highly recommended to hardcore and casual fans alike.

Guitar Hero Live was reviewed using a guitar and game disc on Xbox One, as provided by the publisher.