It’s that time of year again: another FIFA release in what’s become an inevitable and welcome addition with every release. But what’s changed to make this latest release a required pickup for soccer fanatics?

With FIFA 12, Electronic Arts added the revolutionary new gameplay system, which placed a higher emphasis on physics. With this latest release, there have been further improvements to the game engine. The changes have resulted in more control over both your teams offense and defensive skills by ways of the new First Touch Control system.

The new First Touch Control system eliminates the perfect control that players once had on the ball by creating uncertainty when receiving difficult passes. Whilst initially sounding like a negative addition, it in fact adds greater opportunities for players on the defensive. Also the addition of a new feature — Complete Dribbling — allows players to execute greater control granting 360-degree mobility during possession while also granting players more explosive acceleration with the ball. Players will find that this makes matches seem faster. 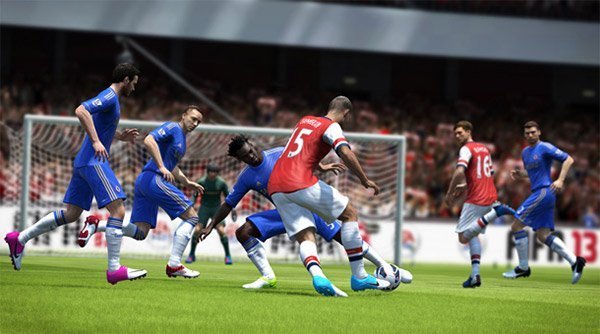 During loading sequences as well as the training mode, new skills are now playable as a means to both fill in time as well as allow newcomers to learn the ropes. Series veterans can use the time to continue to master their skills. It actually results in a great way for friends to test their abilities and compete for higher scores.

Career modes return for another bout, allowing you to both manage a team or create your own player and guide them through the ranks and leagues.  Like previous releases you’re able to update your FIFA data with the real time from the official leagues for each of the players that are represented in the teams.  One of the most interesting new features in relation to Career mode is the addition of the EA Sports Football Club. By using either your web browser or downloading the iOS app for your Apple device (or perhaps even both) you can manage your teams, earn rewards and take part in live challenges. It’s a great way for diehard fans to go beyond the console.

Graphically, the FIFA 13 continues to improve from its predecessor. The weather effects appear more dynamic and wild, while team members have improved animations. They appear to react in a more realistic matter than ever before.  Menus are also bright, sharp and clear, taking on a more metro style theme that seems to be all the rage these days. Beyond this there aren’t many other changes to the existing graphical formula at first glance. It’s business as usual. 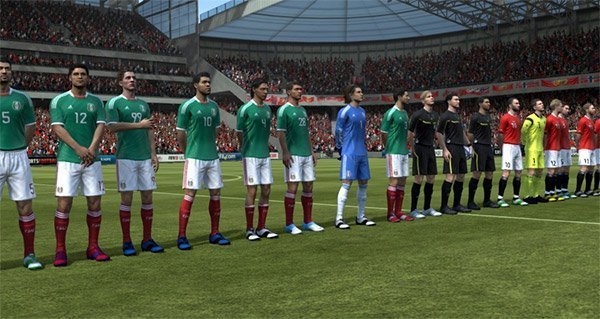 The audio soundtrack featured sees the return of the traditional commentators. While they definitely add to the overall dynamic feel of the matches they have a tendency to be somewhat cyclical in nature.

FIFA has always had an impressive reputation throughout the series. Each release further pushes the boundaries of the framework creating a more vivid and realistic simulation that provides both an entertaining and competitive sandbox to compete in. This release is no different in fact it’s atypical of a new entry to the series. FIFA 13 is an impressive title of the same and more.