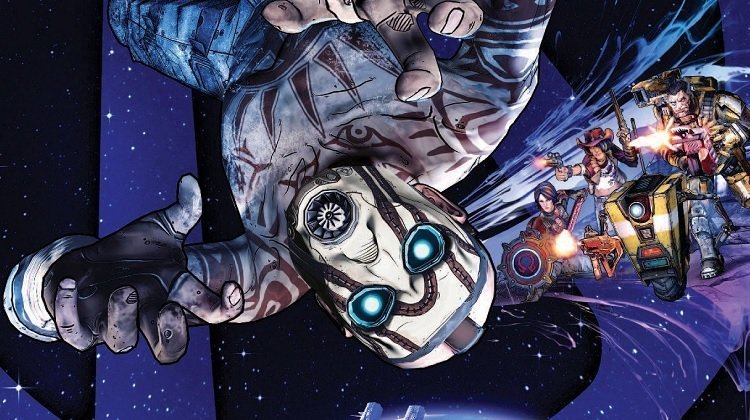 I remember a few years back at E3 when everyone was talking about this game called Destiny that was being presented behind closed doors. We had seen it in action but still didn’t really know what it was – I remember hearing that ‘Halo meets Borderlands in an MMO’ was being thrown around. I remember the developers talking about Destiny, describing how you would go out on missions in groups, how other people would look at your gun and want to know where you got it from, and then you’d be able to tell this epic story about how you found this magnificent weapon.

I’m standing alongside a group of people years later, some of them friends, some of them strangers. I’m shooting at a cave. These are not the stories I thought I’d be telling. I’m thinking about how disappointed I am in Destiny. I’m thinking about how could Bungie have messed up so badly. I’m thinking about how much it’s making me want to play something else; how much I wanted to play the next Borderlands game instead. You see, the Borderlands games absolutely nail one of the things Destiny was trying to do. When you find a new powerful gun in Borderlands, it’s freaking awesome; you aren’t spending the next tens of hours making a gun you found powerful instead. That’s just backwards. This is why Borderlands has become one of my favourite series over the years; Gearbox have kicked goals in so many fundamental areas that not a lot of other developers even come close to. With the latest iteration in the series they have handed over the keys to the local studio 2K Australia who have done wonderful job at delivering even more ridiculous fun.

Taking place between the events of Borderlands 1 and 2, Borderlands: The Pre-Sequel tells the story of the Borderlands 2 main antagonist Handsome Jack and his rise to power. Once again a range of new vault hunters are available to play as with each of them having their own unique skill tree of abilities. Where the original games have been set on the planet of Pandora, this one takes you to its Moon known as Elpis and the Hyperion space station called Helios. This is where you’ll spent all your time adventuring, either running it solo or jumping into co-op with some of your friends.

Borderlands: The Pre-Sequel plays relatively the same as Borderlands 2; there aren’t really a huge amount of changes, so most of it will be very familiar for those who have played before. You’ll go from mission to mission completing tasks and earning rewards, and along the way you’ll get bucketloads of loot to deck out your character with, alongside crazy weapons that each have unique properties. One of the biggest changes that you’ll find is the way you’ll maneuverer around the environment; gravity plays a bigger role now that you’re jumping around a moon, so it’s a lot floatier than the past games in the series. Because of this there is a bit more verticality when you’re shooting enemies, and the added functionality of the butt-slam mechanic, which allows you to jump high into the air and stomp down causing some devastation to the area.

This also factors into their oxygen mechanic which means you need O2 — or Oz kits as they call them — to replenish your air levels. You can also find special pockets of air, activate oxygen generators, go inside buildings or similar to achieve the same recharge. While it does introduce some cool new mechanics into the series, I still have a few problems that I’m conflicted with. Borderlands has always been about having stupid amounts of fun in stupid ways, but managing an air meter the entire game is not fun. The O2 meter depletes as you use gravity abilities or just walk outside of the atmosphere, once it has run out you start losing health until you die. At a certain point though several hours into the game this penalty starts to negate itself because I found that I was generating more health than I was losing from the lack of oxygen; there’s even an achievement for surviving 5 minutes without air. It just doesn’t seem to be sure of itself. There were even instances where I would be in low gravity and find myself opening up a box of loot or killing an enemy, only to have all the loot quickly fly off into space because… well, because its funny? Maybe the first time, but not 30 hours in.

The environments in Borderlands: The Pre-Sequel are a little disappointing. They suffer from the same problem the original Borderlands game had where everything was very brown. Because, in this case, you’re dealing with being mainly isolated on a moon or space station, you’re left with this pallet of soft whites and blues — a lot of lighter colours. It would have been nice to have a lot more variety as you feel like you’re looking at the same textures hour after hour. Over on the old generation of consoles like the PlayStation 3, the game engine might be starting to show its age a little but because it is so heavily stylised, it definitely isn’t too distracting. It’s not until you fire it up Borderlands: The Pre-Sequel on the PC that you really see some significant differences. With being able to make a lot of changes to the graphical options in the game to your liking; including additional settings like Nvidia’s exclusive PhysX effects – it ends up looking very nice running on a decent PC rig.

One of the aspects I’ve always liked about the Borderlands series was its writing; each game really seemed to find its footing and begin to shine in the original Borderlands DLC “The Secret Armory of General Knoxx”. The writing quality is still great this time around and Gearbox and 2K have injected a whole bunch of Aussie into what is definitely the most Australian video game I’ve ever played. The majority of characters on this moon are Australian, with their accents ranging from the extremes you would find in a terrible American film to the subtle accent that many of us in this country are used to. Along with a lot of the characters the missions are also sprinkled with cultural references, some of which may fly over the top of heads in other countries.

Over in the weapons department there have been some minor changes to the bazillion guns on offer with freakin’ lasers being added into the mix. Much like the other weapons in the game there are variations on the laser depending on what type of manufacture the gun is made from. Also being dropped in is a cryo elemental effect which can freeze enemies solid in their tracks. This elemental effect in combination with a butt-stomp can clear away foes quite quickly allowing you mix up your combat strategy a little.

Borderlands: The Pre-Sequel is a great addition to the series but it does feels more like a very big DLC game because it doesn’t bring in anything substantially new. Where it does pay off however is the humour in the writing and the story arc for the main antagonist – it is amazingly fleshed out to where you see this interesting character transition throughout the course of the game. But in the end there’s loads of content packed in and you’ll have a lot of fun smashing your way through the missions while we all wait for the next act in the Borderlands series to make an appearance.

Borderlands: The Pre-Sequel was reviewed using a retail PS3 copy of the game provided by 2K Games. We also tested the digital PC version for comparison which was purchased by the reviewer.