Home » Reviews » The Pillars of the Earth Review: Of God and Kings 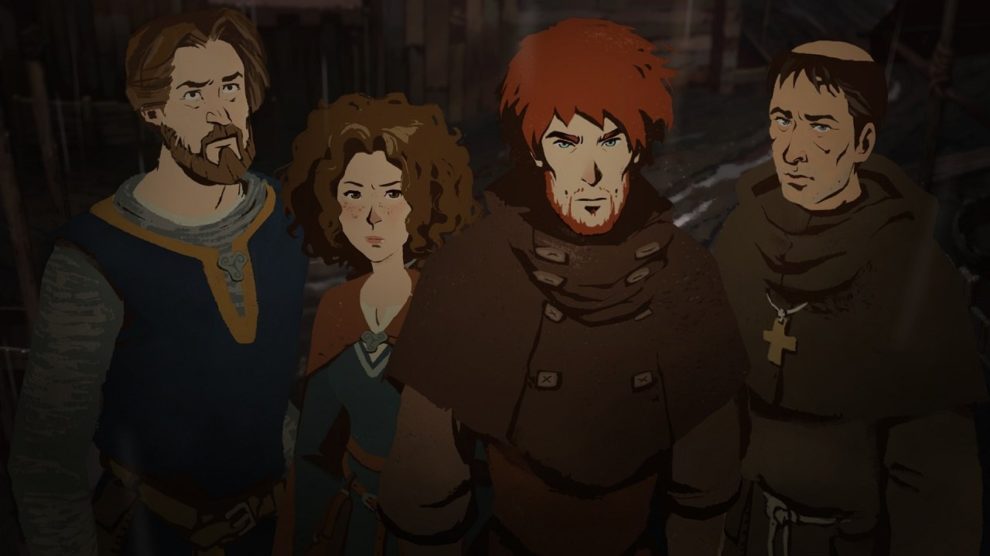 I first read Ken Follett’s cathedral building epic The Pillars of the Earth to get out of a month learning about medieval England in year nine history. Correctly identifying our group as students who may not find an interminable number of monarchs named Henry very stimulating, our history teacher instead proposed that we would pass the unit if we read this 1000 page book and could answer a quiz on it at the end. Follett’s tale of war, sex and power was indeed stimulating to our teenage minds, and as a bonus I learned far, far more about cathedral construction than I ever needed to know.

Point and click specialist Daedalic Entertainment has taken on the effort to turn this mammoth, multigenerational tale into an episodic video game nearly thirty years after its original release. You can be forgiven for lacking familiarity with the German studio’s previous work, but you will probably recognise the Telltale-esque style of conversation and semi-consequential decision making employed in The Pillars of the Earth. There is some light inventory based puzzle solving and a few generous quick time events to spice things up, but most of your time in The Pillars of the Earth is spent walking around talking to people and looking at things, all in the name of absorbing the exceptionally presented story. 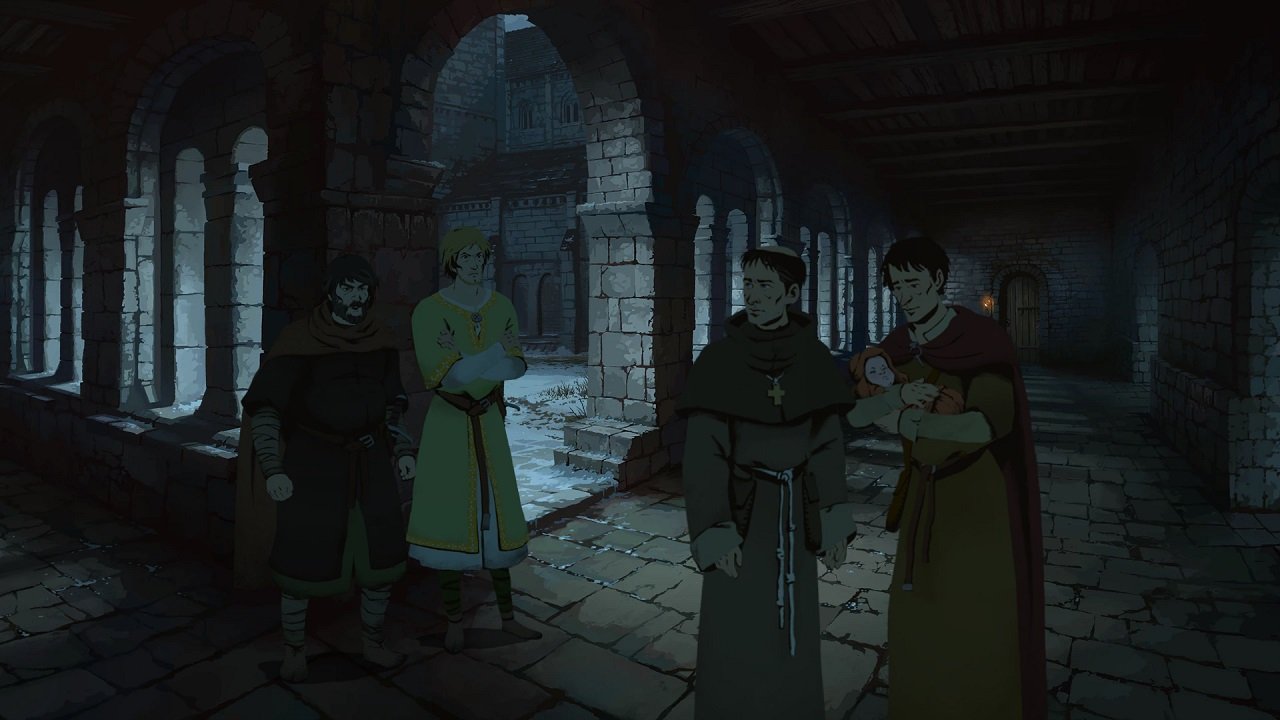 The story centres on the small village of Kingsbridge and its priory in 12th century England, where the Anarchy has left the people, church and local politics in disarray. You take the role of several people whose lives intertwine around the building of Kingsbridge cathedral, from a humble monk to a master builder, a boy raised in the woods and a daughter of nobility, following their lives over 40 years. It is a time period and setting ripe for intrigue and drama; on that front The Pillars of the Earth lives up to its classic source material.

For those familiar with the source, this is a faithful interpretation of the book that does an excellent job distilling the essence of the characters while trimming the epic for the sake of brevity. Some modifications are artistic choices made with Follett’s blessing; the author has consulted on the game throughout development and attached his name to the game’s official title. Not all of the characters of the book can get a full treatment, but the main characters are all well fleshed out with clear growth and development.

It does feel odd to be making adjustments to a well known story with your own choices (and you can make some significant departures from the book with your decisions) but the story eventually circles back to hit its main beats. The few times agency is taken from you stand out, with progress halted until you do only what is required for the major plot points to continue. You won’t be carving your own unique tale here, but you will influence your relationship with characters throughout and the decisions you do make are used in some interesting ways in the final chapters, one choice in particular left me shaking my head in regret when I realised what it would lead to. 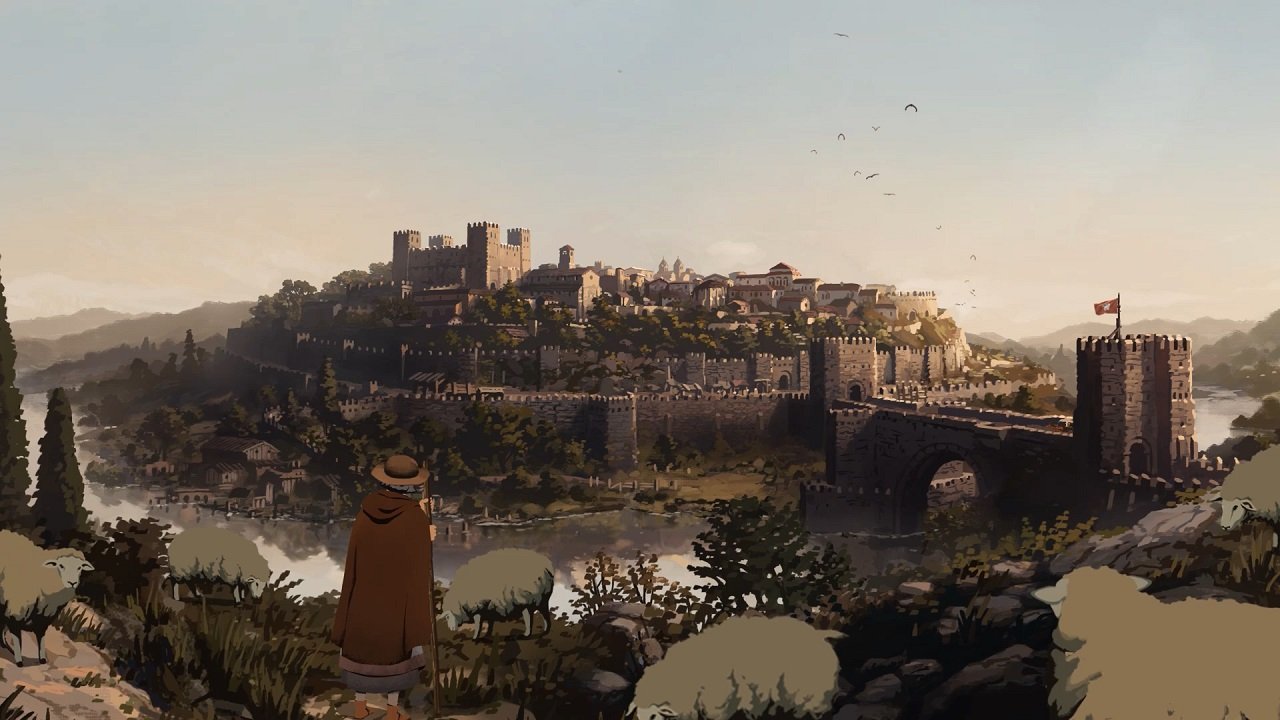 The Pillars of the Earth looks and sounds incredible. The voice acting is wonderful; evocative and emotional but not overacted or stilted. It could occasionally use some hurrying up, both the spoken word and the contemplative pauses between sentences, but a considered pace feels appropriate when adapting a novel that happily spends ten pages describing cathedral arches. The score is excellent, composer Tilo Alphermann has created a haunting theme that is used to great effect throughout and the sense of dread and hope the game creates is owed near entirely to the soundtrack.

The game is no technical masterpiece but the locations and characters are simply beautiful, making particularly good use of colour to impose moods and evoking the classic days of point and click where limited animation could still say so much. It suits the period and the story perfectly. The interface is solid, with controller or mouse your inventory is easily accessed and applied to items of interest, all of which can be highlighted in the UI to remove the need for pixel hunting. The usual point and click verbs apply here, but looking at an object will give you insight through the characters inner monologue. This is used to great effect in implying the urgency, despair and anger in characters at certain points as well as fleshing out their worldview.

There are a few moments in the story that drag, often at the beginning of each of the three episodes. Movement speed is slow and in particular the priory can be a pain to navigate quickly, making backtracking a hassle. When the game drags you into its narrative and starts to feel closer to interactive fiction than game, being dumped back into finding and fetching is jarring. There is usually some reward in the form of extended storytelling for those that engage in the extracurricular activities; an interaction between the grumpy sub-prior and some quarreling workers is a particular highlight, but the pacing is certainly uneven and not helped by crucial information being revealed in optional “read it yourself” inventory popups. 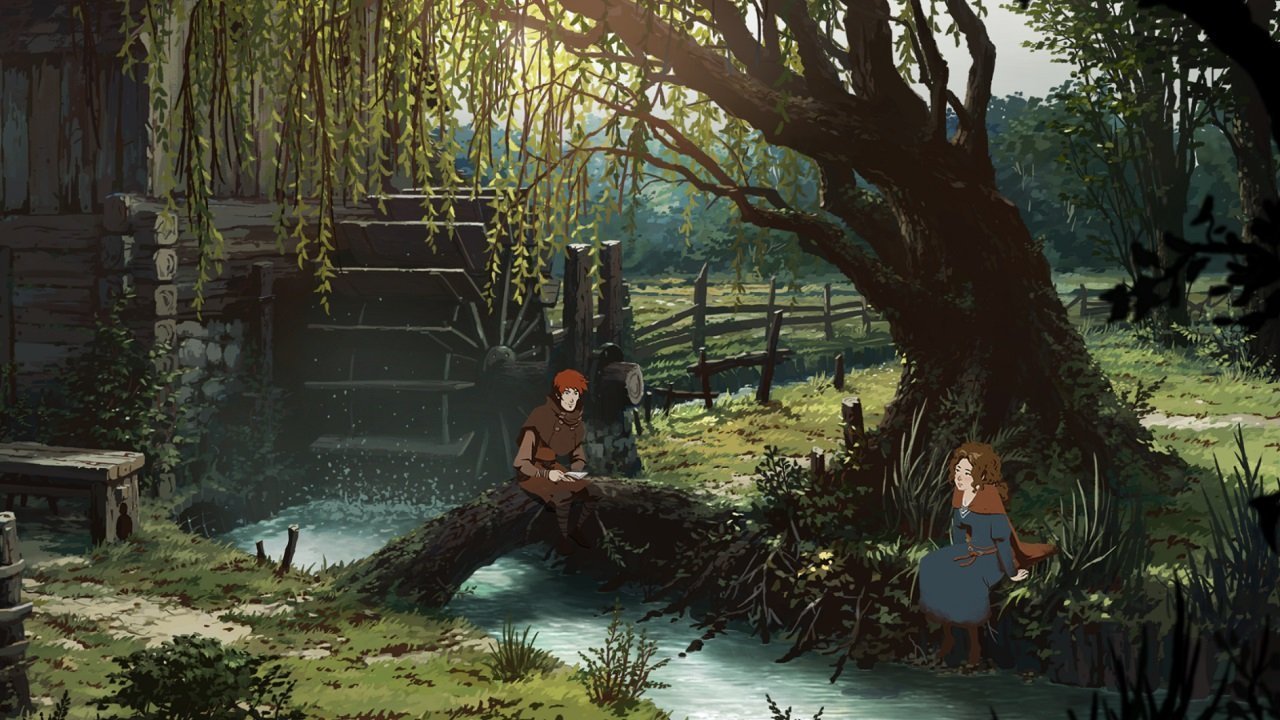 The question must be asked; what does the format of games bring to a story already well told in a book and mini-series? At times I wondered if the drudgery of prior navigation or running around town maps was a worthwhile tradeoff for some nice visuals and great voice acting, but ultimately The Pillars of the Earth justified its format. There are some interesting moments where you can choose the dialogue of either character in a conversation, and where previous actions and interactions open up (or shut down) additional options to solve a problem. Most importantly, the third act delivers some clever consequences to your decision making in several key scenes that had me questioning and regretting even minor choices I had made. Some players may wish for more agency and interaction in their games, but The Pillars of the Earth does deliver on the promise of the medium.

A period drama around the building of a cathedral may not sound like a rollicking good time, but for the patient among us The Pillars of the Earth weaves a fascinating tale and does so with superb style. You wouldn’t expect anything less from such great source material, and I can only hope that one day a year nine history teacher will be letting bratty students go and play this game to learn about life in the Anarchy rather than making them read a 1000 page cathedral construction manual.

The Pillars of the Earth was reviewed using a promotional code on PC, as provided by the publisher. Click here to learn more about Stevivor’s scoring scale.