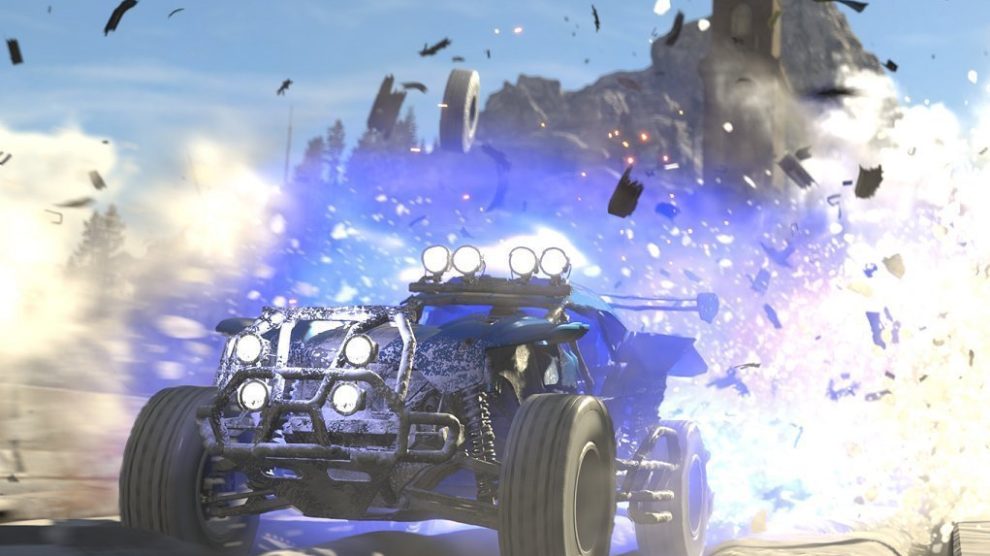 We’re living in strange times these days. Imagine a shooter where your kills didn’t determine the winner, or an RPG where there was no end-boss. In The Fast & The Furious, Dominic Toretto once said, “it doesn’t matter whether you win by an inch or a mile – winning’s winning,” but picture a racer where first place wasn’t decided by who crossed the finish line first. Well, you don’t need to think too hard because Codemasters’ latest offering, Onrush, is just that.

The premise behind Onrush can be described with one word: boost. As you race around the track the goal is to take your down opponents and earn boost. Well, I say ‘race’ but in Onrush I use the term loosely, and when I say ‘track’ there aren’t any because there’s no start/finish lines – just a combination of courses that you keep looping around trying to meet your objectives. Like I said, the whole point of the game is to earn boost by either taking down either the opposing team or slower and easier targets referred to as ‘fodder.’ Using boost then fills your Rush meter, which when used acts as a more powerful boost, hitting breakneck speeds and allowing you to take down opponents with greater ease. 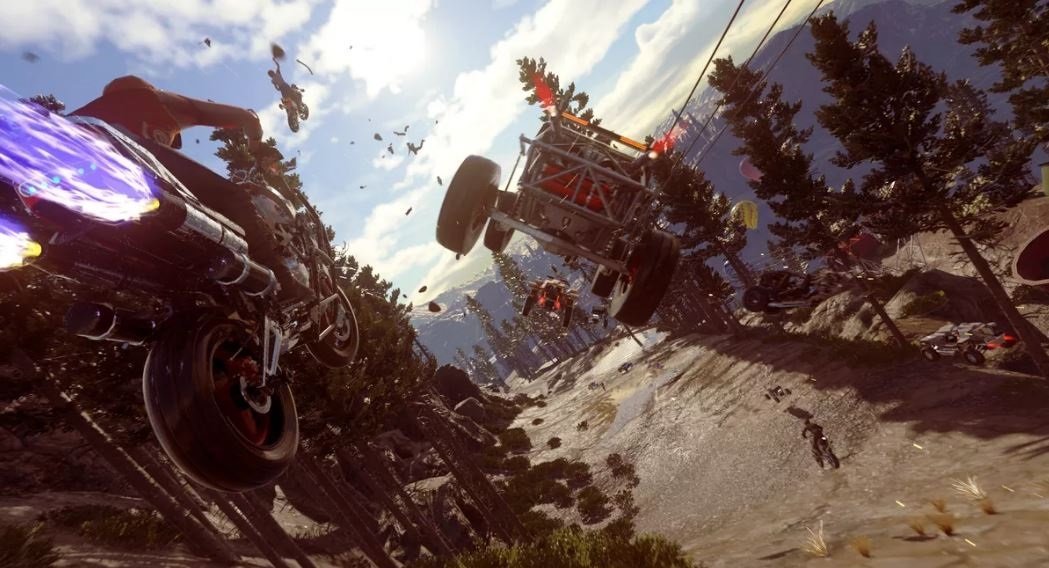 There is no traditional race mode in Onrush; instead you’re offered four alternate modes: overdrive, lockdown, countdown and switch. The entire game is played in teams (whether AI or human) with no solo events. Beginning with Overdrive, your team earn points by chaining together boost and rush until either side hits the high score. Lockdown is a king of the hill-esque mode where you and your team need to stay within a moving perimeter to capture the zone, and in Countdown you drive through gates to earn time points and delay your timer from reaching zero. Switch on the other hand gives you three lives, and the aim is to take down each of you opponents three times before they do the same to you. Each time you wreck out you’re placed into a larger/heavier vehicle, where your objective changes from trying to outrun, to now trying to take down. Simple enough.

To add variety to the gameplay Onrush does offer 10 different locations and almost as many different vehicles to race with, with two motorbikes and five cars. Each vehicle has different perks and rush benefits – for example one will fill your rush metre each time you successfully land a front/backflip or when using rush it drains the boost from your opponents. Different vehicles are better suited for some modes over others – e.g. a bike is more effective for Lockdown than Switch, but in the scheme of things it’s muchness, muchness, and this is a great way to describe Onrush as a whole. 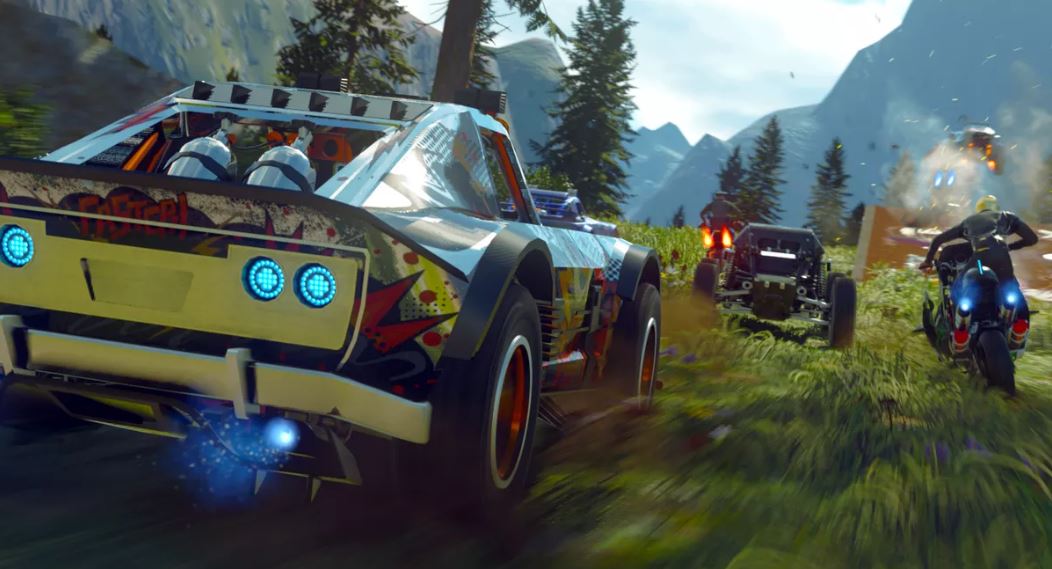 While the locations are uniquely detailed, because there are only four modes it doesn’t take long before the game starts to feel like it’s repeating itself. Made worse, because so much revolves around trying to take out the easier fodder opponents for boost, and that’s all you do, the premise rarely changes between modes. You’re essentially trying to drive fast and either stay within a circle or drive between two lines. Rinse and repeat. Oh, and while you’re trying to occasionally take out your opponents you’re also trying to avoid crashing yourself, but it’s here that we encounter a slight problem.

Each time you crash out in Onrush you’re taken to a screen where you’re able to change your vehicle (assuming more than one is available to choose from for that particular race). Once selected (or not), you have to wait five seconds until the game launches you back into the action. What’s worse, if you crash out because an opponent hits you, you’re forced to watch a replay of the attack, which is another 5 seconds or so of waiting. At this stage you’re well and truly removed from the action. Problem is, if you’re unfortunate enough to crash, spawn and crash again in a short amount of time, you’re left spending more time waiting in an unnecessary menu than actually playing. To remind ourselves, it’s an arcade racer, not a shooter. You shouldn’t be forced to a waiting screen when you crash in a game that has crashing as a major mechanic. What’s worse, the crashing is touch and go. It’s not nearly as forgiving as your Burnout or previous Need For Speed games, and not nearly as enjoyable either. 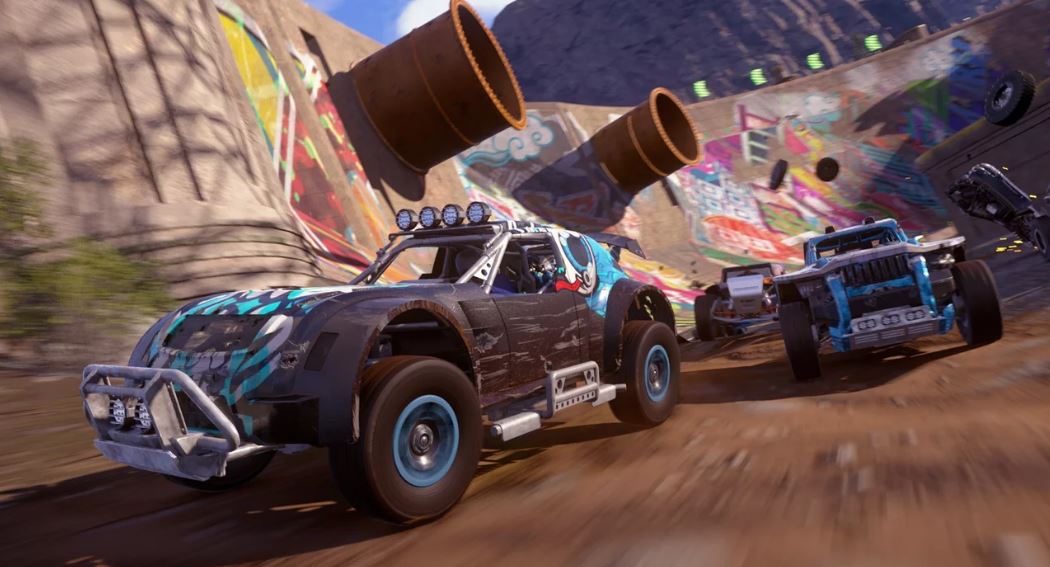 Perhaps what acts as the greatest nail in the coffin however is the presentation. From the beginning Onrush tries to be edgy and cool, but it’s akin to of those moments your dad wore a Hawaiian shirt, dark shades and a backwards snapback around your friends trying to prove he was ‘with it’. It wishes it was an X-Games title, except X-Games hasn’t been relevant since Tony Hawk’s Underground was popular. It grows old pretty quickly and loses appeal just as fast. You can tell that the developers have taken inspiration from games like Fortnight and Destiny where you can customise your character’s celebration after each race, but again, it’s a racing game. Focus on the actual racing.

Onrush is fun for a few rounds of fast-paced chaos especially in modes like Switch or Lockdown where you’re trying to keep driving as quickly as possible while not crashing but taking down others, but that’s about it – only for a few rounds. It seems like good party game, but even then it lacks the longevity that would make you want to come back for more after 30 minutes or so. It’s a fun premise, but one that’s a few years too late.

Onrush was reviewed on Xbox One, using a review copy provided by the publisher. Click here to learn more about Stevivor’s scoring scale. 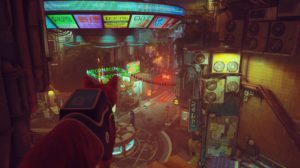