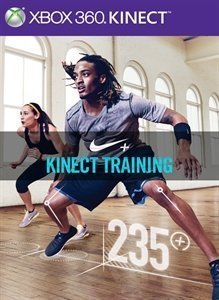 I’m 31. As the years go on, I find myself sitting on the couch more. Eating more. Definitely, I’m drinking more. A dislocated knee started it all; couch time was necessary to elevate the uncooperative joint. As I sat healing, boredom pushed me to play more video games. Soon after, as my gamerscore increased, so too did the beer I consumed while playing. Then, I had a couple more beers. Then, more than that. That same knee has been healing long enough to stop hurting, but not long enough that I can’t use it as an excuse to run or exercise just that little bit less. In the end, that’s all that knee really is now – mostly fine, but a convenient excuse, nonetheless.

Needless to say, I’ve found that it’s gotten a bit hard to fit some of my jeans.

Now, I’m a fan of Kinect-controlled fitness games – Ubisoft’s Your Shape series has had a soft spot in my heart for years – but the problem with those types of experiences is that they get very repetitive, VERY fast. After a week, I’ve gone through the programs I’m interested in, and then it’s just rinse and repeat. Working out four times a week swiftly throttles down to once or twice, and then not at all.

Nike+ Kinect Training is like its competition in that it possesses a finite set of exercises and occasional poor tracking. The big difference between it and other Kinect workout titles is that Nike+ Kinect Training has the extended power of Nike+ behind it, meaning you won’t lose the motivation to trim down or bulk up. 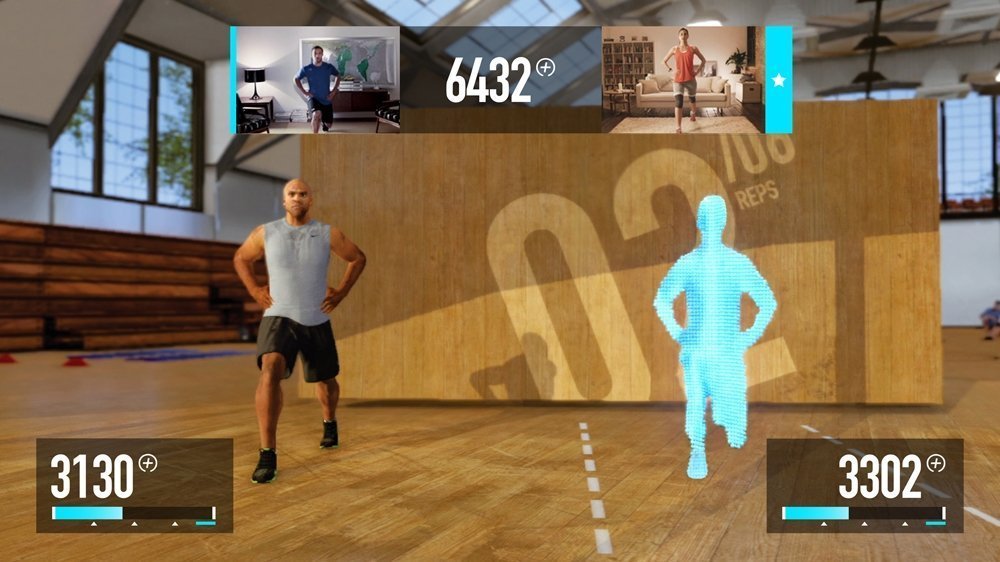 Nike+ Kinect Training does all the stuff you’d expect from a Kinect game while trying to get you “athlete fit,” and that’s to bombard you with a reasonably personalised set of exercises that you can perform in your lounge room. The Kinect will track you, recommend how to improve, and keep count of the calories you burn. As I said, standard stuff.

What it does on top of all this is connect you to the Nike+ network, which means it’ll also record the NikeFuel that you burn whilst exercising. According to Nike, NikeFuel is “all the activities of your athletic life. Running, walking, basketball. Nike+ devices measure your moves and turn them into NikeFuel. And since NikeFuel is calculated the same way for everyone, you can compare and compete with anyone.”

That’s a fairly good definition, but I’d just simplify it and call it fitness gamerscore.

Nike+ Kinect Training uses short, punchy drill-based workouts like high knee lifts, burpees, push ups, planks and more. It varies them up with fun, challenge-based activities like dodgeball and hurdles. Sessions feel unique, and you can easily tell they get ramped up as you improve upon your fitness. At any time, you can run a fitness assessment called a “Fuel Print,” which rates on your fitness and athleticism. The goal is to continually improve on those two scores and your overall Fuel Print. 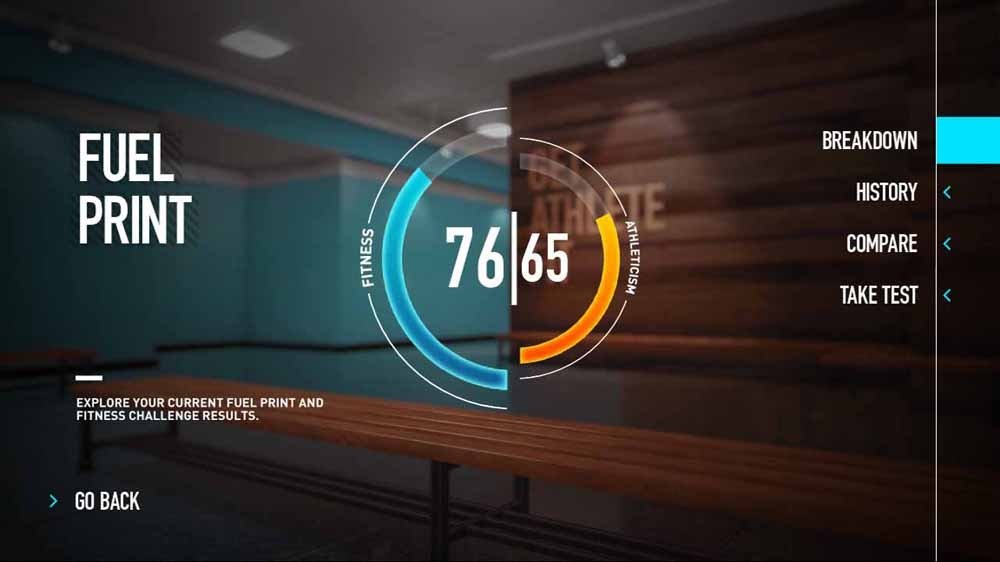 That’s called gamification, and it’s really something that other fitness games are lacking. Right now, I’m sitting on an average 52 fitness score, and an above-average 77 athleticism score. I’m not going to rest until they’re both WAY above what they should be for a man my age.

Beyond that, the rest of the Nike+ system lets you build a fairly flexible training program. I’ve downloaded the Nike+ Kinect Training, Nike+ Running and Nike+ FuelBand apps to track my Kinect, running, and other movement-based exercises. Today, I took my iPhone on the treadmill and its accelerometers tracked my run, giving me a NikeFuel boost. A bit later, my iPhone chimed to remind me of a Nike+ Kinect Training cardio strength session I scheduled for myself tonight.

Each exercise in the Nike+ apps, or Kinect Training, contribute to my overall NikeFuel score. From there, integration with Facebook means I can track my friends’ progress against my own. Stevivor News Editor Leo Stevenson, as an example, has an impressive 91,000 NikeFuel to my measly 5,500… though he’s been running for a long while, and I’ve only started training a week and a half ago. See? I can’t help but compete. If you thought that was impressive, Ashley Jenkins of IGN has around 300,000 NikeFuel, and Burnie Burns of Rooster Teeth is pushing 600,000. 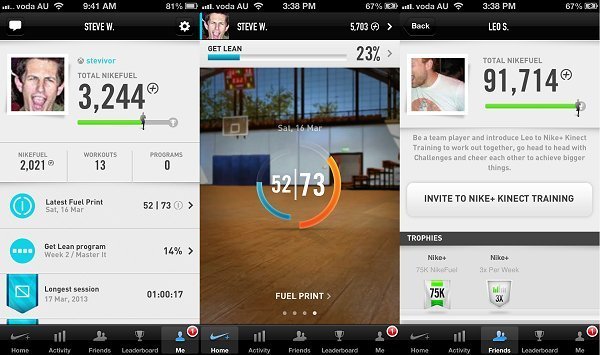 That just means I need to train harder.

It also means that using the Nike+ Running and Kinect apps aren’t enough. I’m heading to San Francisco next week, and one of my first planned activities is to head to the NikeTown store to get a FuelBand, which tracks movement – ice hockey, jogging, running, jumping jacks; you name it – and coverts it to even more valuable NikeFuel.

NikeFuel is what makes Nike+ Kinect Training, and I feel like that’s what was missed in Microsoft and Nike’s marketing for this game in Australia. I mean, it came out months ago, and I’ve only stumbled upon it now, expecting an identical experience to YourShape. I’ve a feeling that marketing in America might have looked a bit different, since Australians can’t access technology like the FuelBand locally, which not only is a shame, but simply, a missed opportunity.

That all being the case, you can track your running through Nike+ Running, and you can download other apps like Nike+ Fitness and Nike+ Basketball, so the Nike+ system is still one that Australians can take advantage of. The apps are free, and Nike+ Kinect Training can be purchased for $69.95 on the Xbox 360 Games on Demand Marketplace. It’s a small price to pay to get fighting fit for summer.