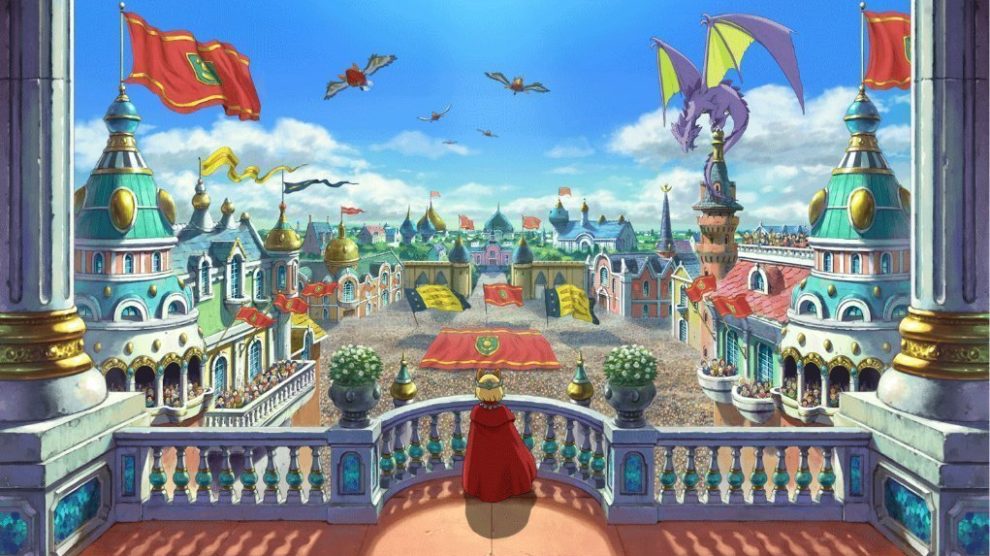 Ni No Kuni II: Revenant Kingdom is an instant classic that can do it all. It’s a beautiful action RPG, settlement builder and strategy game with a collection aspect to it that offers a possible hundred hours or more of gameplay. I haven’t been hooked by a game so completely in years.

The main character, Evan, is a cat person and former king trying to earn his crown, attain world peace and become a better leader. He’s pretty deep if a little one dimensional and clearly has some lofty goals for a pre-teen boy. His surrounding cast of characters serves to bridge the extraordinary fantasy world with a pinch of reality and make empathising with Evan a little easier as my guess is there aren’t many people out there that could see themselves in the protagonist.

So let’s get this out of the way first. No, you don’t have to have played the original Ni no Kuni: Wrath of the White Witch to enjoy this as it’s really a sequel in name only. There are a few easter eggs for those who have played the first game, but even then you’re not missing out on anything other than an, “oh that’s a nice touch” feeling. The reason I’m so interested in making this clear is simple: I think everyone should play Revenant Kingdom.

If you’re into RPGs, you’re certainly in for a treat; I can confidently tell you that Revenant Kingdom will be skyrocketing up you’re personal list of favourite RPGs. I imagine it’ll sit somewhere around the top ranks with Chrono Trigger, Earthbound and whatever your favourite Final Fantasy, Dragon Quest and Persona titles are (I’m not starting that fight here, to each their own). More importantly, however, with the accessibility of Revenant Kingdom, I finally feel comfortable recommending a JRPG to people who don’t usually play them.

The series is probably most famous for looking like a playable Studio Ghibli animation — and with good reason — as the first title was made in collaboration with Studio Ghibli and Level-5. Revenant Kingdom, unfortunately, doesn’t benefit from such a partnership but it’s clear that the art style and sentiment continue with its sequel. Oh, and it’s gorgeous to boot. It reminds me of the first time I saw Wind Waker and realised that cell-shading as a technique wasn’t “sh*t” like I had previously thought — it was just that no-one had got it right until then.

I should point out I’m aware I’ve made reference to numerous other game series already, but it’s definitely intentional. In making Revenant Kingdom, Level 5 has achieved an incredible feat by delivering a game that can generate feelings of nostalgia formed from other intellectual properties with its own new, different content that manages to stand on its own.

I keep thinking of Revenant Kingdom as a modern retro game. It sounds like a contradiction but it’s really just getting the mixture right, infusing older gameplay mechanics with enough of the more modern stuff to find the sweet spot. Add some thoroughly addictive gameplay loops and you have Ni No Kuni II: Revenant Kingdom.

The battle system is super simple and easy to pick up even for an action RPG. If you choose to invest some time into mechanics, you’ll notice there are some interesting combos and possibilities available allowing you to become even more efficient and powerful in battle. You’ll need this if you want to play through all the tougher endgame optional bosses; thankfully, they’re never forced on you.

In fact, if you’re playing the game with more interest in other aspects like progressing through the story or building your kingdom, you could just set the battle mode to auto and it will make lots of the tactical decisions for you. It’s a little less satisfying and not as powerful as micromanaging every aspect of battle yourself but it’s nice to have options.

It will take you somewhere around 40 hours to complete the campaign and finish the story, and while I felt like I was a few steps ahead for most of story elements, I was completely flawed by the ending. It was incredibly satisfying, unexpected and heartfelt and opened up and expansive post-game with an impressive amount to do.

At the time of publishing, I’ve played over 70 hours and still have plenty of side-quests to complete, skirmishes to win and am yet to perfect the Kingdom I’ve slaved to build. I certainly didn’t think I would be so encapsulated by the settlement building aspect of the game as it’s not something I’m usually into but I found myself getting sidetracked from the main quest for hours trying to recruit citizens and improve my kingdom. I’ve finished the game and I’m still doing it.

If I had to find fault with Revenant Kingdom it would be that it does a lot of different things extremely well rather than getting one thing perfect, but that’s just nitpicking and a backhanded compliment at worst. I did happen to press the wrong button when attempting to go into the menu 90% of the time even after hours of play, so maybe being able to remap the buttons would have been handy. Having the map on the PS4’s Options button and the menu on the touch pad just feels insane — but again, I’m simply nitpicking.

I can’t say much else other than you should play it. This feels like the beginning of a new major RPG franchise to compete with the other giants. If you like this style of game you’ll love it and if you’re not usually into JRPGs it’s a perfect gateway to the genre. What are you doing? Stop reading and start playing Ni No Kuni II: Revenant Kingdom. Now.

Ni No Kuni II: Revenant Kingdom was reviewed using a promotional code on PS4, as provided by the publisher. Click here to learn more about Stevivor’s scoring scale.