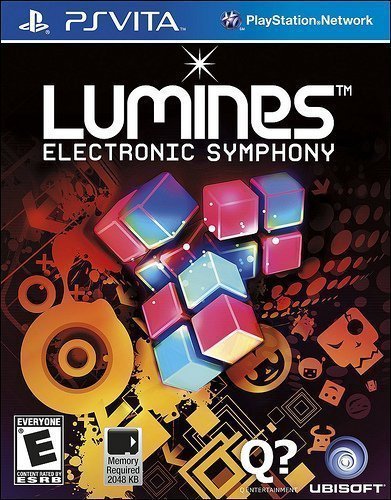 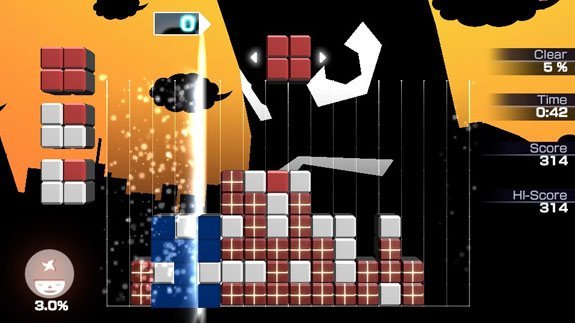 Looking at Lumines, it’s hard not to instantly think of Tetris. But while they’re both falling brick-based puzzle games, that’s where their similarities end. Tetris is frantic race for survival as you inch, block by block, closer to GAME OVER. Lumines is a slow-burning puzzler experience that isn’t so eager to kill you. Instead, it takes its time, letting you spend hours arranging your falling blocks by colour before, inevitably, annihilating you. Moving from left to right, a sweeping timeline disintegrates the blocks that have been correctly grouped. To keep you engaged, the game’s background skins change intermittently, altering the music and the speed at which the timeline sweeps. There are a range of special blocks that drop occasionally to spice up the gameplay (or to bring about the inevitable annihilation). 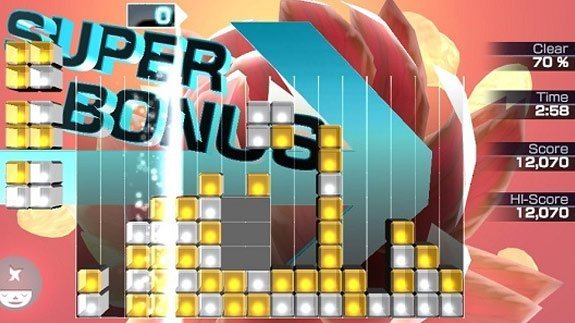 Hardly seems like it’s worth the processing power of the Vita, right? Well, don’t discount Lumines: Electronic Symphony because of its apparent simplicity. The gameplay is fluid and addictive, and while ‘simple’, it makes simple seem extraordinary. It looks and sounds great. The soundtrack, while solely electronic this time around, is surprisingly varied, and the animated skin backgrounds are awe-inspiring – if anything, the game really shows off the quality of the handheld’s 5” screen. Thanks to the new system’s capabilities, presentation-wise, Lumines: Electronic Symphony blows its predecessors on the PlayStation Portable out of the water.

That said, playing the original Lumines on the PSP, I admit, I occasionally wondered what it would play like on the Nintendo DS (which seemed like a much more puzzle game-friendly platform), and how touch controls could have bettered it. Well, now having a Vita incarnation, complete with touchscreen, I can’t help but feel a little let down by its implementation. You can now use your fingertips (swipe to move, tap to rotate), but while it’s a novel experience at first, when the action speeds up, touch inputs just aren’t fast enough to keep up with the increasing demands of the game.

In terms of modes, Lumines: Electric Symphony offers Voyage, which is the long marathon session, where you persist through changing skins, disintegrating blocks to the beat of the music (… for hours); Duel, local-only multiplayer; Playlist and Stopwatch, time trial modes; and Master, which sets you specific goals to complete under punishing conditions. Unjustifiably absent is the Puzzle Mode from previous instalments, in which you were shown a picture you then had to replicate with the falling blocks. 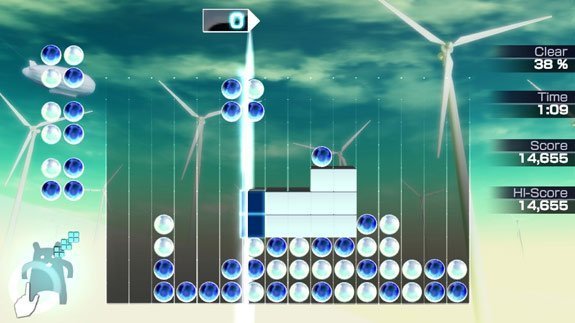 Lumines makes its stunning debut on the PlayStation Vita with Electric Symphony, and while it may not seem like much at first, once you scratch the surface, you’ll discover a wealth of depth that will keep you entertained (and anxiously swearing at the Vita’s display) long after the intricate plotlines, elaborate cutscenes and stunning 3D landscapes of other launch titles have been forgotten.