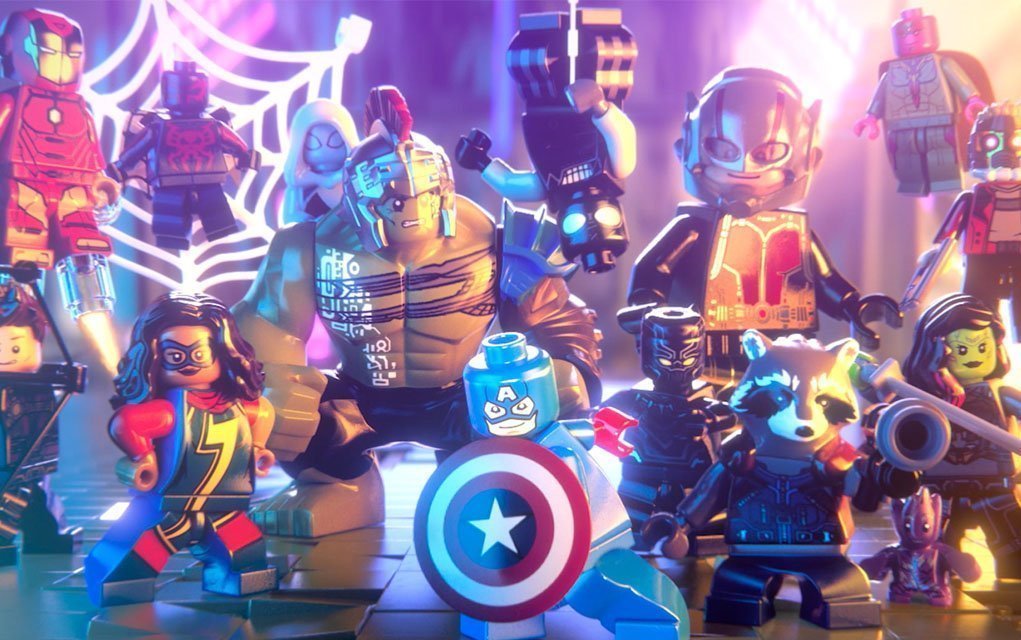 Are Marvel's heroes ultimately battling themselves?

It’s that time again! TT Games is ready to gift another LEGO title to us. This year’s outing is the (personally) much-awaited LEGO Marvel Super Heroes 2, once again balancing the scales between TT’s DC and Marvel outings. After the slightly more rote LEGO Marvel’s Avengers spent the bulk of its playtime retelling stories from the MCU film franchise, Super Heroes 2 returns to the original story format to pack in as much nostalgia and referential humour as is brickally possible.

Theoretically picking up some time after the narrative of the original Marvel Super Heroes game, this title pits the Avengers and Guardians of the Galaxy against a new threat in the form of the time-travelling Kang the Conqueror. Collecting civilisations from across time and space (and multiverses, for the picky comics fan), Kang combines them into a hodge-podge city called Chronopolis. The villain intends to refine its population down to the greatest warriors and force them to fight for him.

In practice, this gives TT the ability to cherry-pick all the most interesting heroes from across the Marvel canon, irrespective of how they would fit together. Alongside the usual Marvel Manhattan gang, you have the Guardians and the space-city of Knowhere, Manhattans both 2099 and Noir, Spider-Gwen from the Earth-65 universe, the underwater city of Atlantis, the magical city of Asgard and the floating city of Attilan, the Old West and more.

All in all, it means a chance to spotlight heroes beyond the Chosen Few already well-known thanks to the mainstream movies; in early chapters characters like Ms Marvel, the female Thor and Doctor Strange’s assistant Wong all get headline status for main-story missions alongside mainstays like Iron Man. The time-travel angle is also a great way to expand the character roster without any need to build new movesets – Marvel have, for instance, created so many versions of Captain America you could no doubt fill a character select screen with instances of him alone.

After 12 years and 19 releases, however, those exact movesets have become a hazard to comfortable gameplay in the LEGO game world. Each character has their unique moves and elements of the world they can interact with, encouraging replay of story levels in Free Play mode to collect every last Thing you can find – and no, I don’t meant the big orange guy. At this stage however there are so many variations on those unique skills it’s near impossible to keep track.

Some heroes can blast gold bricks, other silver. Ms Marvel can shrink down to slip through small gaps, but so can Groot sometimes. Some can bust through walls or floors, others can reflect beams, even more shoot grenades or control time, build things quickly or slowly, fly quickly or web-swing painfully slowly, detect hidden paths or destroy specialised enemies. It all proves to be too much.

To add another layer of complication, many heroes will have multiple skills they can use – all squeezed on to the same four face buttons in various button interactions or contextual usage. The number of times I tried to activate an object with a circle button only to instead grab the nearest fumbling combat minion instead is frustratingly high.

And there’s another thing – the combat. It’s been said before and it will be said again: LEGO game combat is just plain bad. All you will ever do is mash the attack button on fodder enemies until a boss is ready to be mashed on, then press a prompted button to repeat the cycle – usually two more times before the battle is over. Marvel Super Heroes 2 tries to alleviate this, but in the worst possible way. Instead of coming up with a more robust combat system enemies seem to be able to absorb far more damage before their health starts to decline.

The ever-present issue also remains in that an enemy can be hurt but will not take any further damage until their ‘getting hurt’ animation has run its course, meaning only one in every three or four strikes will actually do damage. I’m not saying LEGO games need to suddenly have an Arkham Knight-esque combat structure, but surely something can be improved.

That all aside, LEGO Marvel Super Heroes 2 does have two things going for it: deep-cut references and visual comedy. Both the world and the character roster hold references new, old and obscure to keep the hardcore fans poking around. Folding in newer characters like Gwenpool – taking over secret-unlocking duty from Deadpool – and presenting better-known heroes in their current incarnations, such as Thor’s Ragnarok costume, mean that the game feels fresh and current to the Marvel comics canon while also giving a nod to the films. As ever, the game is overflowing with goofy slapstick and visual comedy, with almost every cutscene stuffed with little vignettes in the background or subversions of the more serious comics material it’s appropriating.

At the end of the day, LEGO Marvel Super Heroes 2 is a LEGO game, and it embodies everything that entails. There’s great humour, knowledge and deference to the source material, and more than 250 little plastic people to unlock if you’re that into it – yet at the same time, it’s wrapped in a playstyle that’s really starting to crack and fray at the edges. If you’re playing with kids who are even remotely nerdy this will keep them locked in for hours, but whether that’s a good thing is up to your judgement (and patience). I’m staying for the lore, but I think I’ll need a real step forward in gameplay to come back again, an Ubisoft-style year off from annual releases probably wouldn’t go astray.

LEGO Marvel Super Heroes 2 was reviewed using a promotional code on PS4, as provided by the publisher. Click here to learn more about Stevivor’s scoring scale.