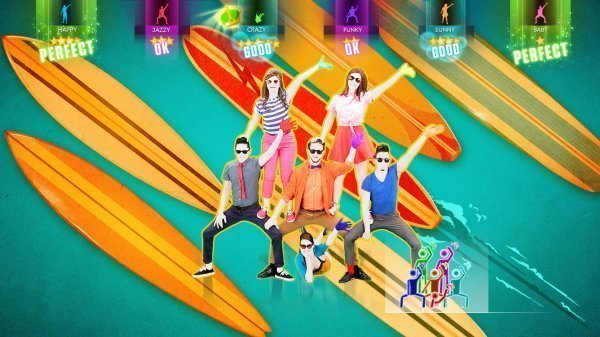 I just love September, October and November; they’re now the months of the yearly sequel. Previously dedicated to sports games, we’re now being bombarded with yearly versions of Assassin’s Creed, Call of Duty, Battlefield (almost) and, of course, Just Dance.

Just Dance ditches its sequential number this time around in place of a yearly moniker, meaning we can expect Just Dance 2015 on next-gen consoles this time next year.  Until then, Just Dance 2014 features a host of new songs, new modes and improved Kinect functionality.

Most of that “improved Kinect functionality”? Right in the menus. Thankfully, after the debacle that was the Just Dance 4 menu system, Ubisoft has allowed dancers to control the game via an actual controller. From there, you can have full-body or right-hand tracking (don’t be sick) in songs themselves, meaning the game caters to veterans and n00bs alike. Thankfully, just like in previous years, Just Dance 2014 has more of an emphasis on fun than technical skill; if you’re kind of doing a move, that’s good enough for the game. Eat your heart out, Dance Central.

Just Dance 2014 lets you dance alone or in a group of 4 to a wealth of songs in various modes. Yep, One Direction is in there too. I might have played “Kiss You” the most.

For fitness fanatics, the game’s “Just Sweat” mode returns as a function you can toggle on or off. Whilst on, you can dance to any song you’d like and the game will keep track of calories burnt. Just Sweat has always been a nice little addition to the game, but this year you’re not restricted with how you can use it.

The new “World Dancefloor” mode lets you join in on a global playlist and challenge other players around the world. You don’t get to pick the song, but you can drop in and out of the rolling playlist when you see something you like. Playing against real gamers, you’ll only be able to see their star ranking in-song, so there’s no need to be embarassed or ashamed; don’t be afraid to rock it out.

If you’re more of a diva, “On Stage” mode lets you play alone or in a group and treat songs like a live performance. One person acts as the lead singer and dancer, and friends can join up as background dancers.

In short, Just Dance 4 positioned the franchise as my dance game of choice over the increasingly complex Dance Central series, and Just Dance 2014 cements this. Old modes, new modes and better tracking and control options make for a game that’s great to play alone or (drunkenly) with friends.

Just don’t forget about that One Direction song, eh?