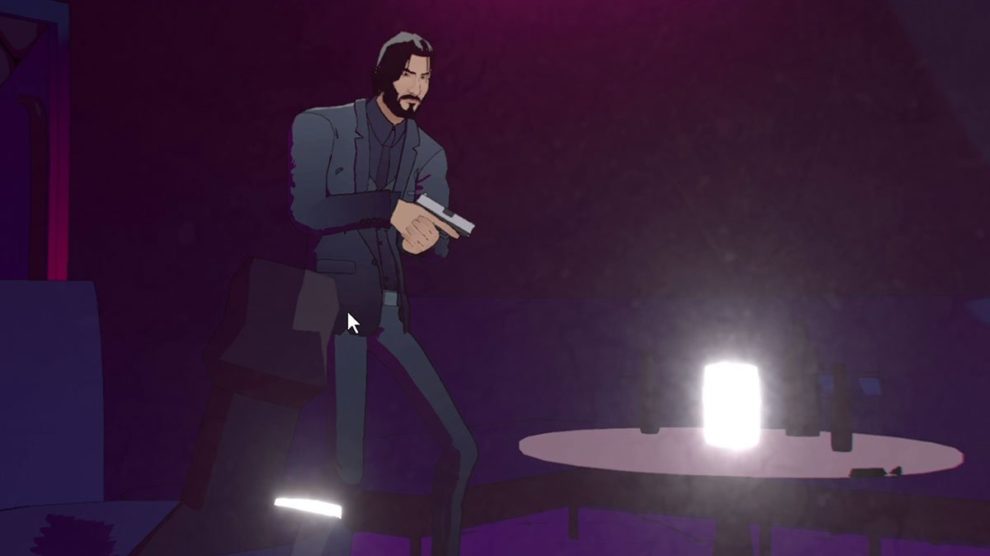 John Wick Hex is the latest from Thomas Was Alone’s Bithell Games, a top-down strategy game that shares quite a lot in common with the phenom that is Superhot. The result is a crazily intense, cerebral title that stays true to the John Wick brand without relying upon hardcore violence.

I love the John Wick films for their fight scenes — specifically, the efficient, tactical dances within that show why Wick is respected (and feared) within the assassin community. A first-person shooter wouldn’t come close to replicating the action-packed sequences seen on the big screen, but Bithell’s quasi-puzzle game sure does. Playing as Wick himself, you only have a couple of options at your disposal. To stand tall or crouch, walking (or rolling) from point to point. As you move, a fog of war shifts with you, giving you something of an idea of what’s ahead (or, rather, all around).

As Wick progresses through an area on the hunt for his nemesis, the titular Hex (voiced by Troy Baker), he’s hunted by all manner of henchmen; some use their fists and others, guns. Wick can combat these foes using takedowns, strikes, parries and his own weapon — and it’s at this point where strategy very much comes into play. 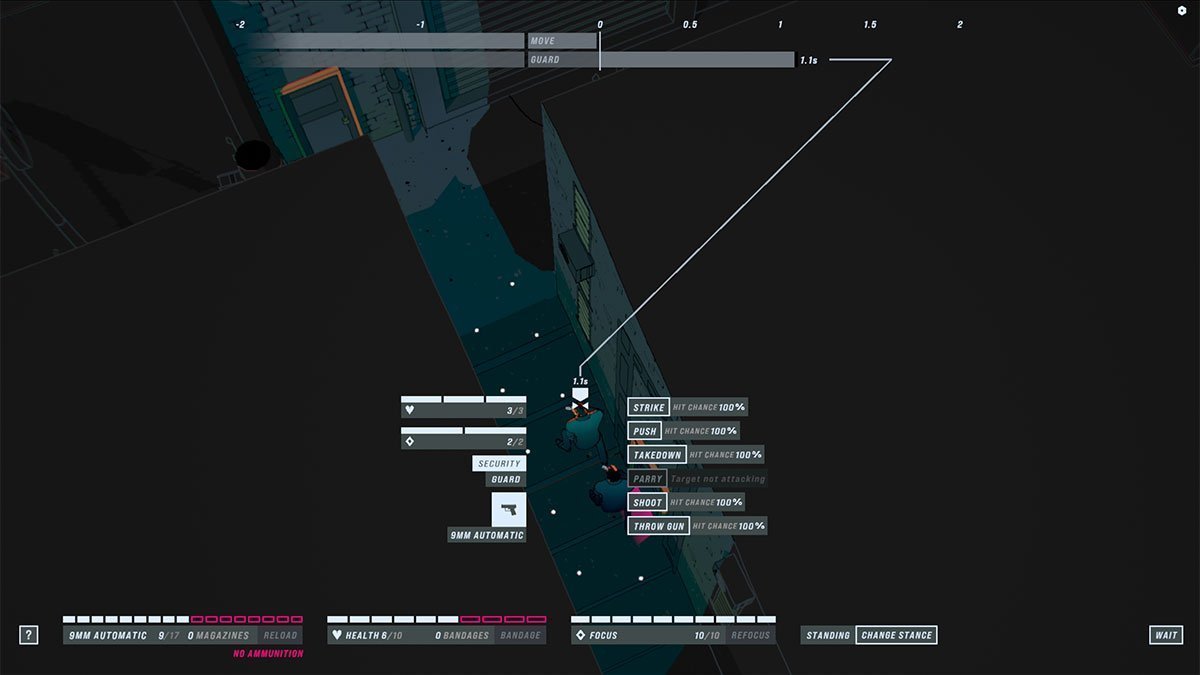 On top of his traversal and attack commands, John’s able to patch himself up using bandages strewn throughout levels. He can also refocus, shaking the cobwebs from his mind to become an efficient killer once again. John’s health and action points are finite — just like the bullets in his gun — so you wind up with quite a lot to juggle.

Actions of both Wick and his foes are displayed in a timeline; you’re able to tell if John will be able to get a takedown off before his opponent manages to fire off a shot, as an example. Therefore, you’ll need to master the timeline to truly succeed in John Wick Hex, getting the drop on baddies before they do on you. Sometimes, it makes more sense to retreat and use the wait command rather than an all-out aggressive assault.

You’ll be graded on your peformance too; at the end of each location, usually comprised of a handful of levels, you’ll see stats on completion time, health, weapons used and so on. The better you do, the more you’re rewarded; new weapons, suits and locations are on offer. Best yet, though, the conclusion of each level opens up the ability to play your actions back as a replay, with a result that mirrors the film version of Wick taking it to his attackers. You can see an example of that below (complete with the bit where I ran out of bullets and threw my gun at an assailant to finish her off).

While Keanu Reeves doesn’t grace us with his dulcet tones, John Wick Hex boasts Ian McShane as Winston and Lance Reddick as Charon alongside the aforementioned Troy Baker. An original story, taking place before the first John Wick feature film, is also a nice touch rather than being presented with a simple retelling of what we’ve seen before on the big screen.

For an RRP of $20 USD, John Wick Hex is a no brainer. It’s a layered strategy game perfect for long sessions or short stints. As a bonus, it runs on my potato of a work PC too (albeit a bit choppily), so it’s perfect for a little lunchtime leisure.

John Wick Hex was reviewed using a promotional code on Windows PC via the Epic Games Store and Xbox Series X, as provided by the publisher. Click here to learn more about Stevivor’s scoring scale. This review was originally published on 9 October 2019. 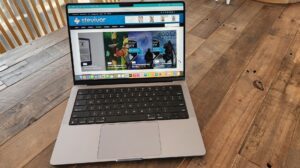