Home » Reviews » Hyrule Warriors Age of Calamity Review: Come for the battle, stay for the story

From the moment you take control of Link in Hyrule Warriors Age of Calamity, you’re thrown into a large scale battle taking place on the grassy plains that surround Hyrule Castle. The battlefield, teeming with literally hundreds of Bokoblins, is chaotic and intimidating. And so you’ll hack and slash your way through, using what feels like a ridiculous combination of button mashing and joystick thrashing with the bodies of your slain foes literally hurtling through the air in your wake before they slowly fade away. This is a classic Warriors game in pretty much every aspect: silly, confusing and — for the most part — rather unsatisfying.

It plays well — exceptionally well, in fact. Controls were without a doubt responsive with all attacks, combos and abilities very easy to execute. For the most part, the framerate was impressively steady, considering the amount of activity onscreen at any one time.  Technically speaking, Age Of Calamity is a very well built game. But by way of game design — in what you’re actually meant to be doing in the game — the beginning of Hyrule Warriors just felt messy. It feels like more of a maximum effort mod of Breath of the Wild than a standalone game. How could such a game keep my attention? To be blunt, if I wasn’t reviewing this title I likely would have shelved it at that point.

That all said, and now having come out the other side of its campaign, I’m glad I pushed through. 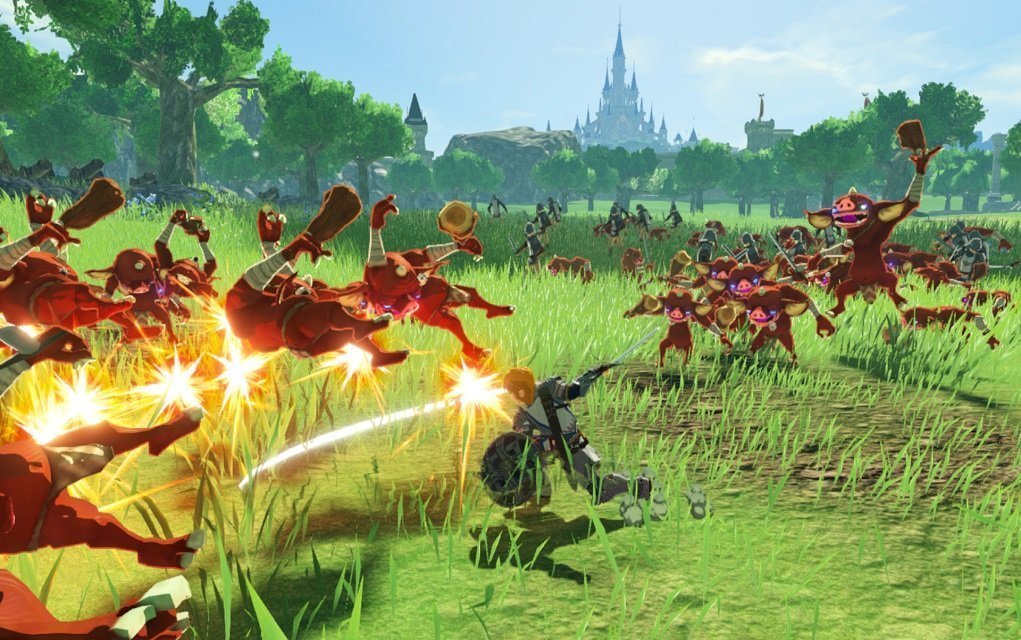 One hundred years before the events of Breath of The Wild, Zelda, Link and four champions piloting four divine beasts defended Hyrule against Calamity Ganon, successfully sealing him within the castle. Hyrule Warriors tells the story of the events that took place during that time, and this is where the game will without doubt suck you in. While the synopsis and final outcome of this story is already well known, Age of Calamity tells a detailed story that, albeit with monotonous gameplay at times, will keep you going to the end.

While they’re entirely different game experiences, Breath of the Wild and Age of Calamity compliment each other like seafood rice balls and, err, warm milk. I’ll intentionally not provide any specific details to save our readers from spoilers, though it should be known that fully-voiced cutscenes will make you genuinely sympathise with Zelda for the duty that is forced upon her, and respect Link for his unwavering commitment to keep Zelda safe.

In Age of Calamity, missions are laid out across a large map of Hyrule. In addition to the main campaign there’s an immense number of challenges which are great for teaching you how to best utilise each character’s abilities. Some will have specific objectives or limitations by way of time limits, weapon restrictions and even some that will trigger a fail if you take a single hit. But the main reason you’ll complete these is to collect loot. All the typical BotW items are included from Sizzlefin Trout to Bobocblin guts and everything in between. Though rather than just being used as ingredients in cooking, in AoC these items are also a form of currency which you’ll use to lengthen combos or increase your maximum health. 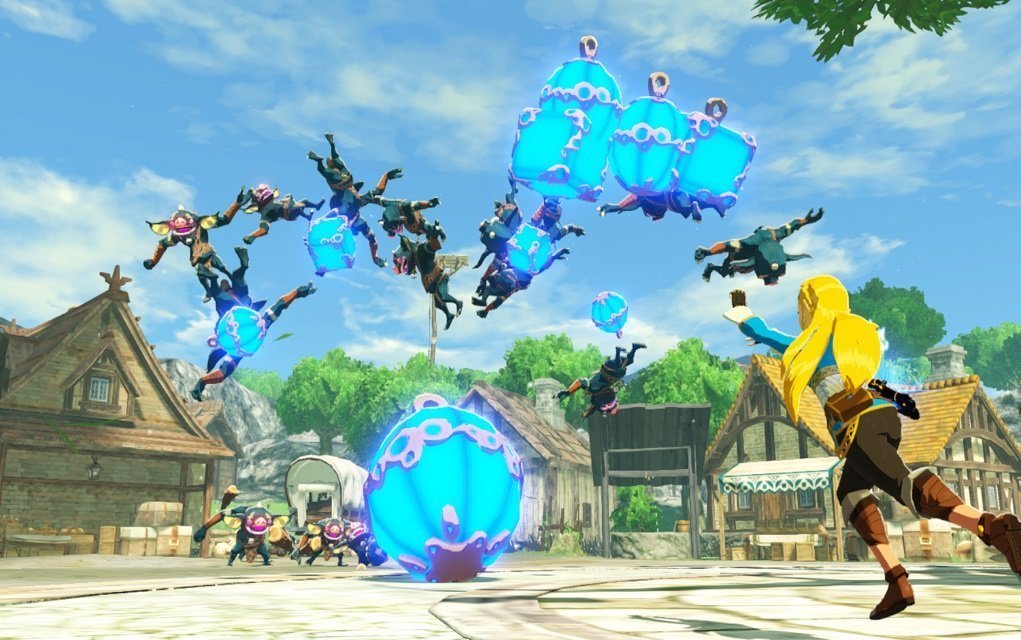 These upgrades are presented by individual locations on the Hyrule map. Of which there are simply too many. I managed to complete the campaign relatively easily while having unlocked roughly half of the available upgrades. For our Warriors or Zelda devout readers,  there’s heaps of time to spend unlocking things if you were so inclined. Personally, I wasn’t. It was just too much.

For the main missions, the majority of the maps are vast, though Age of Calamity is certainly not an open-world game. Missions which are spread out across all of Hyrule, accessible through a map that fast-travels you there via a loading screen and then begin slicing and dicing.

Hundreds of enemies spawn on the battlefield and lay in wait between you and your primary objectives. In most cases these will consist of making your way through masses of enemies until you reach a Stronghold and K.O a boss or miniboss. That’s right. K.O. There’s no kills in Hyrule. On occasion players may also be tasked with defending an area, K.O-ing a certain number of enemies, or escorting one of your companions across the battlefield to keep them alive. These scenarios occasionally play out while your primary objectives are still in play which can make for some tense moments and the need for some very simplistic strategic moves. 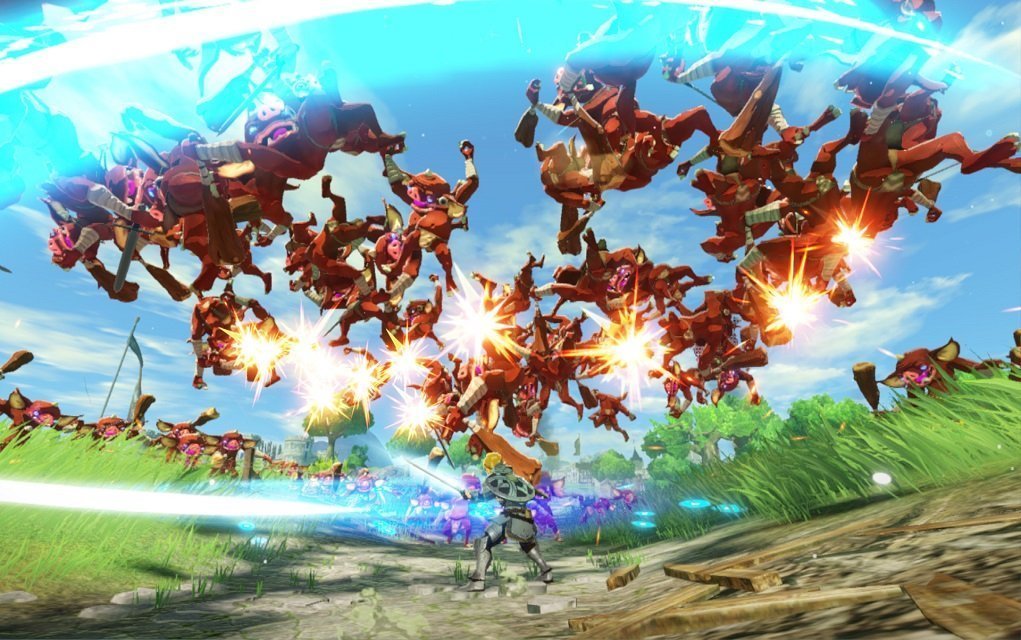 Most levels give you control of up to four characters, each with their own fighting style, abilities and special attacks. While playing as one character — and let’s face it, it’s always going to be Link — AI will manage the others until you hotswap to someone else which you can do at any time and very quickly. You can also order your teammates toward an objective of your choice — not necessarily the one you’re dealing with — by bringing up the map.

While this is a useful tool, one shouldn’t expect any AI characters to be all that effective at actually completing objectives. In my entire time with the Hyrule Warriors campaign not once was an AI character able to complete an objective for me. Instead, ordering them towards an objective meant that when they got there, I could swap to them to complete it on their behalf which rendered their usefulness as little more than a means to fast travel from one end of a map to the other.

While combat is simple, it features welcome and familiar hints of complexity. Every character has a light and heavy attack which can be chained into combos usually made up of repeated light attacks and a heavy to finish. As you play you’ll unlock longer and more devastating combos, though for the most part this consists of just adding an extra press of the light attack button or a further heavy attack if you hold the heavy button down a bit. This formula of pressing light attack for x number of times and then ending with a heavy is simplistic to a fault. Combos are very easy to learn but you’ll become so accustomed to this aspect of play that not only will you execute them perfectly every time, the satisfaction of doing so will dwindle and you may find yourself just going through the motions with very little need for thought or focus. 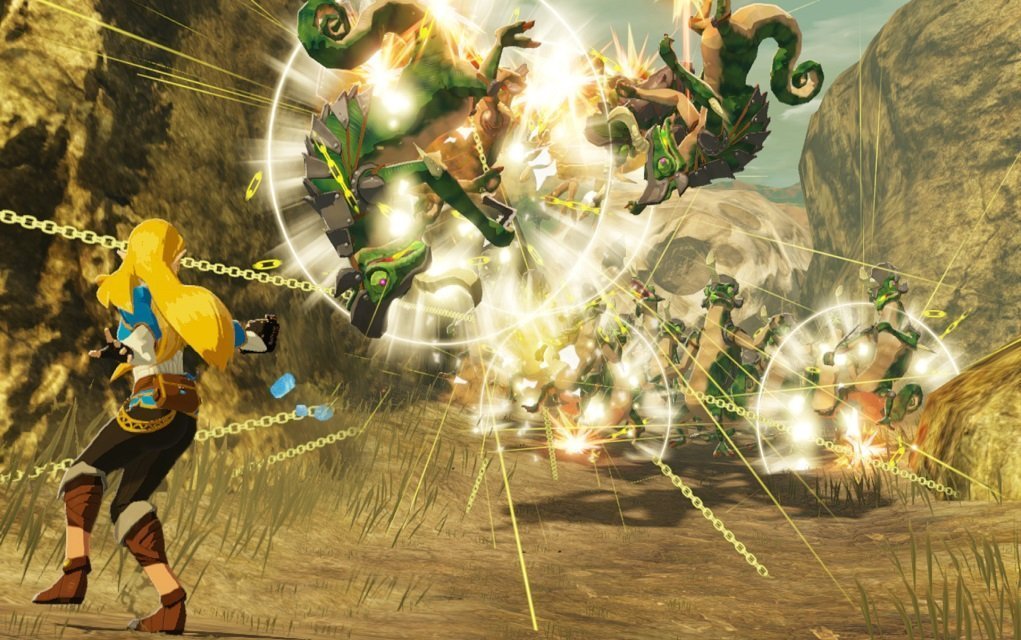 Going up against bosses and mini bosses is a whole different kettle of fish (pie) and this is where learning when to dodge or use runes is key. Dodging at the right time will let you unleash a flurry rush of attacks in the exact same fashion as was in BotW, whereas runes are used to interrupt special attacks; executing these well is exceptionally satisfying. As runes have a short cooldown timer, using them at the right time is imperative and brings some much needed depth to the whole deal. Going up against multiple bosses at any given time is by far the highlight of Age of Calamity’s gameplay.

The lowlight is without a doubt the several sections in which you pilot a divine beast. These gigantic mechanical monsters lay waste to all those that threaten Hyrule which I’ll admit does sound like a fun power fantasy. The the first of these sequences is admittedly a welcome break to the hacking and slashing. But those that follow feel more of an interruption to the boss combat which as stated, is where of Age of Calamity excels. Further, the sheer number of enemies that you obliterate while piloting a divine beast is, in a way, quite confronting. Of the 72,057 K.Os I had earned throughout the campaign, close to 50,000 of those had fallen as the result them being sent on a suicide mission against the divine beasts. I almost felt sorry for them. Almost.

When I first started playing, I didn’t get the appeal of Hyrule Warriors. Hidden amongst the fast-paced and chaotic combat is a very slow burn that offers very little challenge with most missions being completed effortlessly and in many cases without a single scratch on my health bar (on normal difficulty). About four or five hours deep though, there’s a point at which the plot will drag you in just enough to keep you going until the boss fights become fun and the game becomes slightly challenging. 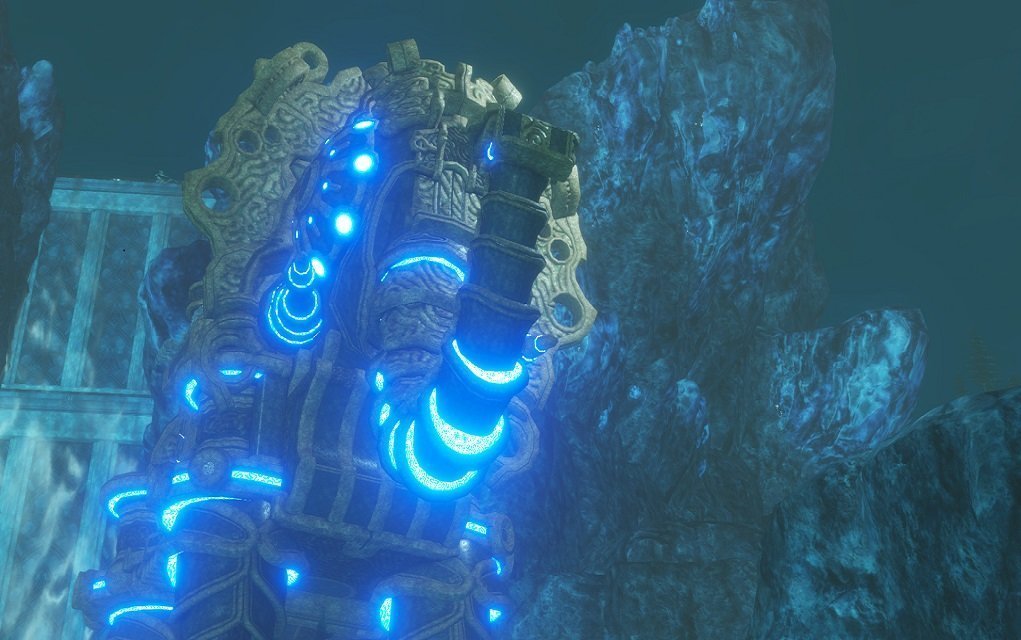 Committed fans of both Zelda and Warriors will revel in the return to BotW’s Hyrule, the developments in the lore and the playable characters. I’ve no doubt they’ll love it and will comfortably overlook its shortcomings.

For the rest of us, Hyrule Warriors Age of Calamity is an okay game. It tells a story that we all want to hear, and the already excellent narrative of Breath of the Wild is better for it. But this is absolutely a Warriors game first and a Zelda game second. Satisfying boss fights are preceded by lengthy sequences of the merciless slaughter of literally hundreds of enemies which is rather monotonous. It’s overloaded with unnecessary unlocks and upgrades and overall it’s just too easy.

The Zelda devout have already decided to to buy this game and I hope they love it. Everyone else might want to spend some time with the demo first.

Hyrule Warriors Age of Calamity was reviewed using a promotional code on Switch, as provided by the publisher. Click here to learn more about Stevivor’s scoring scale.