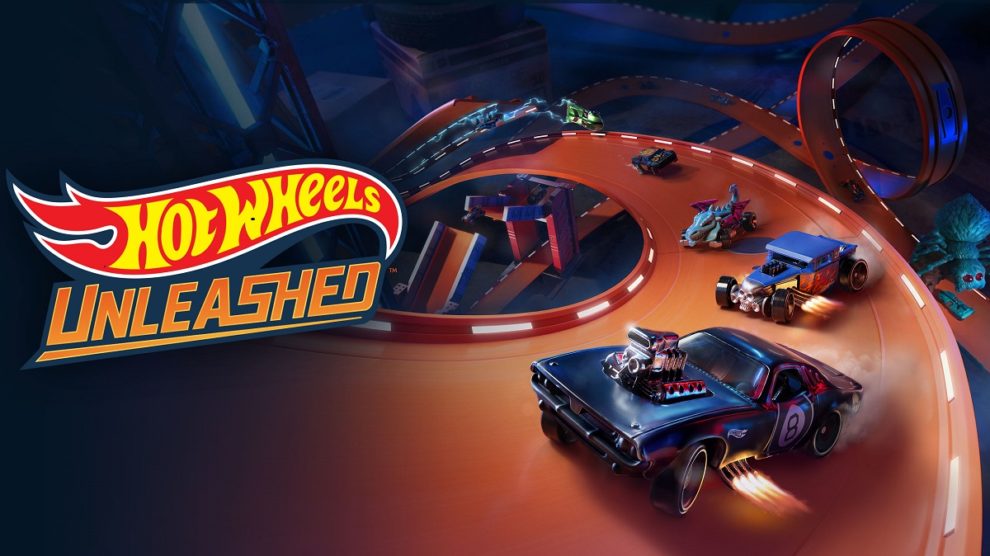 Unsuitable for all ages.

Similar to the ever-addictive Trackmania (including a borrowed element or two), Hot Wheels Unleashed puts you in charge of one of sixty-six vehicles spanning real manufacturers and wacky Hot Wheels originals at launch across a generous serving tracks in six locations.

Die-cast fanatics will be able to take part in three-lap circuit races, point to point events, time trials and bosses, the latter of which are just harder and longer versions of the above. Courses contain almost everything you would expect from the Hot Wheels brand with loops, spirals, obstacles and a few flashy set pieces such as giant spiders and volcanoes.

Played primarily on the medium difficulty, winning races is initially an impossibility in the early hours of the game with minor setbacks such as clipping a sidewall once, or failing to nail a drift as though you were a real life gymkhana pro consistently resulted in my opponents hurtling past me and off into the distance never to be seen again, thus making a podium finish a fantasy at most. At first I blamed myself in that driving in Hot Wheels feels quite sensitive and foreign when compared to the likes of Mario Kart or similar.

Then after unsatisfactorily completing a number of events  in second or third place, which is all that’s needed to progress through the campaign, I unlocked some new cars with better stats and suddenly race wins were becoming a little more frequent, albeit still with reliance on a near-perfect run for all three laps of a race. But to get to this stage took hours, and earning cars actually capable of winning races is a massive grind.

There’s three ways to unlock new cars for your collection. Firstly via progression through the City Rumble campaign though this is slow and only offers opportunity to unlock a portion of the 66 cars available. While most events reward you with gears for upgrades and small amounts of gold for buying new vehicles, some will also earn you a blind box which is almost as blatant as it sounds. Essentially, a blind box contains a random car. 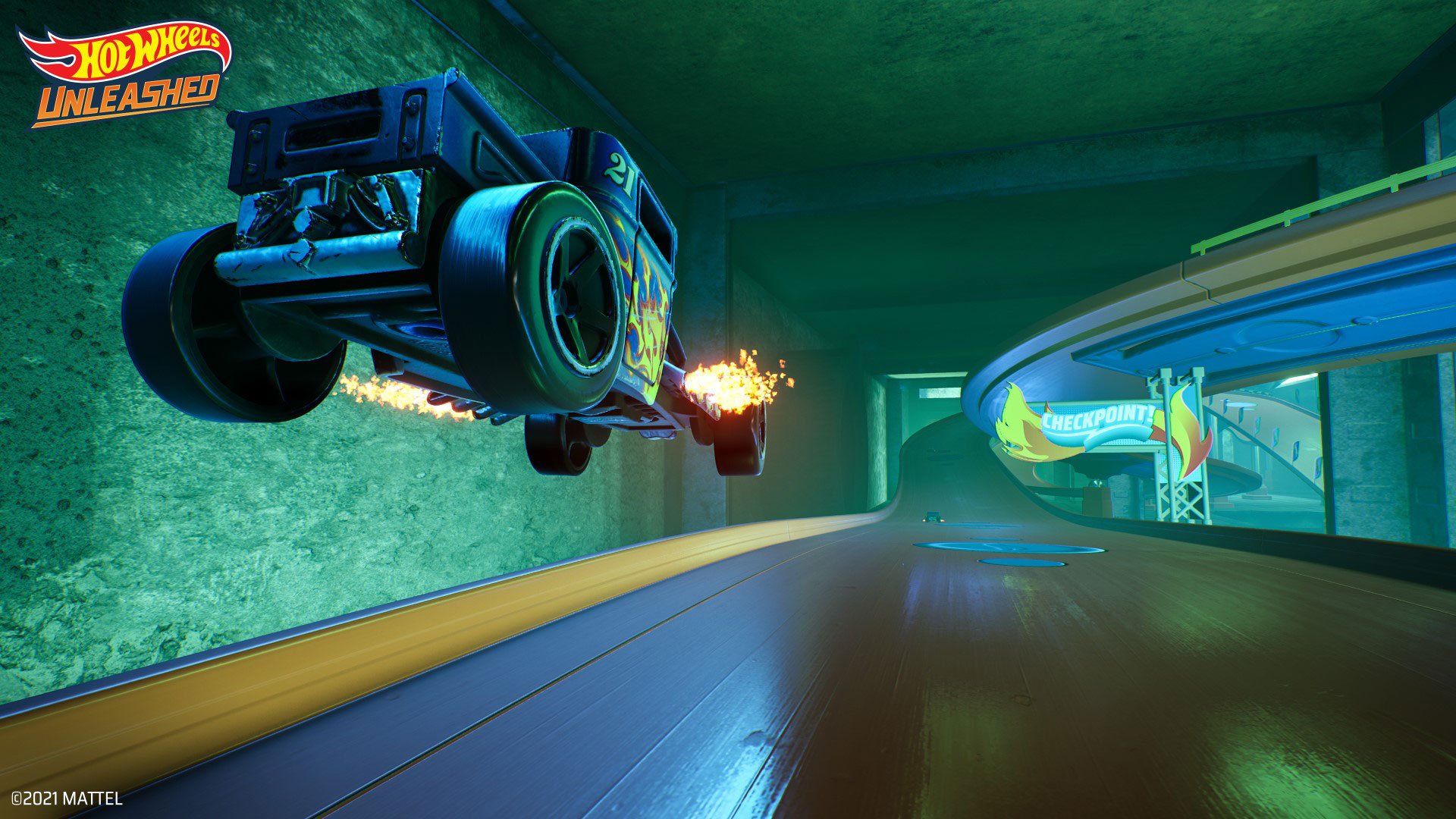 Said lootboxes but not can include a rare vehicle… but it could also contain a common one. It could also be a vehicle you already own, resulting in a need to sell it for gold or scrap it for gears. Blind boxes can also be bought for 500 gold each though again, there’s no guarantee that you won’t end up with a car already in your collection.

Lastly the game features a store which offers only a roster of five cars at a time that cycle every four real time hours. Cars in the store can be bought for your hard earned gold though in a severe case of lunacy the stats for each vehicle are not revealed until after purchase. Could your 1200 gold buy you a lightning fast race winner? Or will you blow it all on a hunk of junk that you’ll never use?

In my many hours with Hot Wheels Unleashed I unlocked a total of 21 cars, though only three of which could hope to compete with the AI vehicles even in the early races. The game seems to be using its difficulty as a tool to encourage players to grow their collection of cars but the blatant rubber banding that slingshots opponent vehicles past you on the regular only encourages you to turn the game off.  If Milestone hopes to get its game in the hands of young players and keep it there some changes are going to have to be made and quick. 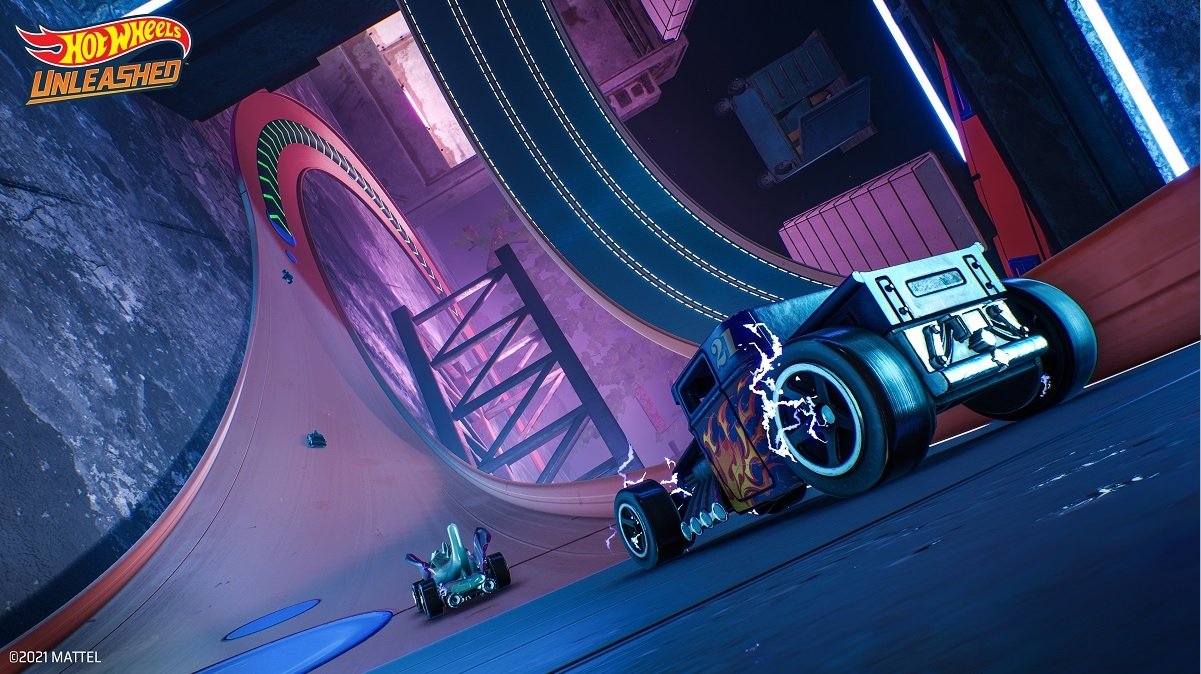 This initial lack of playability is a real shame because it’s clear that a lot of love has gone into the modelling of the cars which are a true highlight of Hot Wheels Unleashed. If the game wasn’t so frustrating to play, collecting vehicles, even via the annoying faux loot box system might be fun, especially for kids. The cars all look like genuine, real-life Hot Wheels vehicles, right down to the differences between components made of painted metal and coloured plastics.

My nephews own many of the included cars in the flesh (amongst hundreds of others) and like them, all young kids will absolutely get a kick out of seeing their toys in a video game. But sadly, few will get to experience it because kids have attention spans measured in nanoseconds at the best of times. Ask them to play a game that’s impossible for them to progress in and you’ve lost them before the end of the third lap.

Save for the above mentioned issues, young players will love the more than forty silly tracks which include magnetic surfaces allowing for gravity defying courses and a few dramatic set pieces adapted from real life Hot Wheels sets. The courses that integrate with the surrounding scenery such as desktops, ventilation ducts and the like almost satisfy a nostalgic Micro Machines itch though while they’re fun to drive, the tracks quickly became a little samey with only a handful of standout courses amongst them. 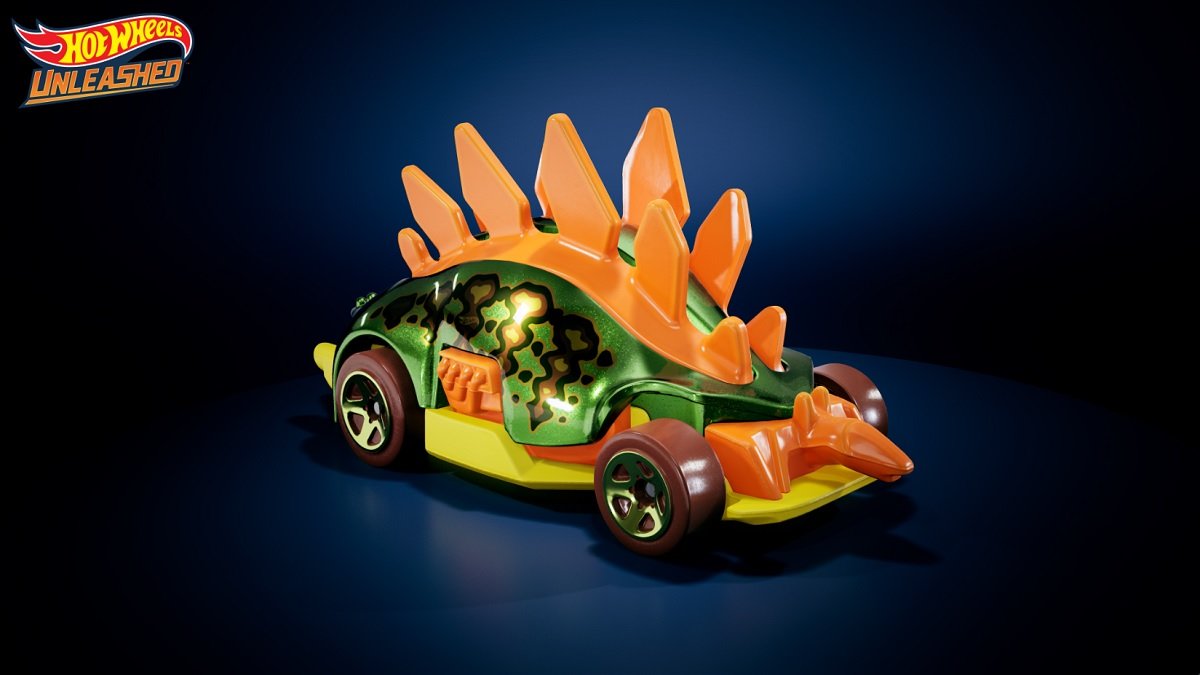 As mentioned above the track editor offers potentially hours of fun in building and racing your own courses if you were so inclined though it is fiddly to use with an awful camera system and unintuitive controls. Though for the few that may stick with the game the ability to share tracks online is a big positive when considering game longevity. But for me, building tracks in Hot Wheels Unleashed is about as challenging as winning races and its therefore unlikely to capture interest of most kids.

I could go on further about the overly repetitive and severely limited soundtrack of what feels like only four original background tunes (all of which sound the same), the cringeworthy way the music increases speed and jumps several octaves every single time you fire off your vehicles boost, or the silly and nonsensical way the campaign is spread out across a city map even though all tracks are set up in only six locations. But much like my time in Hot Wheels Unleashed, I think this has gone on long enough.

This is the kind of game a cheap uncle buys a kid for Christmas out of the bargain bin giving little thought beyond, “little Timmy likes cars so I’ll buy him this thing.” Sadly, it will only keep kids entertained for as long as it takes them to realise the odds are stacked against them. While some real passion has gone into the transition of some much-loved toys into digital form, the challenge of Hot Wheels Unleashed is just too great for its target audience. Without significant fixes, it will do little more than frustrate all who pick it up.