In mid-June this year Canadian-based indie developer Behaviour Interactive released Dead By Daylight, an online multiplayer survival horror game that went on to sell over a million copies in its first two months.

The game revolves around a basic structure where four survivors work together to start up generators scattered throughout a map. Once the required number of generators are up and running, the exit gates are powered up and the survivors are able to escape. It’s not that easy, though — standing in their way is a killer. He or she is tasked with trying to stop the survivors, catching and placing their victims on sacrificial hooks that are spread all over the map.

As the killer gets in range of a survivor, they’re notified of the imminent threat by an audible heartbeat that gets louder and louder as the killer gets closer. The survivors will either need to stay put and try to hide using their surroundings as cover, or make a run for it and attempt to get away. Running causes these very bright scratch marks to appear within the environment; the killer can use these as a tracking tool. It’s a delightful case of risk versus reward; the killer moves fast, so survivors don’t want to give it any advantages.

The 4v1 gameplay makes for some interesting match ups, with each team able to choose from a selection of characters, all with unique perks. These can be unlocked by acquiring points throughout the match, offered by completing certain category objectives. On the survivor side you have characters like Dwight, who can improve the interaction speed of other team members nearby. If you’re someone that just wants to run away, there’s Meg — she has a quick sprint burst that can allow her to outrun the killer for a few seconds.

On the killer’s side, you similarly have perks which affect the way they play, but also unique special abilities. The Hillbilly wields a chainsaw that allows him to quickly dart around, the Trapper can place bear traps on the ground to catch his prey, the Wraith can go invisible while also masking it’s heartbeat from Survivors and the Nurse can blink around the environment and on top of unsuspecting people.

When you first start playing Dead By Daylight as a survivor it can be quite terrifying; you really don’t know what you’re in for as you begin to learn its mechanics. Each map has randomly generated elements that effect the layout, so every time you play you’ll end up with a different environmental experience. Even now, with over 150 hours put into Dead By Daylight, I still find it very tense — and, for the majority of the time, fun to play. The other thing I think is awesome about Dead By Daylight is its post-launch support. Behaviour Interactive has been quite vocal about what type of game it wants to have, and what it wants to see from downloadable content. Purchases within Dead By Daylight are exclusively cosmetic (at least currently), and don’t have any effect on how the game plays. Games like DotA 2 have adopted a similar approach and it works wonderfully for Valve. 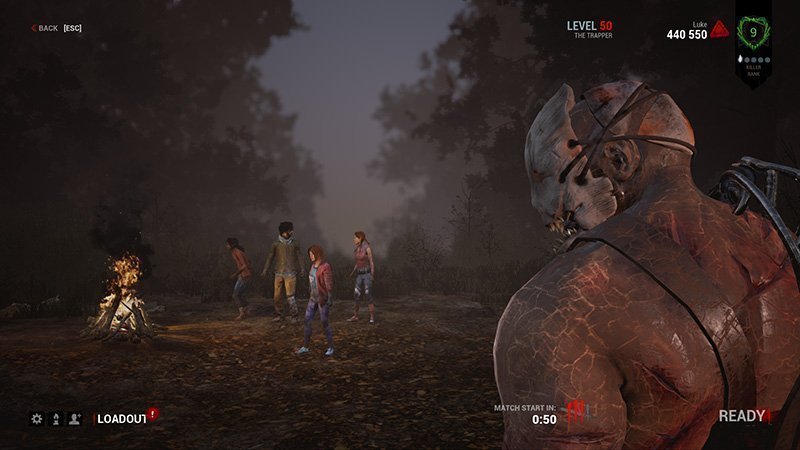 The developer has also done a great job since release by fixing issues and adding more content to the game as well. In saying that, the upcoming “Halloween” update will be paid DLC that enables you to play as Michael Myers. How this will fit into its “we don’t want Pay-To-Win” policy has yet to be determined. There have also been some big changes to the balance and reworking of mechanics, adding new items and characters, including new features like the ability to queue for matchmaking with your friends.

Dead By Daylight still has some lingering issues — especially noticeable in the quality of life area — but also problems that arise with balance changes. While I disagree with the way in which some of these have been implemented, it’s hard to deny that Behaviour Interactive hasn’t been communicative the entire time. They also run weekly Twitch streams, where a handful of staff show off various behind-the-scenes content, along with what to expect from upcoming updates. Behaviour also answers live questions from the chat, and hits the road to attend conventions where they can interact with fans. These are important things to do in order to grow and keep your community engaged. Unfortunately, another very high profile independent game released this year hasn’t quite grasped this concept of yet… 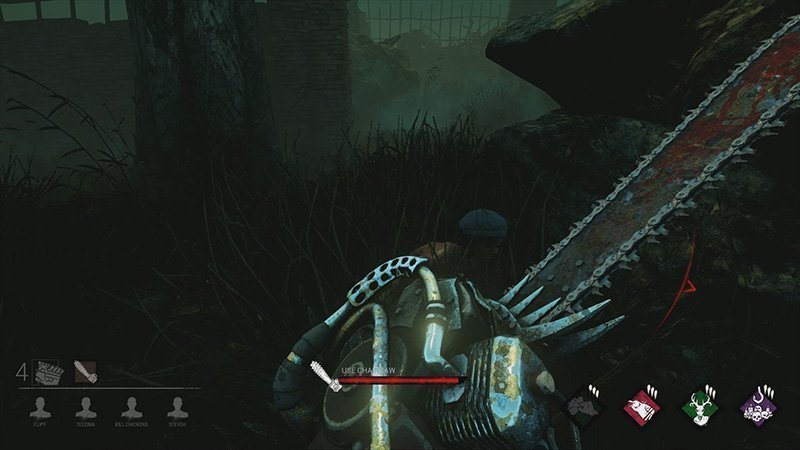 When Dead By Daylight was first launched, it was a flawed but fun game that needed a bit more work to tighten things up. Since its release, Behaviour Interactive has spent the last few months doing just that; it’s in a really good place right now. It has a healthy, active community where the player base can also go and interact with the developers on a weekly basis. All in all, Dead By Daylight is an amazing survival horror experience and my favourite indie game so far this year; you’ll sure as hell see this one on my list of top 5 games of 2016.

Dead By Daylight was reviewed using a retail code on Windows PC, as purchased by the reviewer.