Home » Reviews » Review: Geronimo Stilton In The Kingdom of Fantasy

Now, if you’re like me (and by that I mean over the age of 15 and don’t have any kids), you would most likely have never have heard of Geronimo Stilton before. I sure hadn’t. In fact I didn’t even realise it was a well established  children’s book and television series. Yet here we are at the end of 2011 and Geronimo Stilton is making its PSP debut.

The story begins with Stilton working late one night — and suddenly, after hearing a loud crash — ventures to the attic where he encounters a box shining brightly. A golden staircase materializes behind the box and Stilton steps into a magical world where his adventure takes place. 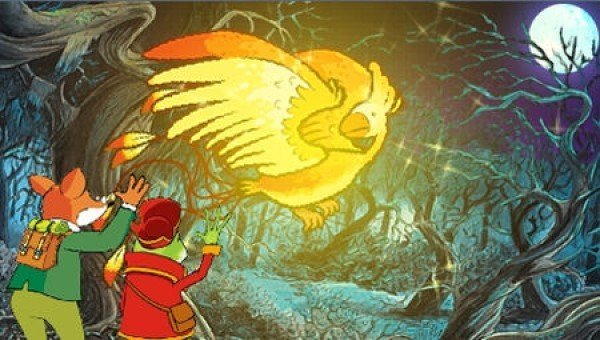 Being a title that’s aimed at a younger demographic, Stilton has a much more emotive and energetic method of presentation than most titles, which is important when dealing with children who often have short attention spans. The colour palette is bright and saturated but varies greatly based on the different areas that you visit throughout your adventure. Design choices such as this I find are often overlooked in triple ‘A’ titles in modern game development and I commend the developers for what they’ve done. It gives players a visual sense of progress beyond story and also a sense of accomplishment when you move beyond one world to take on another.

The animation during various cut scenes emulates that of a popup book where your characters appear slightly detached from background and move their appendages in a less than natural but comical way. I didn’t particularly enjoy the style and perhaps that’s because I’ve been spoilt over the years by games that have put so much effort into bringing their characters to life through amazing animation. Some however will be enthralled by the style. It does come down to personal preference.

At its core, Geronimo Stilton in the Kingdom of Fantasy is a puzzle and strategy game. In many ways, it’s the PSP’s answer to Nintendo’s popular Professor Layton series. There is a wide variety of challenges for players to tackle ranging from riddles to interactive puzzles and they encourage players to think outside the box to solve most of them. It is concerning however that even I struggled with some of these. I don’t know what that says about my ability to think laterally but it does make me think: If I struggle to complete these challenges how will the younger target audience handle them? Players can enlist the help of the games party of characters for tips or help at the expense of some of the challenges reward, but overuse of this feature results in the game being more difficult to progress through. 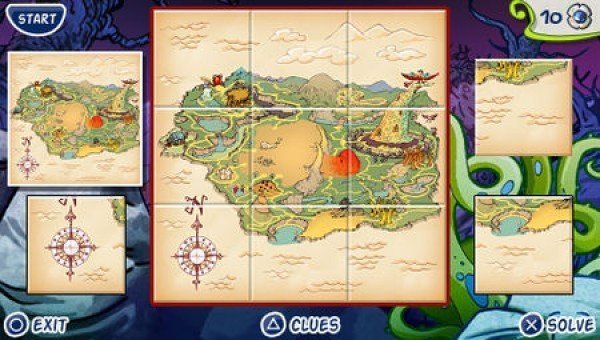 It’s silly design choices like this that frustrate me. When targeting a young audience you do need to be more forgiving of their mistakes. Making someone repeat a task because of mistakes is a tried and true game mechanic. Nothing satisfies a player’s ego more than to triumph over adversity, but punishing a player by reducing the reward for each successive attempt is a sure fire way to make players give up.

The soundtrack of Geronimo Stilton is obviously fantasy driven in nature which suits this title perfectly. Large MIDI orchestrations help create the Kingdom of Fantasy and provide each world with their own atmospheric presence. Voice acting is a little on the overdone side but that’s often something that comes part in parcel with games of this genre. You need to keep your players attention focused and Geronimo Stilton does a fantastic job even if that results in you detesting some characters.

Geronimo Stilton in the Kingdom of Fantasy is a great title for kids who like to solve puzzles. It’s bright, colourful and challenging. If you’re a parent, you’ll no doubt get enjoyment out of helping your child solve some of the more difficult puzzles. If you’re older, there are puzzles to expand your lateral thinking ability but chances are you will find this title won’t have enough to hold you.

Geronimo Stilton in the Kingdom of Fantasy is available now for the PSP handheld system.