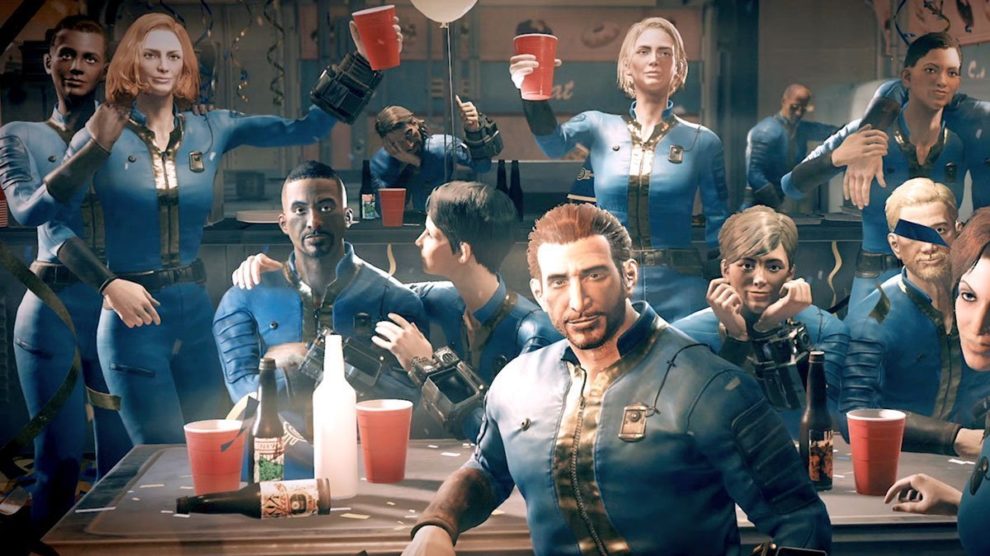 I really don’t like Fallout 76 after a day of play.

Things started off pretty well, actually — waking up in the Vault 76 after a night of partying, I spent a while using the in-game character creation tool to recreate my Fallout 4 protagonist (and I did a pretty damn good job, I might add). I strapped on my Pip-Boy, switched into third-person view (because you should) and explored the Vault a bit; things instantly felt like Fallout. Curiosity satisfied, I set off out into the Appalachian wasteland with a newfound sense of excitement.

And then I spent the next thirty minutes collecting holotape after holotape, beating up mole rats and rabid dogs with a machete because I couldn’t find a gun. I very quickly learned that too many dogs around equalled a guaranteed death. Even after crafting a Pipe gun at my former Overseer’s C.A.M.P., I found myself outnumbered around every corner, forced to head back to the little brown baggie of belongings dropped with each failure after I respawned. 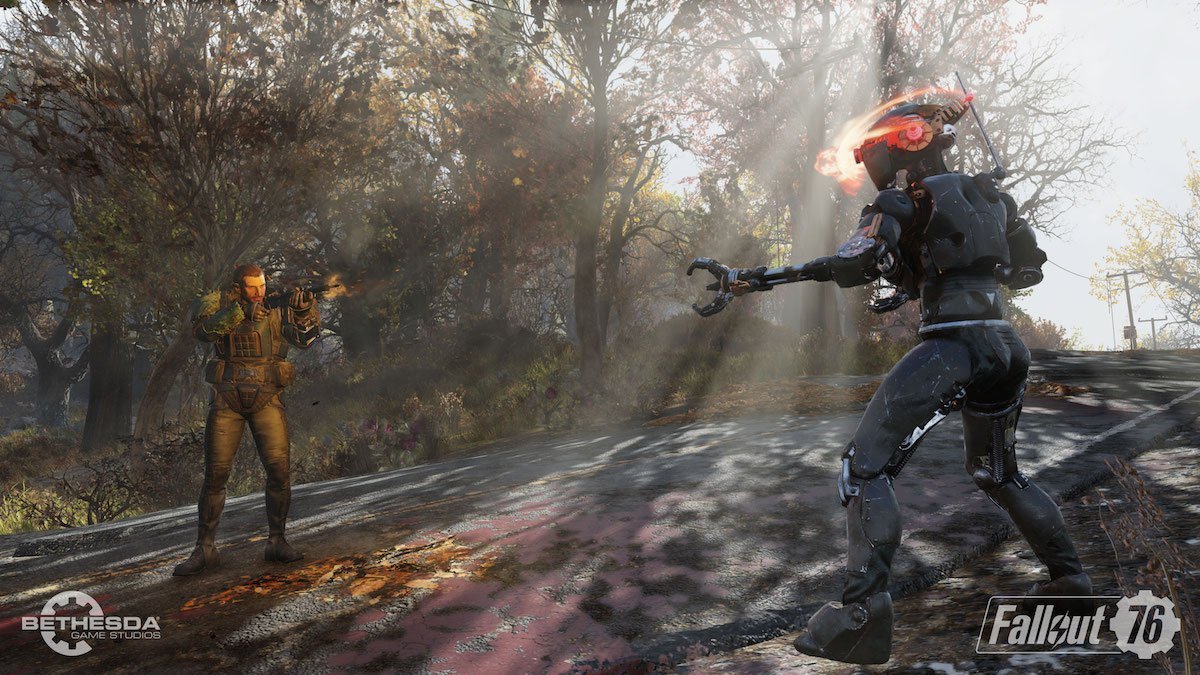 Let’s be honest here: real-time combat in Bethesda’s Fallout franchise isn’t spectacular to begin with. In 3 and 4 I balanced this weakeness with V.A.T.S., a turn-based system that let me strategically set up my shots. In Fallout 76, this feature has been replaced with a real-time clunky mess that basically auto-targets for you. It’s useful to hit a baddie with a couple shots from your gun, but rather pointless when you’re wielding a pitchfork or hatchet or have too many targets than your meagre AP reserves can handle. If you’re low on ammo or need to heal on top of this, you’re certainly toast — to switch to a new gun or eat a Brahmin Steak, you have to go into your Pip-Boy and bring those items up from your inventory. While you’re doing this, those pesky Ghouls are left free to whittle away at your remaining health.

When I booted up the game in the morning, Australia was one of the only regions to have the game; as such, Appalachia was devoid of other players. In the evening, this had changed dramatically (after the game’s server issues were sorted, that is) and my instance was awash in low-levelled Vault dwellers. With constant in-game reminders that players are better off in groups, I tried in vain to join up with other players only to have them reject my requests. Most then tried to shoot me in the face, but if I learned anything from Hamish’s preview, it was to avoid shooting back (take that!).

Good ol’ Ben Salter logged in a short time afterward and I finally had the chance to experience Fallout 76 in the manner in which Bethesda intended: in a group! Ben was ahead of me in the main questline by one step because I’d ventured off into side-quests (read: holotapes. More and more holotapes.); I quickly caught up to his progress so we could then skip off, hand-in-hand, to a nearby hospital to continue on. 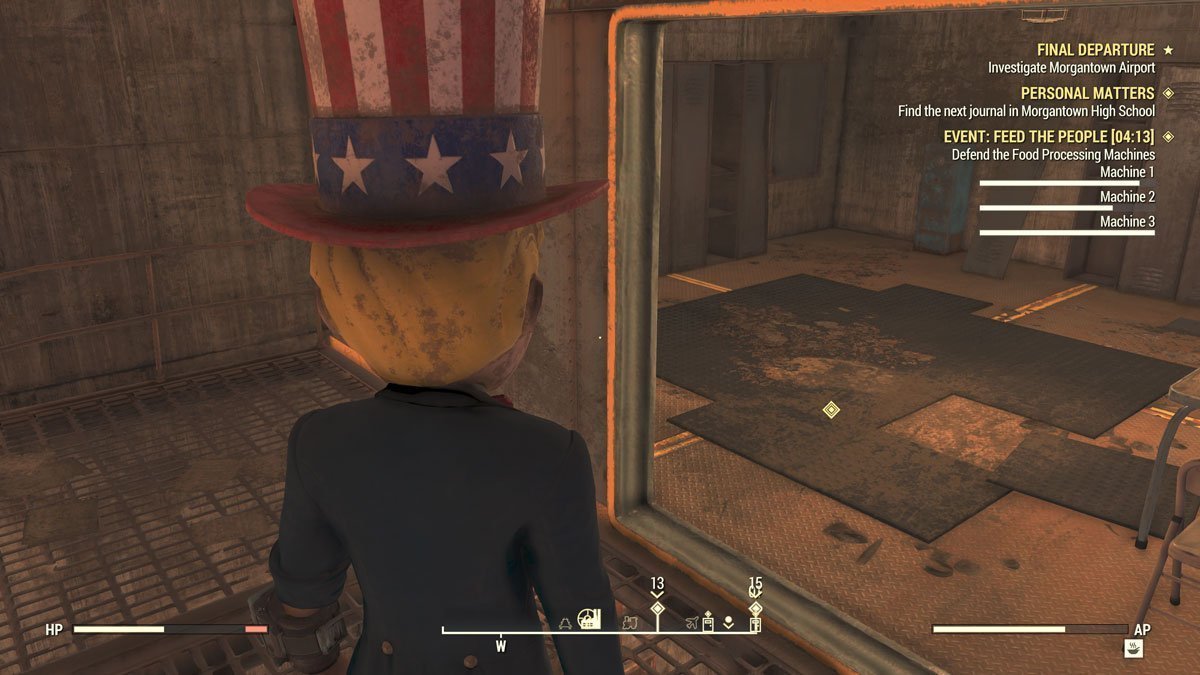 It’s then that when we realised that a team isn’t really a team in Fallout 76. Though we were paired up and working on the same quest, we both had to complete each step in the questline as if we were solo. The only real benefit came inside combat as numbers really are everything. Crazily, though, we soon found out that those who tentatively band together for in-game events will all contribute to a single progress meter. I can’t fathom why Bethesda has decided one way is good for events and another for quests. It’s beyond frustrating.

As we collected a blood sample from a mole rat — each, of course — I fast travelled to a point near the hospital we were asked to head towards. Ben began to laugh as my character remained in front of him, naked apart from a pair of tighty-whiteys, as I myself was being treated to a loading screen.

Once my starkers character popped out of view, Ben sighed. “I don’t think I’m going to finish this one,” he told me. It was pretty late in the evening, so I wasn’t sure if he meant the quest or Fallout 76 on the whole. Worse yet, I was ready to agree with the statement either way. 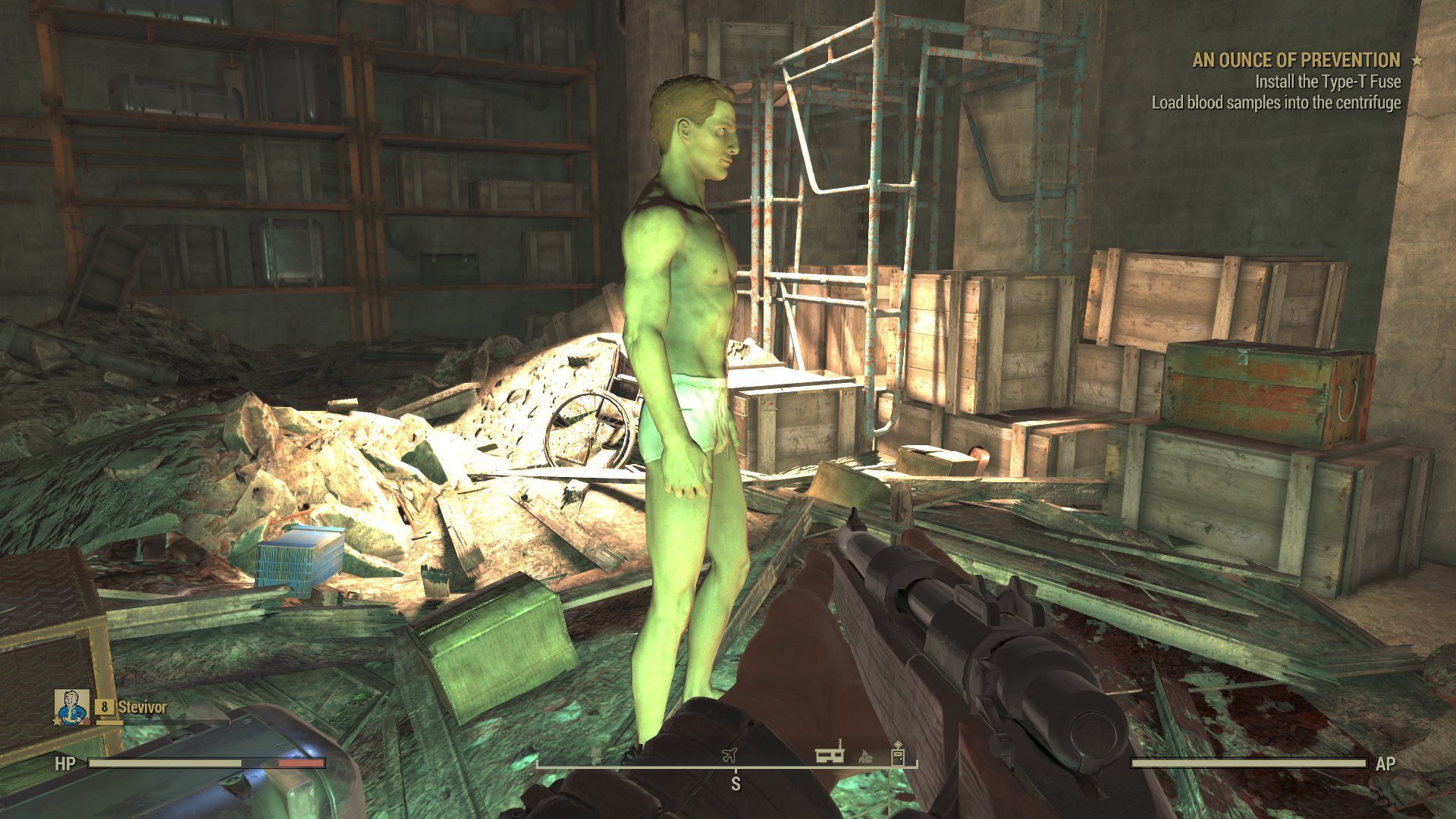 So far, Fallout 76 seems like a half-baked, early access entry, equal parts buggy as ugly (it honestly looks like an Xbox 360 game, even on Xbox One X — and that’s largely ignoring ever-present framerate drops). It’s a shame, too, because there’s the odd moment where things click, shining through with the brilliance Fallout can bring — finding a secret Vault in the basement of a University, as an example. Those moments are too infrequent right now, and I desperately hope that changes as I put more time into the game.

Let’s hope Bethesda addresses some of the bugs (and random design choices) soon and makes sure current players will want to stick around. I’d much rather be playing through Appalachia as Fallout 4 DLC than as this weird, multiplayer mess.

I’ve downloaded the game –basically in full — three times over now in the greater part of a week; still, things remain poorly designed and buggy as hell. Today, I entered a quest (solo) to find that the person I was supposed to kill in a bunker was already dead. Three server changes later (and about 5 minutes per change because loading times are horrendous), I eventually found a bunker where my target was alive. The catch? The room that he was hiding in was mysteriously barred; I shot through a wall and managed to kill him anyway. I’ll take it at this point. 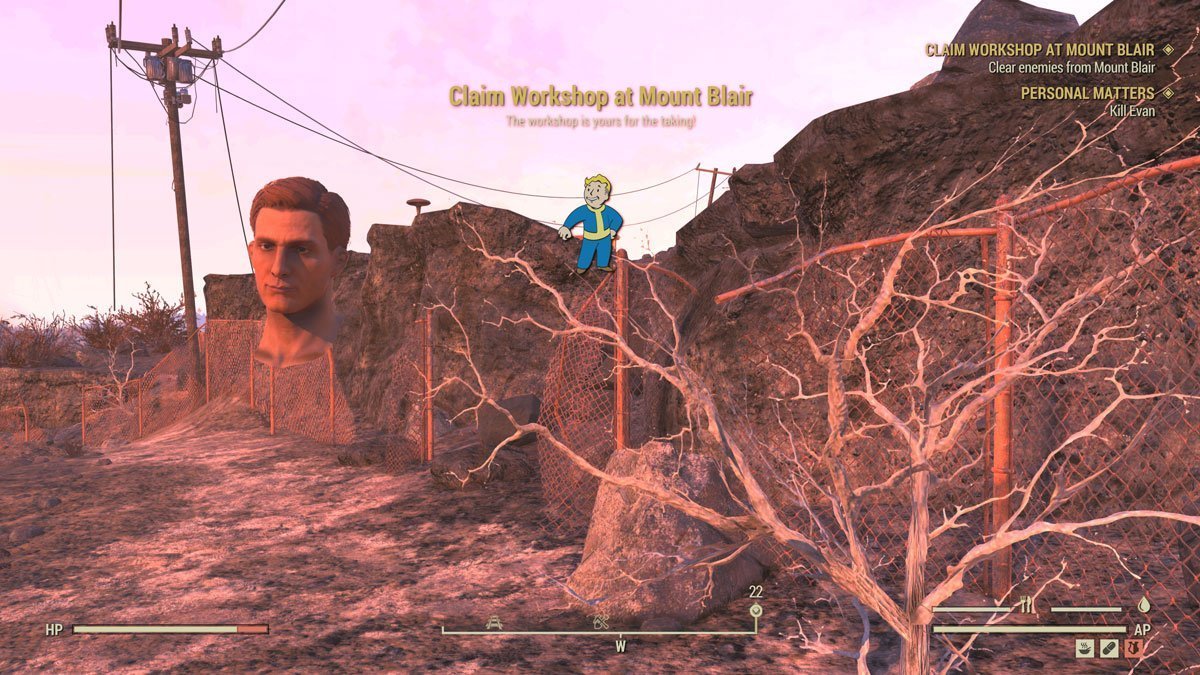 I went to fast travel to my next quest and spent the next three minutes (I timed it) as a floating head.

Fallout 76′s world is desolate and boring (apart from the times you’ll encounter a group of 10 Super Mutants ready to destroy you). The decision to remove NPCs in favour of computer terminals is astoundingly stupid; you don’t care about what you’re doing after the twentieth time a computer tells you to go on a fetch quest. Games like Destiny 2 thrive because they offer compelling characters you an can engage with; there’s simply no opportunity to do that here.

Bethesda has chosen to release a half-finished, buggy mess of a title in its current state. This isn’t early access, nor is it a beta — this is apparently a finished product that I have to assess. I have: it’s garbage. This poor release provides Bethesda the opportunity to take notice of two key takeaways: the Creation Engine needs to go, and single-player developers shouldn’t bite off more than they can chew when making a multiplayer game. And this comes from a guy who looked past Fallout 4‘s last-gen engine and subsequent failings to give it a 10/10. Free pass no more, Bethesda.

Fallout 76 was reviewed using promotional codes on Xbox One X, as provided by the publisher. Click here to learn more about Stevivor’s scoring scale.