DmC: Devil May Cry was one of the first games that we reviewed this year. It turned out to be so good that we’ve pretty much referenced it in every. Review. Since.

With that in mind, it shouldn’t come as a surprise that DmC’s first story-based DLC, “Vergil’s Downfall”, is equally as good as its core game. 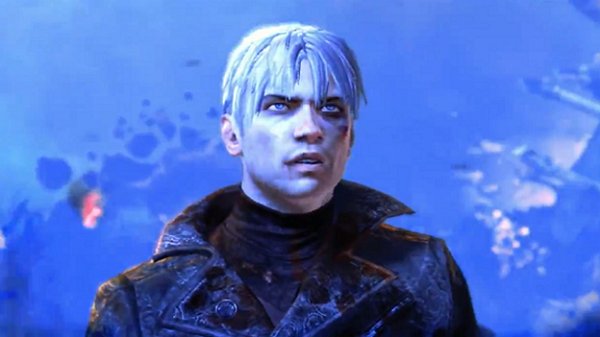 Taking place after the events of DmC: Devil May Cry — so, obviously, minor spoilers will be in this review, and major spoilers will slap you in the face if you play the DLC before you finish the base game – “Vergil’s Downfall” places the player in Vergil’s shoes as he recovers from the events that concluded the campaign.

Vergil possesses the same skills and abilities in the DLC that he displays at the end of DmC, but of course, you’ll have to unlock some of those skills and weapons as you fight your way through the six chapters of the DLC.

At the beginning, Vergil’s a very different Nephilim than his brother, Dante; he’s slower in combat, and doesn’t offer a lot of variety when it comes to his initial attacks. While it’s a bit of a jolt as you’ll have to adjust your play-style accordingly, it does help to keep the beat-em-up nature of DmC fresh as you’re forced to explore different ways to make Vergil an efficient killing machine. 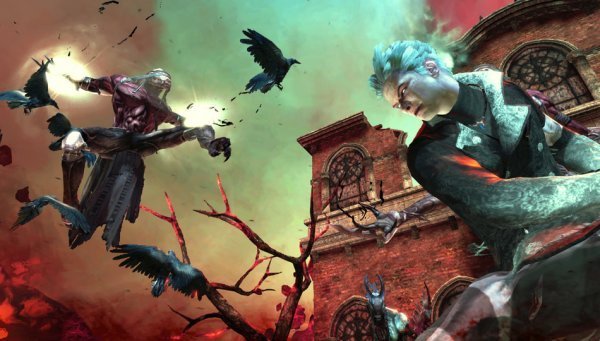 Eventually, Vergil will unlock a Devil and Angel version of his sword, Yamato… and, once you get those skills, it’s all over. Initially slow, the powered-up version of Vergil really becomes a force to be reckoned with. With each newly unlocked skill, you’ll feel that much more powerful, in a way I never felt when controlling Dante.

Story-wise, you can’t fault much with “Vergil’s Downfall”. In a campaign that runs for a good two or three hours, you’ll see how Ninja Theory have meticulously planned Vergil’s titular downfall, and it’ll leave you practically begging for DmC: Devil May Cry’s sequel. 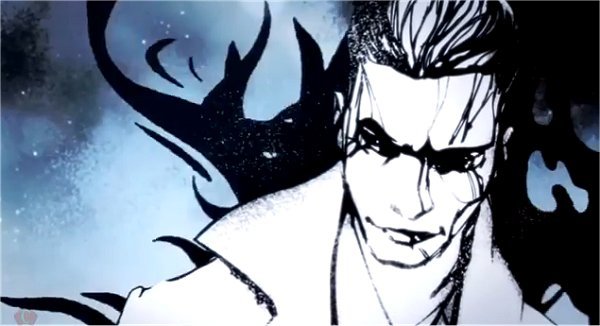 For the most part, cutscenes have been replaced with slick animated sequences that have a style all to their own. While they very much fit the mental state in which Vergil finds himself in, my only complaint is that they were a bit hard to follow at first. For the longest time, I thought I was watching Vergil interact with Dante, when in fact he was communicating with his own shadow self.

On the whole, “Vergil’s Downfall” is well worth the price of admission, and only furthers the quality experience that DmC easily established. It’s hard to go wrong with it.