Disintegration is the first game from V1 Interactive, a studio with former Halo devs at the helm and headed by Master Chief co-creator and former Bungie Creative Director Marcus Lehto. That key developer’s credentials have lead Disintegration‘s marketing charge alongside its hybrid genre, mixing components of a first-person shooter with real-time strategy (RTS) components. The result is an ambitious title with lofty goals that aren’t quite reached.

For those unaware, Disintegration is set in a world where humans have the option to transfer their consciousness into robotic frames. While naturals — those still in their original organic bodies — still roam the earth, they’re few and far between. The integrated — robot/human hybrids like protagonist Romer Shoal — yearn to leave their frames and return to human bodies, though another faction called the Rayonne wants the exact opposite, removing all organic life from the equation in a Borg-like quest for perfection.

In single- or multiplayer, you will ride in a gravity cycle, able to increase or decrease your altitude, boost around the map and fire a main and secondary weapon; this is the first-person shooter component of Disintegration. You’ll also have a team of up to four ground troops fighting alongside you, requiring your input into priority targets, placement and more; this, obviously, comprises the RTS element. 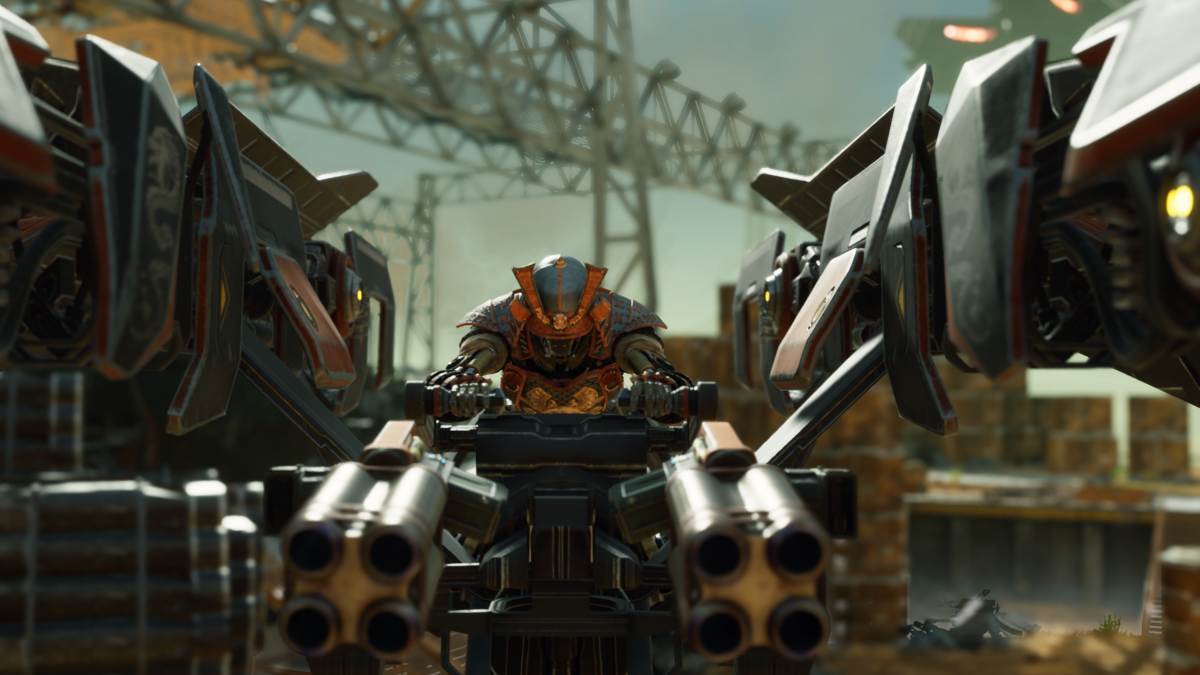 Single-player is comprised of an approximate 10 hour campaign that puts you in the robotic feet (and shoes, really — none of the hero characters go naked, while automatons do… but I digress) of Shoal, a former pilot who literally stumbles into the resistance. He’s the missing piece for a merry band of fighters, one who can pilot an archaic grav-cycle and suddenly command a squadron as if he had previous experience.

Quite honestly, I didn’t understand much of Disintegration‘s story from the cutscenes that accompanied the campaign. Despite some stellar vocal performances from most of the cast, (though the actor behind the Wagoneer is a mind-numbing exception), everything feels one note. The bits of story I knew, I only knew because I’d had time to discuss them with Marcus Lehto himself; it seems like there’s a bunch of world building that’s already been done and I think a move to put some of that online, just like Bungie’s done with Destiny, would do Disintegration a world of good as well. At the end of the day, I don’t care about the characters in the campaign, and that’s s shame.

It’s not only the story that seems flat, but the campaign itself. You’ll start off by running around a hub area collecting side-missions, then jumping into a mission where you’ll basically fly from group of enemies to group of enemies, shooting at them until you can continue on and right-click a maguffin to destroy, or turn off, or turn on, or whatever. At times, there will be control points that you’ll need to sit on and desperately struggle to survive as wave after wave of enemy comes barreling at you. 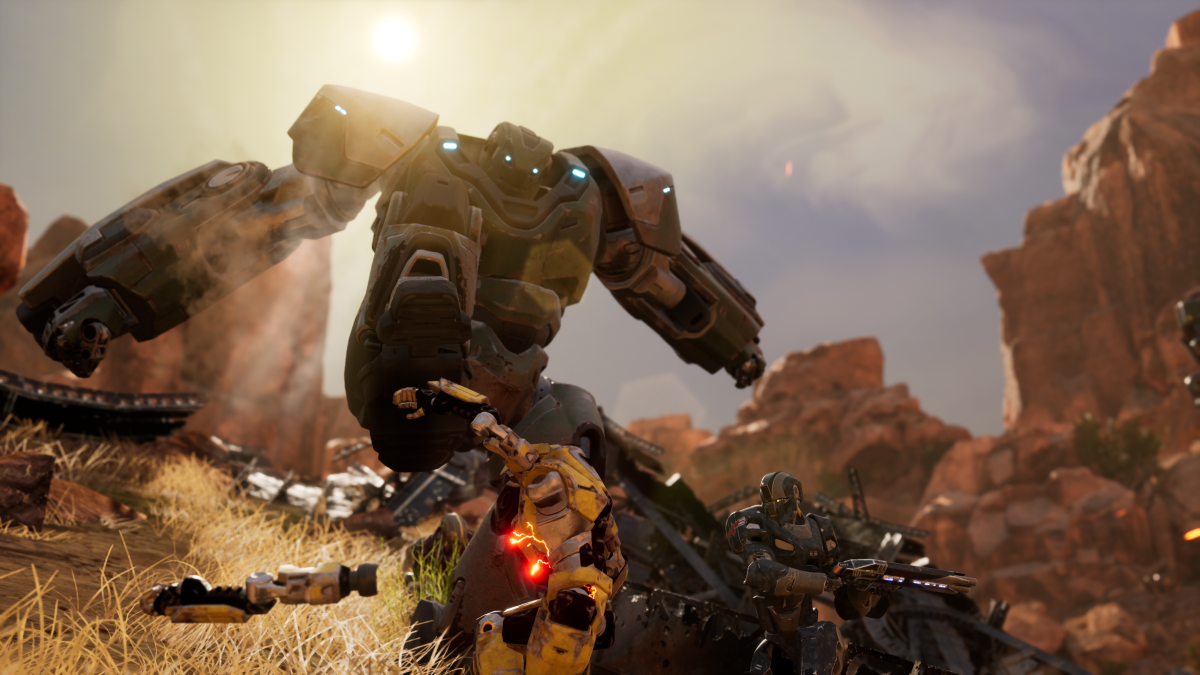 Ultimately, there’s too much going on at all times — you need to command your rather stupid AI troops while dodging gunfire, trying to target opponents with a command so you get some backup and also be shooting at the bad guys as well because you’ll definitely be doing more damage than they will be. Even though you’re telling your troops to stay close and help out, they tend to stray and then you’ll need to factor in zooming across the map to collect their brain from their corpse on top of all that or else face a failure state.

On easier difficulties things are rather mindless, and on higher difficulties like Maverick and above, too chaotic. In addition to the real-time management detailed above, you’ll also be swapping in and out of different grav-cycles. You’ll play with long range rifles and get used to using those only to have those swapped out for shotguns the next. The same applies for your secondary weapon — sometimes you have an area of effect heal bubble that you can send troops to at the same time you heal yourself, and other times you’ll get a cannon that can only target one of your ground troops at a time. When that happens, you and your grav-cycle are on your own.

To say that single-player is an unbalanced affair is putting it lightly, proving far more frustrating than enjoyable. When you finally get past a tough section — usually by cheating, essentially, hiding behind a wall and slowly picking at baddies or something — you’ll end up feeling relief that you can move on rather than any semblance of satisfaction. 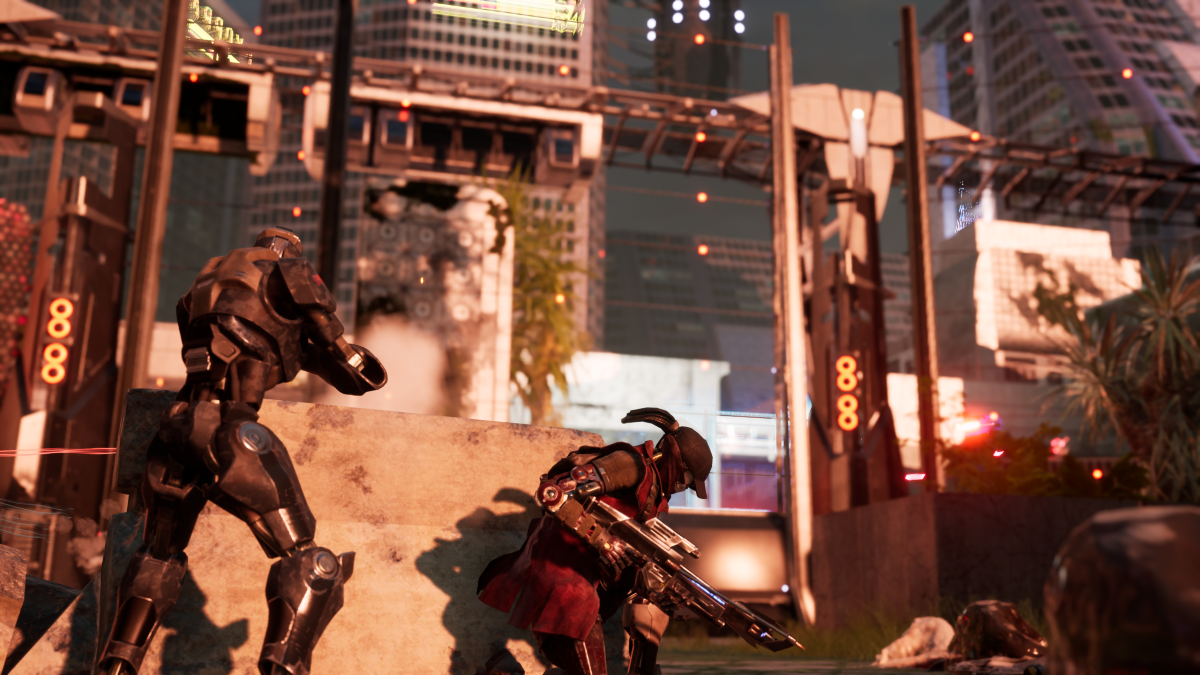 Multiplayer is Disintegration‘s saving grace, a competant offering that allows for some enjoyment when single-player feels like a letdown. We’ve only experienced about two hours’ worth of multiplayer, but I already know that’s where I’d have rather spent my time with the title.

The title launches with three modes: Zone Control, Collector and Retrieval. By far, Retrieval is the best of the bunch, a kill confirmed-style mode where you set off in your grav-cycle to kill other pilots and their ground troops. You can collect the braincans of your opponents, but also retrieve those of your teammates in order to tip the score in your favour. Zone Control comes in a close second, offering a map with three control points to conquer. Retrieval was hit and miss, but that’s admittedly because I kept being matchmade against a team with two or more players than my own each time.

While the modes are standard fare, it’s the factions within multiplayer that makes things fun. Despite the multiplayer heralding the different appearances of the crews, from the Samurai-styled Lost Ronin to the Cyberpunk-inspired Neon Dreams, the real drawcard to them are their different grav-cycles, weaponry and attibutes. If your playstyle works better with a speedy vehicle that lets you jump in and out of battles, you can choose a crew that’ll work to that advantage. 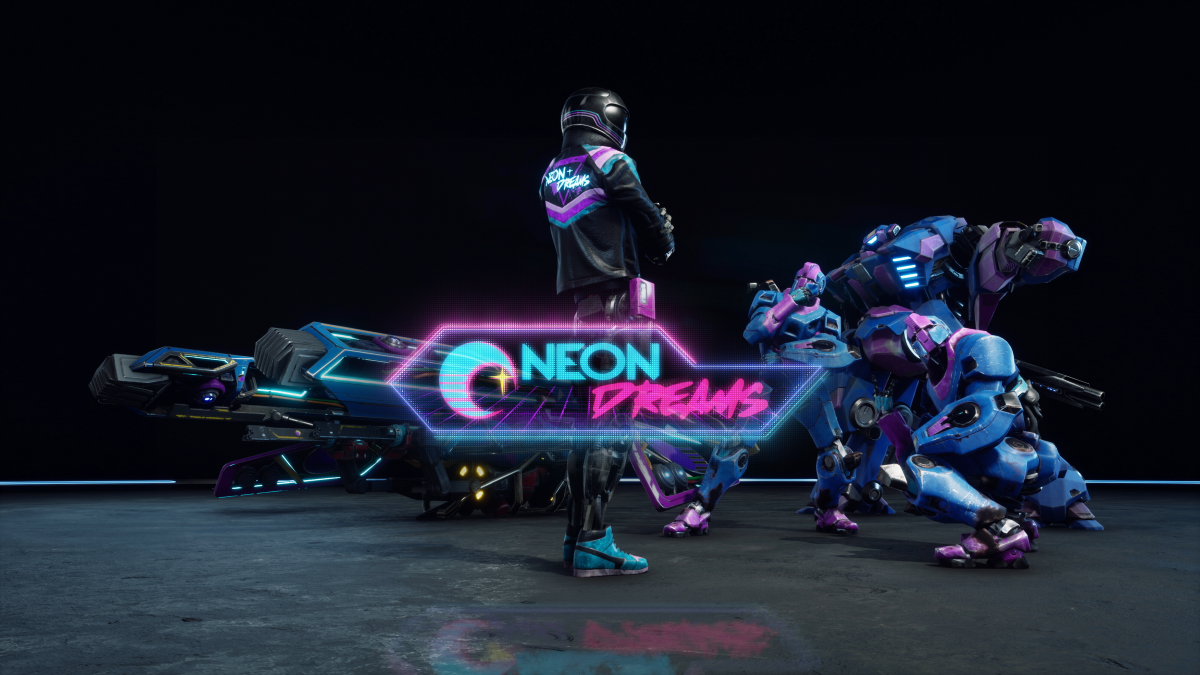 After playing multiplayer I was left confused as to why single-player didn’t offer the same style of customisation of playstyle, instead just throwing equipment at you and hoping you’d retrieved upgrade chips to improve percentage points. Half the time I hadn’t, but that was merely because I kept slamming into difficulty spikes with poorly timed checkpoints and decided to bypass caches by boosting through encounters in order to make up the 10-15 minutes of gameplay that I’d lost each time I blew up or my idiot ground crew ran off to be murdered in the middle of a pack of baddies.

Disintegration seems like it would have been my jam, but it proved to be the complete opposite. There’s a lot of squandered potential in both this title and the franchise itself, and I hope that V1 Interactive is able to salvage this release in the weeks to come. Some much needed focus will greatly improve the package.

Disintegration was reviewed using promotional codes on Xbox One (single-player) and Windows PC (multiplayer), as provided by the publisher. Click here to learn more about Stevivor’s scoring scale.