Since the downfall of THQ, I was concerned that Relic may be on its way out. Thankfully, the Dawn of War franchise was rescued by Sega, and its long-awaited third installment will soon be delivered to gamers via deep strike. The amount of time I’ve spent playing the first two titles in the franchise would astonish most people. I live for the original’s “Soulstorm” expansion, which presented a take-and-hold map-based campaign that you could perform multiple playthroughs with any in-game race. Dawn of War II: Retribution‘s three-player Last Stand mode basically added an RPG element to the RTS’ heart, reinvigorating proceedings. Needless to say, Dawn of War 3 had a lot to live up to in my eyes, and thankfully succeeded in doing so.

Dawn of War 3 has opted for a play style that falls somewhere in the middle of the two previous games. Back is building a base that gives you access to then build new vehicles and units. These items are also upgraded from their respective buildings. Resources are presented in the form of listening posts, scattered around the map, that you’ll first need to capture; they generate consumables over time. Hero characters no longer feel overpowered; they’re better than a couple grouped units, but if they’re not supported, they won’t excel at what they do best: conquering. 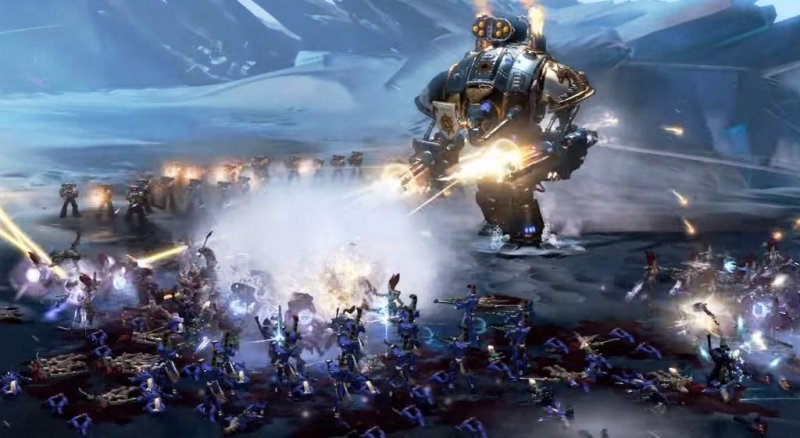 The introduction of Super Heavy units brings a new tier of destruction to the franchise, offering up truly titanic conflicts when these units go up against one another. Other conflicts aren’t going to be slouches either; a large selection of Warhammer 40,000‘s units are available in Dawn of War. In any matchup, Relic’s made a real push to encourage the running of groups of different units, each relying upon one another to cover weakness. This requires a healthy dose of strategy, something I found wasn’t part of previous titles — at least, not to this degree.

Dawn of War 3 has a main campaign split between the Space Marines of the Blood Raven chapter, Eldar of the Biel-Tan craftworld and the Orks of the Blood Moon clan. Campaign missions jump between the three main characters of each faction. Each new chapter unveils a intriguing story, as you’d should expect from the lore-heavy Warhammer 40,000 universe.

A new feature in Dawn of War 3 is the elite choice or upgrade menu. Here, you spend Skulls to upgrade your elite units (aka Heroes) or to purchase army doctrines. You can equip three of these, each adding a new ability or passive upgrade to a unit or your base. Playing Skirmish or Campaign games and levelling up your Heroes will result in Skulls as rewards. 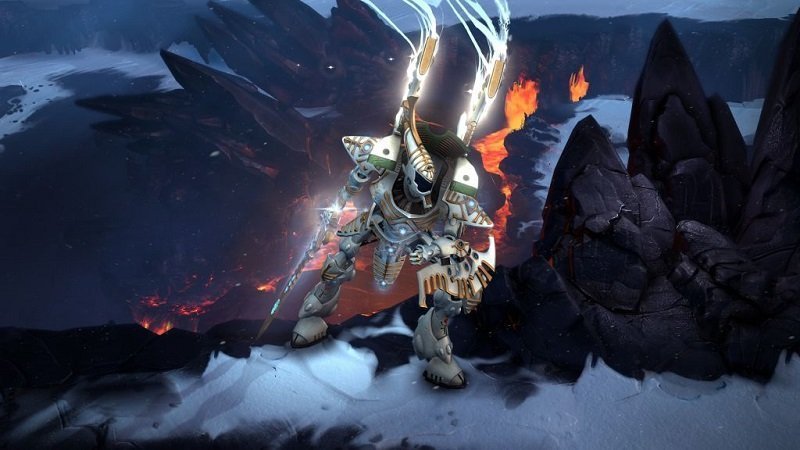 Multiplayer has made a return, with the traditional Skirmish mode allowing up to 8 players in either free-for all or team-based destruction. AI players will fill any gaps, and you’re also able to save and continue any games you’re playing against them. Sadly, gone from Dawn of War 3 is my ultimate favourite mode, Last Stand. After presenting such compelling gameplay in Dawn of War II, I can only hope (and be annoyed) that the mode is being saved for a future expansion or DLC pack.

For those who love to customise, the in-game army painter returns, offering the option of painting up an army to match one you may have at home. As nice as the option is, you’re only able to colour four points, which is very disappointing. This said, it’s still a nice inclusion if, like me, you paint the miniatures at home; this allows you to test paint schemes before dropping a brush in a pot.

Once again, Relic has done a great job at bringing Warhammer 40,000 to the digital world. Anybody who is into Games Workshop’s biggest and best will love this, as will those into RTS titles. It may not be a substitute for the tabletop game, but it’s a great play nonetheless.

Dawn of War 3 was reviewed using a promotional code on PC, as provided by the publisher. Click here to learn more about Stevivor’s scoring scale.