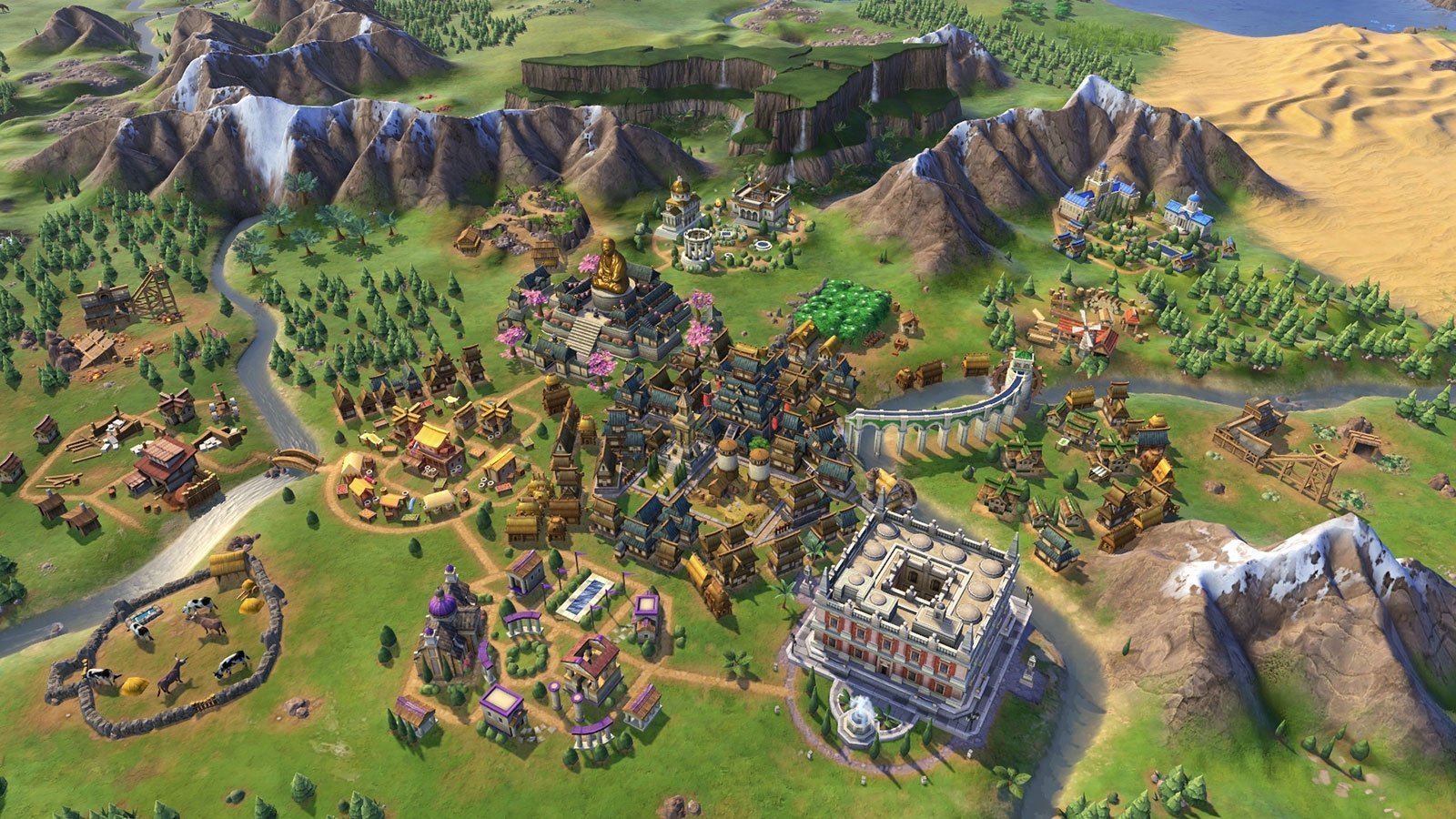 And govern you shall.

Civilization VI has been reinvigorated with a new expansion, Rise and Fall, ushering in what 2K hopes is a Golden Age for its beloved franchise.

Rise and Fall‘s updates are aiming at balancing the title, making it easier to achieve victory without outright conquering everyone and everything you see around you. Changes some from three main streams: Governors and loyalty, a revised alliance system and Ages and Eras. While stream works independently, they also intertwine in a way that strengthens the entire package. Coincidentally, the changes make the different in-game civilisations do that very same thing.

Loyalty actually means something in Rise and Fall, charting how the citizens in your civ actually respond to your leadership. Whereas those in the outer reaches of your regime might have had to just deal with hardship and isolation in the past, this new system gives them the option to defect. If you’ve a small city bordering onto another civilisation, you’ll quickly find you need to support it or else watch it be gobbled up — willingly — by your neighbours.

Governors help to… well, govern… the loyalty system and are unique units with their own specialities. Some are useful to reap the rewards of a large and thriving city, while others are essential to control a town on the brink of defection. More importantly, Governors — like the loyalty system itself — help to bring importance to the day-to-day, or rather, turn-to-turn, goings on of your empire.

Ages and Eras work in a similar fashion, with the goal of unifying all civilisations on a map. In the past, you worried about your regime and moved to strengthen it as much as possible; the new Ages system takes everyone into account and places you in the Golden Age (if you’re all reasonably successful) or the Dark Age (if you’re sh*te). To ensure success, you’re tasked to accrue points, earned through the construction of wonders, scientific research or religious progression. Again, it’s nice to have something other than military might factor into your gameplay.

It’s essential to play your part and contribute to the entire world’s progress, creating a welcome, newfound emphasis on the small decisions and minute bits of progression that you undertake. There’s more than just Golden and Dark Ages too, with Normal and Heroic also available to unlock. Some games can cause huge swings from one end of the spectrum to the other, though a Normal Age is also quite common.

Finally, the revised alliance system makes you feel like you actually have a friend in the world. My past experience with Civ VI was that I was the only person I could really trust. Now, alliances tend to matter and are undertaken with reasonable leaders rather than bipolar messes. You’ll find a new sense of camaraderie with those you align with, at differing levels depending on the type of alliance you form. With options focusing on goals of cultural benefit, research or military gain, your alliance really needs to be strong and function as a well-oiled machine in order that you both benefit.

I’ve said it before, but I really need to drive this home: these new streams bring the world together in a way that Civ VI didn’t. While there’s still a bunch that could be improved — including occasional, woeful AI — a game of Rise and Fall makes you feel like everything you have done has really mattered. That every action taken mingles with those of others and changes the world. It’s great.

Say hello to the Zulus, the Mapuche, the Dutch, the Mongolians, the Cree, the Scots, the Koreans, the Indians and the Georgians. Say hello to a Civilization VI with a new lease on life, teeming with new possibilities.

Civilization VI: Rise and Fall was reviewed using a promotional code on PC, as provided by the publisher. Click here to learn more about Stevivor’s scoring scale.