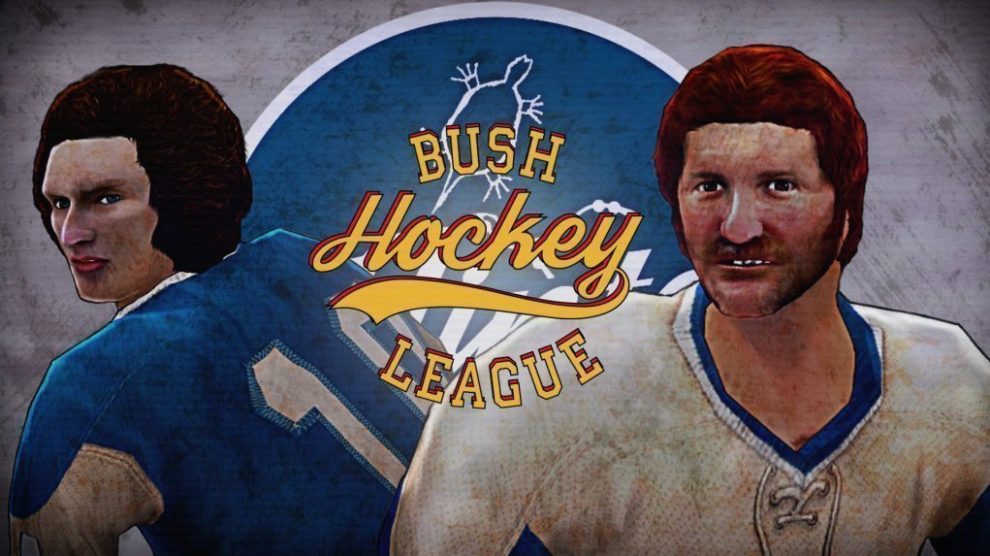 Bush league hockey was a glorious thing in the 70s — players didn’t need helmets, teeth, nor skill and craved a fight on the ice alongside a post-brawl beer on the bench. For most teams, practice consisted of simply showing up to games, and proper defence was a well-timed hack across an opponent’s wrists. Times were certainly different then; simple and exhilarating. That’s what Bush Hockey League has set out to portray, and after a flawed first attempt in Old Time Hockey on PS4 and PC, this iteration — headlined by availability on Xbox One — has definitely done its job.

This is the first hockey game available in a long while that’s not been developed by EA Canada, and the result is a very different beast altogether. It’s designed for a specific demographic, complete with a beer mode, one-handed control scheme so you can keep your buzz as you play; it’s hard to believe a triple-A publisher would ever condone such a design choice. The thing is, it’s hard not to play Bush Hockey League without comparing the two, and harder still to play it like a traditional NHL video game. 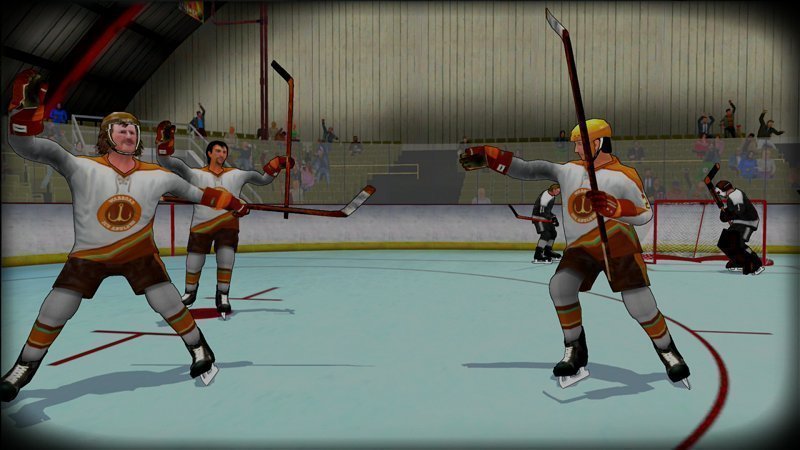 There are icings and offsides – but after that, it’s best to throw away the rule book. To succeed, you’re going to have to hook, hack, slash and hip check, channelling Slap Shot‘s Hanson brothers as best you can. Don’t bother winning face-offs — instead, give your opponent the puck and get to work lining up three devastating hits in a row. That’ll place your team on fire, just like in NBA Jam, making you virtually unstoppable. Pass, deke and send rockets towards the pipes, and you’ll be putting pucks into the back of the net in no time. When you’re up by enough goals, your focus should shift – go and find the nearest opponent with a fist above his head and further antagonise him. When an eventual fight starts, cross your fingers that you’ve succeeded in a line brawl. After all, it’s not truly a game of hockey until you’ve earned that Gordie Howe hat trick.

With period title cards and overlays and an announcer that’s more likely an amateur rather than someone putting on an act (sorry, Vancouver radio host Matt Baker), Bush Hockey League looks, sounds and feels like a 70s broadcast. While the cel-shaded nature of the players only adds to this, the piece that pulls everything together is an inspired soundtrack selection, Canadian to its core. We’re talking polkas, ska and, of course, The Donnybrooks’ (formerly) titular “Old Time Hockey”. It sums up everything this release is trying to do — go and take a moment to appreciate its majesty. 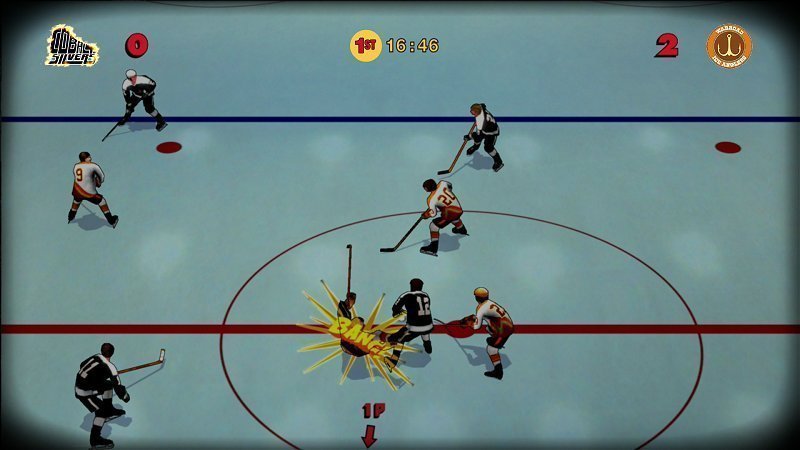 There are two main modes on offer: a 1- or 2- player Exhibition mode or 1-player Story mode. The latter puts you in the shoes of the Schuylkil Hinto Brews, a team struggling to find its feet part-way through the 1975-76 Bush Hockey League (BHL) season. The Brews, competitive in Exhibition mode, have stats that start out at nought in Story mode. Told the team is on its last legs, you’ll spend your first eight games learning how to play, locked into Advanced controls. Unlike the game at launch, you’ll have full access to players’ skills and abilities, meaning you can get straight into emulating an underdog team full of young scrappers.

Even then, newcomers will find they’ll still lose their first games in Story mode… and probably badly at that. Little by little, you’ll get the hang of things, going on fire, hip checking, hack and slashing and all that. You mightn’t win every game after that — the Brews truly do suck and need to crawl out of a big hole – but you’ll at least be competitive.The idea of the story mode, even at launch, was to make losses fun; Bush Hockey League now nails this.

Story mode isn’t just fun — it’s used to unlock Advanced controls in Exhibition mode alongside a third set of jerseys for each time. While the Beer mode and two-button controls can be selected, most hockey fans are going to be used to NHL’s skill stick system; it’s hard to shake years of muscle memory. Admittedly, I can see the appeal of two-button controls, but not until Bush Hockey League‘s Switch release. A Joy-Con seems purpose-built for the scheme. 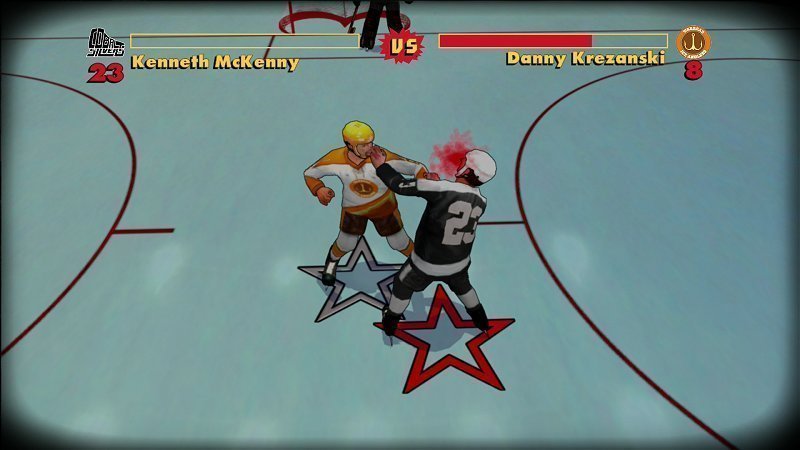 Despite a number of improvements, it’s not perfect. The game gets a bit confused switching between players in your defending end, resulting in a chaotic mess as you have to ignore the player you wanted to control, identify the one you’re actually driving and then react against your opponents. Fighting, easily one of the best parts of the game, takes a while to move from instigation to the actual event – I struggled to figure out if I should just wait for my bout to begin or continue chasing down the puck. My defencemen continually decide they need to do a line change right as an opponent is screaming down the ice towards my goalie. At least make ’em work for the breakaway, eh? Finally, one-timers are a bit clunky… if you can even call ’em that.

Bush Hockey League is as bush league as it gets – from a desire to represent that mirrored by the size of V7 compared to the gargantuan EA Canada. It’s occasionally rough around the edges, but in ways that usually elevate rather than hinder it. Questionable design decisions aside, Bush Hockey League is great fun — a reason to invite a friend over, crack a beer and dive back into the good ol’ days.

Bush Hockey League was reviewed using a promotional code on Xbox One, as provided by the developer. This review was based off our original Old Time Hockey review on PS4. Click here to learn more about Stevivor’s scoring scale.