Let’s face it: no one is reading this article, because they’ve already played Batman: Arkham Asylum. If you’re haven’t, you should be – like Batman Begins made Batman films good again, so too did Rocksteady’s masterpiece set Batman video games back on track. Straight after release, Guinness bestowed the World Record for “Most Critically Acclaimed Superhero Game Ever” on it, and for good reason.

Batman, one of DC Comics’ big three iconic characters, is a brilliant detective and crime-fighter, but has had a rather lacklustre video game career (still, he’s done much better than poor Wonder Woman or Superman). 8- and 16-bit Batman games basically had you running around using a batarang to take out enemies. Next-generation outings didn’t change much either; the best Batman game before Arkham Asylum was Lego Batman, which probably tells you something straight away. Arkham Asylum does a brilliant job to showcase the full arsenal of Batman’s skills; there’s just as much stealth and detective work as there is combat.

It’s neat to track down a fingerprint, or a specific chemical, and configure your cowl to pick up instances of that clue in the environment via detective mode. That same mode also allows for unobtrusive fan-service – fans can go and track down references to Catwoman, Penguin, and others; those who aren’t as interested can just move along with the story. As for stealth — seriously, you will find yourself screaming “I’M BATMAN!” as you hang upside-down from a gargoyle, silently zipping down to take out an enemy. 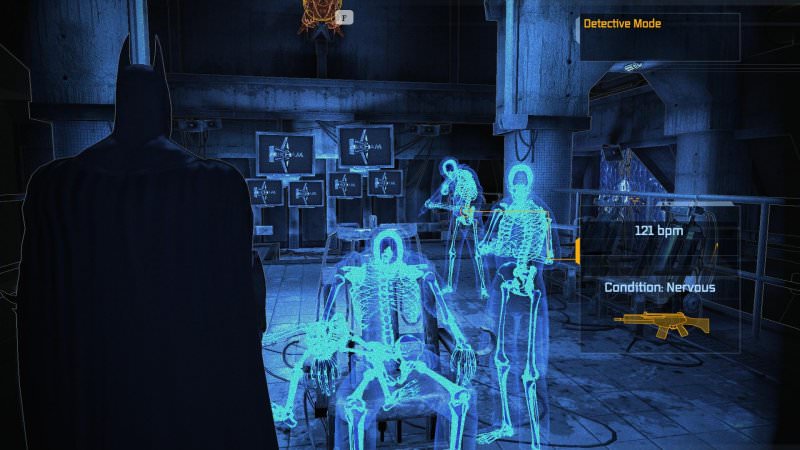 Rocksteady’s character design is inspired – Scarecrow and Poison Ivy stand out as the best examples of this. The Scarecrow is terrifying, and his portions of the game certainly make for tense gameplay. Poison Ivy and Harley Quinn prove that this game isn’t just for the kiddies – I’ve never seen Bat-characters so sexualised, but not in a way that just wants to simply offend players.

As someone who grew up watching the Batman animated series on TV, I was beyond excited that the original voice cast was reunited for the game. You might scream it out whilst playing, but Kevin Conroy really IS Batman (Christian Bale and Ben Affleck eat your hearts out). Arleen Sorkin has made Harley Quinn such a success that DC actually introduced her quirky character into the Batman comic books (did you know that she first appeared in the cartoon?), and it goes without saying that Mark Hamill’s Joker truly makes the game. The nostalgia alone would make this game great if it had nothing else to fall back on. While Tara Strong does an exemplary job of voicing Harley in subsequent titles, it never feels the same. This, alongside a lack of open world setting, means Asylum remains tight — and tense — all throughout, something the later Arkham games lose track of from time to time.

Old hat to franchise fans now, newcomers will take a bit of time mastering freeflow combat. There are nine unique moves you can integrate into your fighting via simple button presses; the finesse comes into play as XP points are maximised by chaining those moves together in one freeflow combo string. When it works, it really works, and you can feel the power behind Batman’s punches, flips and takedowns. When you’re going for a 40 hit combo (because it’s all about the Achievements) and Batman randomly punches to the left when you’re CLEARLY holding your control stick to the right, you will get frustrated. That feeling will become repetitious. You’ve been warned. 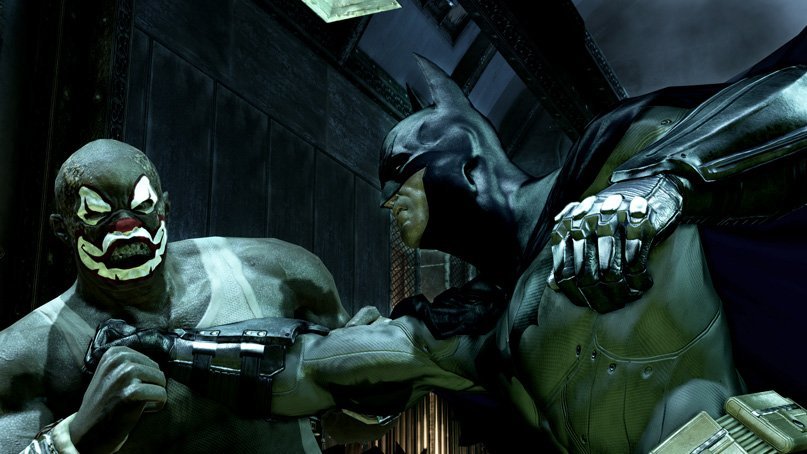 To the game’s credit, you can use the excellent Challenge Rooms in an attempt to refine your skills. Doing so helps two-fold: you get achievements in the Challenge Rooms, and the skills you need to build to get those successes can be used in the main game to help out in some of the tougher boss sections. That is, disregarding the last boss fight entirely — it’s a cobbled-on mess that exists purely because video games need stupid, over-the-top end battles. It’s a shame, too — every other battle before it is nail-biting and action-packed.

Arkham Asylum‘s current-gen re-release is a great adventure to jump back into, especially if you’re a superhero or Batman fan. It looks amazing, but suffers from the same framerate stutters in cutscenes as Batman: Arkham City‘s re-release. Still, you’ll forgive the flaws after minutes in the cowl.

Batman: Arkham Asylum was a masterpiece at launch, and remains so today. Its gameplay is addictive; its story well-paced and engaging. You can’t go wrong here.