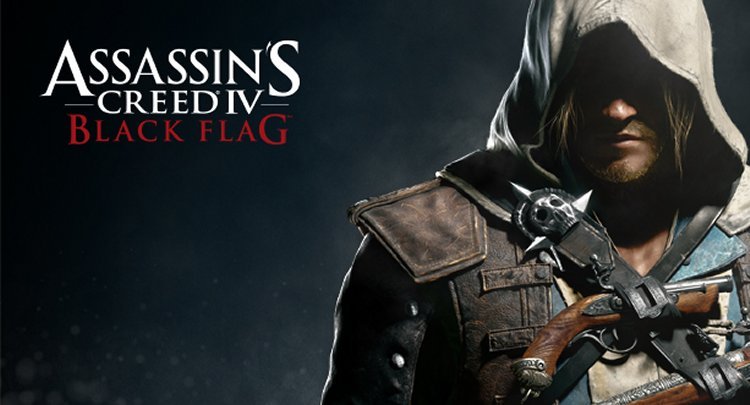 After Assassin’s Creed III, I fully expected to hate Black Flag. As a fan of the series, I felt that Ubisoft had lost their way with ACIII. With iteration after iteration, it was as if Assassin’s Creed was (ironically) suffering an identity crisis.

With each game, new and extra features were added; by the time ACIII rolled around, it was a bloated, directionless mess. Weighed down by the lofty heights the story strove for and never managed to reach, a main character many players had trouble relating to and an inordinately long seven hour intro, Assassin’s Creed III certainly had its problems. I maintain that at some points it provided truly sublime experiences, but they were too few and too far between.

When Assassin’s Creed IV was first revealed, I’ll admit that I scoffed. I scoffed so hard. Pirates? It seemed like the identity crisis that had plagued the franchise from its inception was continuing. I joined in on the ‘jumping the shark’ jokes. I ridiculed yet another white, male lead character. I wondered how on Earth the story could continue after the conclusion of ACIII. Most of all, I was utterly blown away that Ubisoft were releasing it only a year after ACIII. I expected — and secretly hoped — it would be terrible, even if for the fact that maybe, just maybe it would cause Ubisoft to give the series a much needed rest. It could come back in a few years, once next-gen had well and truly settled and hopefully blow us all away with Assassin’s Creed 2.0.

If you’re not sitting, then please do. I am about to do something shocking.

Not only am I admitting I was wrong — a rare enough occurrence — I’m happy to do so. It also gives me great pleasure to announce that Assassin’s Creed IV: Black Flag is glorious. Not only is it the best in the series since Brotherhood (or Assassin’s Creed II if you subscribe to popular opinion), it’s one of the best gaming experiences I’ve had this year.

With its Animus-powered historical plot set before the events of Assassin’s Creed III and its modern-day subplot set afterward, Black Flag starts with a bang. We’re introduced to new ‘hero’ Edward Kenway during a fierce storm and a raging ship-to-ship battle. Unlike its predecessor, Black Flag gets down to business immediately. While the next several hours are tutorial masquerading as missions, they’re cleverly crafted so that you never truly feel the spectre of the developer peering over your shoulder or holding your hand. Long time fans may recognise what’s happening, but will be having too much fun to care.

Edward Kenway is a pirate, with allegiances to no Creed or Order; he worships money. His is not a story of a noble cause for good, or for the betterment of mankind. Kenway simply wants a piece of the pie; to make enough money to go home to his beloved and be counted as somebody who matters, not just another peasant. The personal narrative for Kenway is a refreshing change from a series whose protagonists have largely been driven by revenge, the Creed or some such other overwrought and heavy handed emotional journey. It’s easier to relate to Kenway and given that he’s even more charming and roguish than Ezio meant I was on board immediately. The same can be said about the new modern day character, if you can really call him that.

With Desmond’s fate somewhat of a mystery at the close of ACIII, we find ourselves playing as an unnamed and unknown Abstergo Entertainment employee. Played from the first-person, these (optional) sections see you tasked with interacting within the offices of Abstergo as you delve into the Animus to create a videogame based on Edward Kenway. It all gets a little bit meta, but in a strange way it works. In the world of Black Flag, Abstergo Entertainment has partnered with Ubisoft to release Black Flag, after the success of Assassin’s Creed III: Liberation.

There is of course an overarching mystery that develops as you progress. It ties back into the story developed over the past five games, fleshes out the universe (post Assassin’s Creed III) and gives a clear indication of what to expect from future Assassin’s Creed titles. At least in respect of the modern day setting. 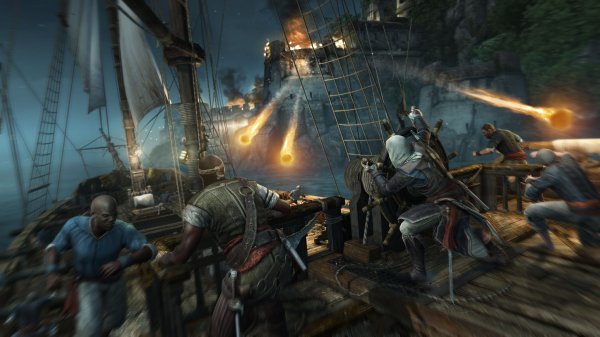 Free of Desmond and his journey the modern day setting is actually free to simply focus on the wider story and implications. Making it one of the most fun parts of Black Flag. That’s not to say the stuff set inside the Animus is lacking, because it’s most definitely not. I haven’t had so much fun with Assassin’s Creed in years.

Everything the series has become known for at this point makes a return in some form or another. Parkour, including the tree running introduced in ACIII, a global economy, assassination contracts, view points, a meta game (this time involving Kenway’s fleet of ships), multiplayer and now carrying on from the previous game, sailing. Unlike ACIII, the over world in Black Flag is a wide open ocean with large and small islands scattered amongst the waves. Much like Wind Waker, the focus in Black Flag is on sailing and naval exploration and combat. The mechanics from ACIII have been carried over almost exactly, with one or two small tweaks to make sailing and battling just that little bit faster and more intuitive.

It’s not long into proceedings that you’re given the freedom to set sail on the seas and either continue the story or simply explore what this vast, watery world has to offer. What you’ll discover is that it has a lot to offer. Whether it be whaling, hunting on land, searching for buried treasure, battling and boarding enemy ships or taking control of island forts, there’s certainly no shortage of activities in Black Flag. Those I’ve mentioned only begin to scratch the surface of what you can take part in and unlike its predecessor each and every one feels connected to the story, to Kenway personally or to your progress through the game. Superfluous activities don’t feel that way, which is something Assassin’s Creed has really struggled with in the past. 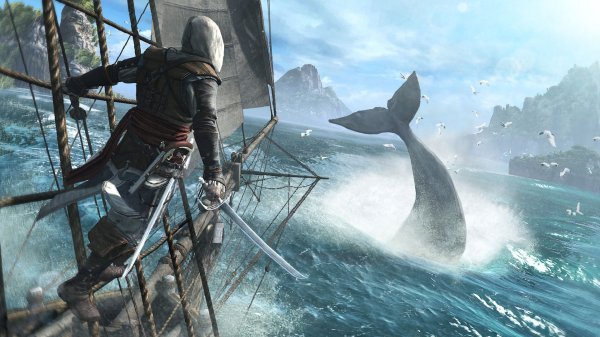 Not all elements of Black Flag are a smashing success though. Parkour and free running is essentially unchanged, meaning you’ll find yourself gripping the wrong ledge, running the wrong way and falling off buildings more often than you’d like. If you’ve played Assassin’s Creed in the past, you’ll know what to expect. Although stealth has always played a large part — at least in the vocabulary — of Assassin’s Creed, the series has never been known for it’s strong stealth elements.

Oddly, the development team has applied stealth to some of the sailing sections. Aside from being absolutely ludicrous (anyone with a pair of eyes on another ship looking you way could see you) they’re an exercise in frustration and annoyance. The ship handles well for its main purpose, sailing the oceans. What it doesn’t handle doing so well is sharp turns and cutting back and forth to avoid the magical cone of vision of an enemy ship. These sections aren’t totally terrible, they just don’t really work logically or mechanically.

Older elements of Assassin’s Creed once again crop up in Black Flag and after six games, feel horribly outdated. Far too many missions revolve around eavesdropping while remaining hidden, tailing two characters as they slowly walk from A to B or simply walking alongside other characters while they have a conversation. These are the least enjoyable moments in Black Flag and while they’re not overly frequent, compared to the pure freedom and fun to be had elsewhere they look much worse off. 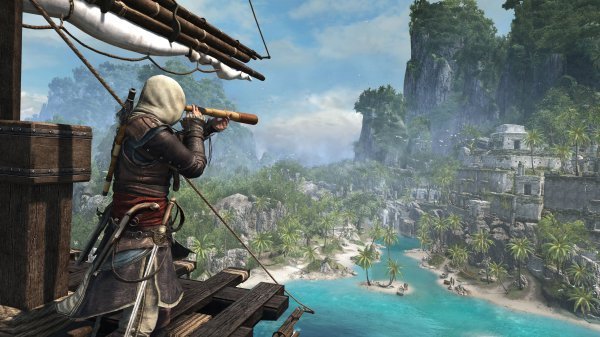 After Assassin’s Creed III, Black Flag is exactly the turn the series needed to remain fresh and relevant. While initially, the pirate setting may have looked like a strange and ridiculous pairing, it actually fits quite well with the established themes and tone of the franchise. Edward Kenway is a rival to Ezio for greatest Assassin’s Creed character and his personal story is far and away the best one told thus far. Black Flag pays homage to the previous games but carves out its own path. It’s not a slave to tradition and boldly blazes a new trail.

If, like me, you were disappointed in Assassin’s Creed III and thought that Black Flag looked like another gigantic misstep for a series that had totally lost its way, I urge you to reconsider. Black Flag turns everything that ACIII did wrong on its head. It uses the best of the series to craft a truly exceptional experience, one that has been promised ever since the very first game. Assassin’s Creed IV: Black Flag is utterly brilliant, exceptional good fun and a must play.