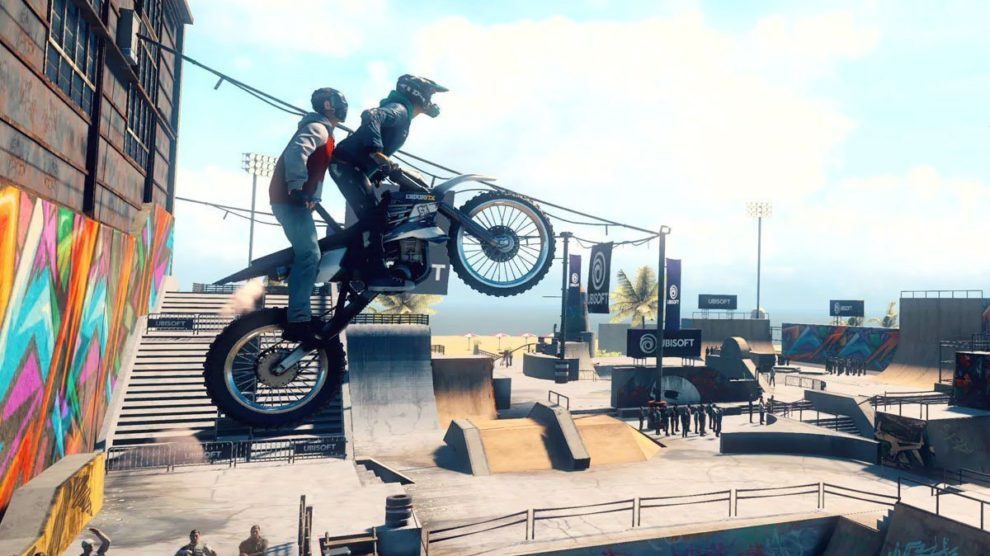 The best part of Trials Rising is easily the new tandem bike.

Sure, Rising looks to have returned the franchise back to its roots, with challenging jumps demanding an intimate knowledge of physics and the like, but I’m here, right now, to talk about why the tandem bike is in a class all to itself.

Trials is hard enough with a single person in control of a high-speed bike. A player is required to delicately balance bike speed and in-game bodyweight in order to make it past jumps, obstacles and other hazards. With a second person, it’s all-out mayhem.

I paired up with a patient RedLynx developer who was clearly stressing out as he watched me play solo. In the twenty minutes or so I had with the game, it was evident I was rusty. Hell, I was just plain bad. As time dragged on, just like when riding a real-life bike, it started to come back to me. I stopped struggling with mid-tier tracks and managed to get through one that was designated hard. At that point, I was feeling pretty good about myself.

Then the developer and I jumped on that damn tandem bike.

I was trying really hard, you guys. I wanted to impress my handler; I wanted to show him I could hang with RedLynx and make it to the top of in-game leaderboards. My handler saw how committed I was and instantly started throwing his character’s bodyweight to the opposite end of our bike. Why so serious, he asked?

I went from focused to laughing my ass off in a matter of seconds, then deciding I’d try to flip the bike in just a position so that his character’s head would bounce off railings and jumps in retaliation. He took my attacks in stride, reaching over to my controller and pressing the eject button so my character went flying off the bike.

We eventually did finish the level, but we never came close to a leaderboard time. And I really, really didn’t mind. Our on-screen personas dabbed and patted their butts in celebration and I got some XP and new gear to trick out my rider. Everyone won.

Tandem mode will be hilarious fun for those who need a break from the challenge single-player Trials Rising will bring, but I know that talented folks will be able to blow through courses with ease. And I’ll be right there watching ’em, jaw on the floor, truly amazed at how they were able to do it.

Expect Trials Rising in February 2019 on Windows PC, Xbox One, PS4 and Switch. A closed beta is planned for later this year.