Star Trek: Bridge Crew is described by developer by Red Storm Entertainment as social VR. Designed for four players, it’s best when crew members work together to achieve a common goal. The enjoyment of it comes more from banter with your fellow Starfleet officers than fulfilling missions themselves.

In our latest hands-on opportunity with the game, we played through three of the game’s main missions, set in the Kelvin (or nuTrek) timeline, followed by a jaunt or two upon the Original Series’ U.S.S. Enterprise and its endless supply of procedurally-generated missions.

Bridge Crew will make you work to succeed; communication with your teammates is a must. The Engineer must power warp coils before the officer at the Helm can jump to warp; the Tactical officer will also need to work in tandem with the Helmsman for targeting and with the Engineer to ensure enough power is sent to the phasers to extend their range. The entire time, the Captain; without coordination and timing, all is lost. Your crew will need to work together to juggle shields, desperately trying to transport refugees from an exploding ship at the same time the U.S.S. Aegis is being pummelled by Klingon phaser fire. 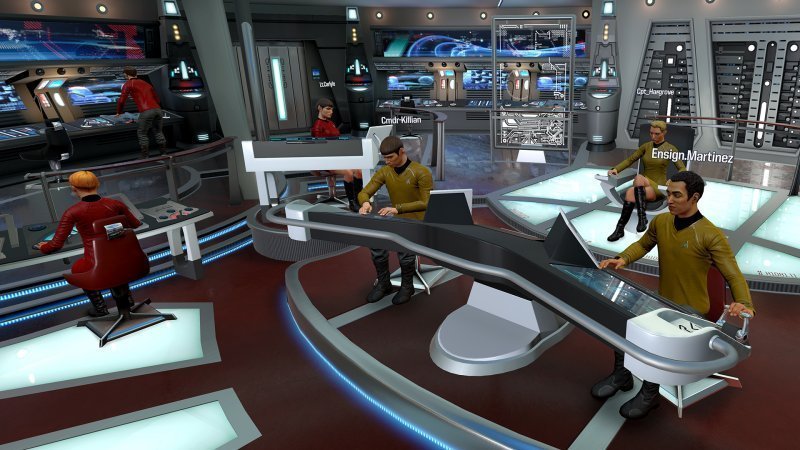 Each starship provides an incredibly different experience. The nuTrek U.S.S. Aegis is as top-of-the-line as you can get, with stylish touchscreens sporting easy-to-access interfaces for each of the bridge’s four stations. The bridge is bright, clean and stylishly sleek; with movie-realistic sound effects, the only thing that’s missing are an abundance of lens flare. Developed in tandem with CBS, so canon-yet-not, the Aegis is a ship designed for stealth. It doesn’t possess a cloaking device — there are laws preventing Starfleet from doing that, of course — but it can run with a very small power signature. Your Engineer is able to monitor that imprint, raising and lowering it to fit the mission at hand. While we elected to go in, phasers primed (Captain Picard would be so disappointed), you can complete missions without alerting hostile foes to your presence.

The Original Series’ Enterprise is another story altogether. The old girl is as analogue as it gets, with Bridge Crew warning players her missions are for experienced players only. Unlike the Aegis, stations aren’t labelled – unless you turn on helpful tooltips, that is. You’ll have to memorise your panel and recall commands at an instant; does this red button fire phasers, or the one above it? Or the red button off to the side? You’ll also need to be looking around the iconic bridge for additional sensor and power readings. While fulfilling missions on either bridge is rewarding, you get an extra little hit of pleasure on the Enterprise, doing it the hard way. 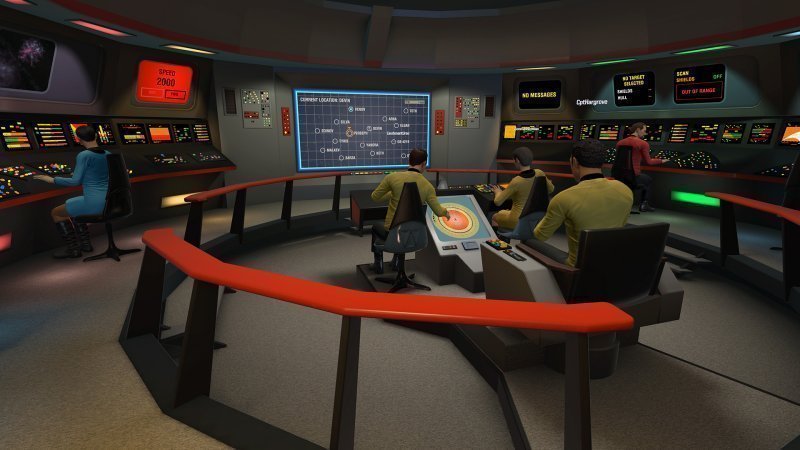 We went hands-on with the Helm, Tactical and Engineering stations, and while all are incredibly easy to learn and use, the latter is slightly less enjoyable to play. The action really happens at Tactical and Helm — manoeuvring, targeting ships, firing phasers, photons, going to warp and scanning the environment. Engineering is a little lacklustre, though fans of true simulations, or even number crunchers, will find satisfying work in allocating and rerouting power. A simple reroute can mean the difference between phaser range at 17km or 25km, which can easily impact the outcome of a mission. Engineers also repair ship’s systems after an attack, though shield power automatically regenerates and you can’t repair the ship’s hull at all.

Every little detail is in Bridge Crew, starting as you load the game and do a fly-by of the Aegis from a small support craft, right down to flavour dialogue shouted out by NPCs as your core crew goes about its business. The result is effortlessly Star Trek, something fans will delight in. Our favourite VR experiences, thus far, have been those that put you in the shoes of iconic characters — Batman: Arkham VR chief among those — and Bridge Crew is equally as effective. We can only hope that some sort of ship tour, a la Star Trek: Elite Force, will also be included in the game. Additionally, I’ll happily pay for DLC that takes me to the bridges of the NX-class Enterprise, Enterprise-A, Enterprise-D, Defiant and Voyager. 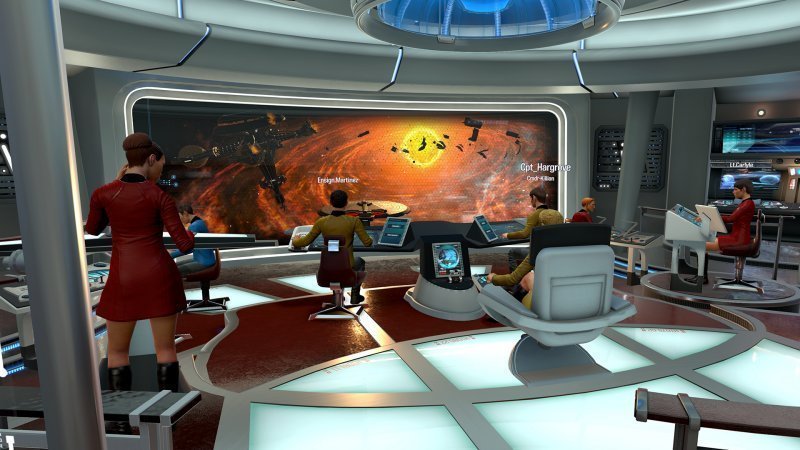 This hands-on opportunity used PlayStation VR, and thankfully, the dated PS Move controllers worked just as well as the polished Oculus Touch controllers we used at Gamescom 2016 for our first Bridge Crew preview. We also used a DualShock 4 controller, and while it was less intuitive — you basically divide your controller in half, using thumbsticks to control your hand positioning, and triggers to select a button — it easily did the trick.

It’s true that Star Trek: Bridge Crew has been delayed numerous times, but rest assured, it very easily looks like it’ll be worth the wait. It’s a Star Trek fans’ dream, heading to HTC Vive, Oculus Rift and PS4 with PlayStation VR next month.