Sonic has struggled to find a place in the world since video games began incorporating the third dimension. It wasn’t always that way — Sonic Adventure 2 was stellar, way back in the Dreamcast days , or as Sonic Adventure 2 Battle on the GameCube. Neither was perfect, but they were fast-paced and felt like a true Sonic game. I almost forgave the series for reintroducing Sonic as a rad, smart-mouthed prankster type with the inclusion of its voice acting. Almost.

A few years after that, Sonic hit his all time low in Sonic 2006 and hasn’t really made much of a positive impression since. This little stroll down memory lane makes it quite clear what Sonic Team needs to do next to make an impact in the 3D world. Make something new again and roll the dice, hoping to land on a quality title. A man can dream that Sonic Forces fills that role.

There are three main modes to play in Sonic Forces: Modern, Classic and Avatar. Modern Sonic is somewhat like the aforementioned Sonic Adventure-style gameplay. The camera follows behind Sonic and you have a homing attack for taking down enemies. 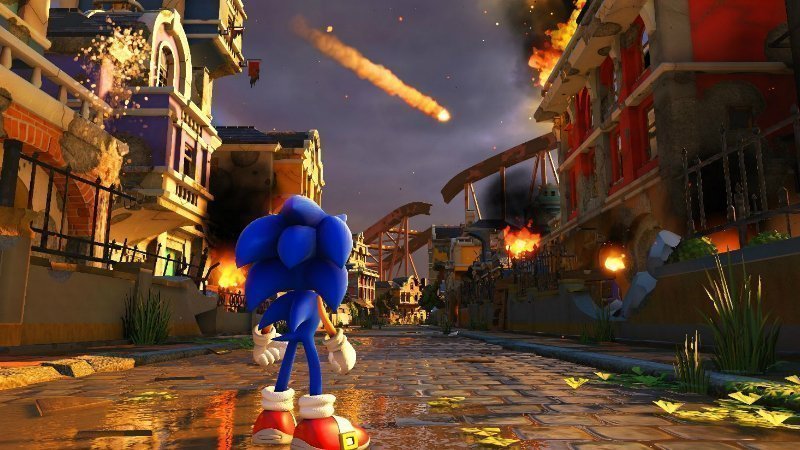 As you would expect, Classic Sonic stages resemble a 2D side-scroller, complete with loops and big bosses. Classic mode is fun but it feels like a lazy implementation of something to appease the masses. The physics are identical to the Modern mode so it doesn’t feel like a true 2D Sonic. With Sonic Mania — a proper 2D Sonic game — around the corner the Classic stages make even less sense. It feels like Sega is trying to double-down on the nostalgia but with minimum effort.

That leaves us with the Avatar mode. This is kind of a mix of both the previous game types but with the all important twist of having a customisable character. There are seven different animal types to choose from, each with their own intrinsic ability. I played as a wolf who has the power to bring rings towards it when within a certain range like the magnetic power up from past games. Custom characters also have access to gadgets or weapons such as a flamethrower and an electric whip. This has a pretty major impact on how the game is played. Using weapons rather than spinning through enemies or using a homing attack on them slows down gameplay. That would be fine but this is a Sonic game — you want it to be fast.

Avatar mode is the closest to something new in Forces, but much like the rest of the game, it feels like it needs a lot more polish. It seems like a late edition to the game purely to have a point of difference from past titles. It could turn out to be the best thing about Forces but for now, it feels like it needs some work to make it feel like a real fit. 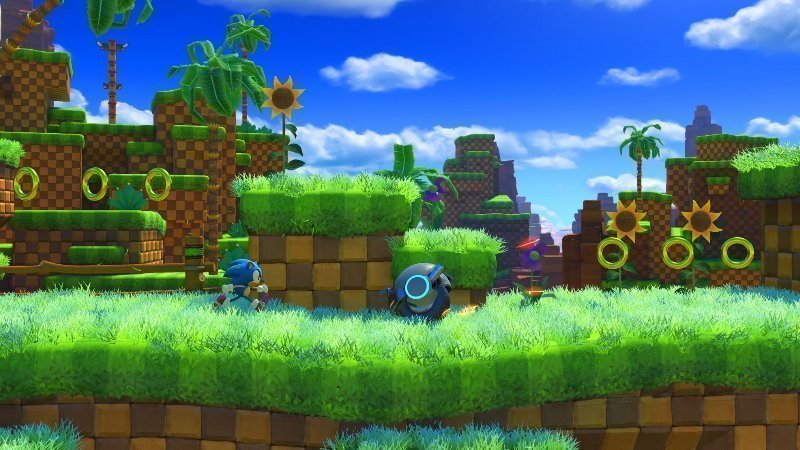 The major difference in Forces — across all game modes — is the way that rings function as health has changed. For those unfamiliar with Sonic games, the previous system meant that any time you get hit by an enemy you would drop any rings you had gathered and but were given a chance to grab some of them. If you get hit without holding rings you would die. In Forces, you still need to hold rings to in order to take a hit but you no longer have the chance to regain the rings you drop. This change to the health system is apparently because you now have infinite lives; being able to grab discarded rings felt too unbalanced when coupled with the new more casual friendly life system.

I don’t like this change at all. It’s only a minor thing but I don’t really see the point in changing a system that has been in place since the early 90s. I understand the franchise needs a bit of a shake up but the old system was present in both the good Sonic games and the not so good ones. It kind of what sets Sonic apart from every other platformers.

Sonic Forces isn’t slated for release until the holiday season 2017 on Windows PC, Xbox One, PS4 and Switch, so there is still time (and room) for improvement. I wasn’t expecting much from a new 3D Sonic game and I can’t say I’m suprised to be so underwhelmed.