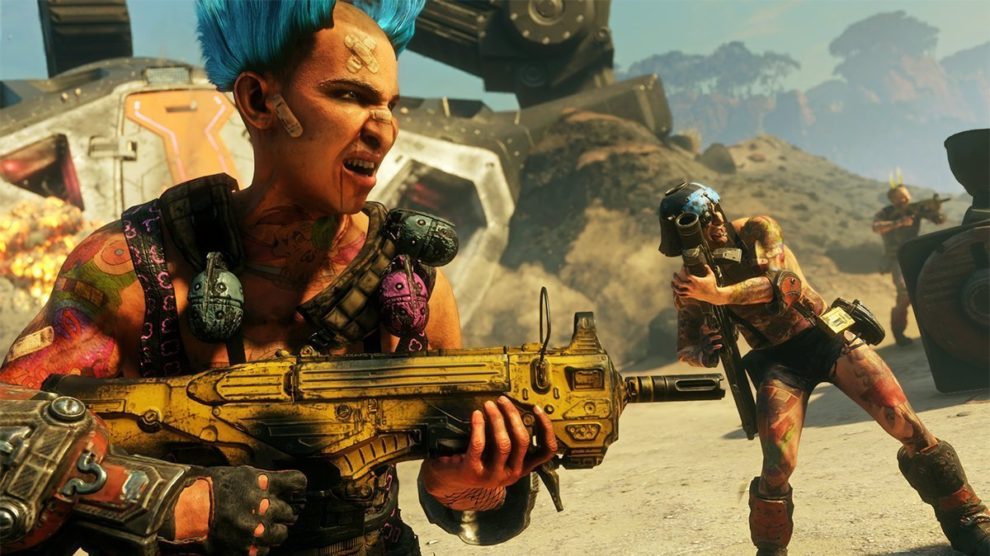 I’ve had the opportunity to play Rage 2 a few times over the past 8 months at various events. It was always the same demo which featured a contained story mission from within the game. It started off in an open area and then the objective markers led you into the Eden Space Center, a building where you were then funnelled through some corridors to eventually complete the mission. Considering this is Avalanche Studios‘ first attempt at an action first-person shooter, the combat and shooting surprising felt really good. Avalanche seems to have managed what it was trying to accomplish, which was to go for the push-forward combat that id Software has been known for over the years.

However Avalanche Studios’ most recent titles like the Just Cause series and Mad Max focused heavily on open-world gameplay, and that’s something that we were yet to experience in Rage 2 – up until now. I recently had the chance to play a few hours of the game and for the first time we were allowed to briefly roam around the world and see what players might expect to find. While, again, I had a lot of fun completing the main story mission we were on, from what I’ve seen of the open-world so far it doesn’t seem to be taking the general formula in any new directions; instead it’s playing it quite safe. 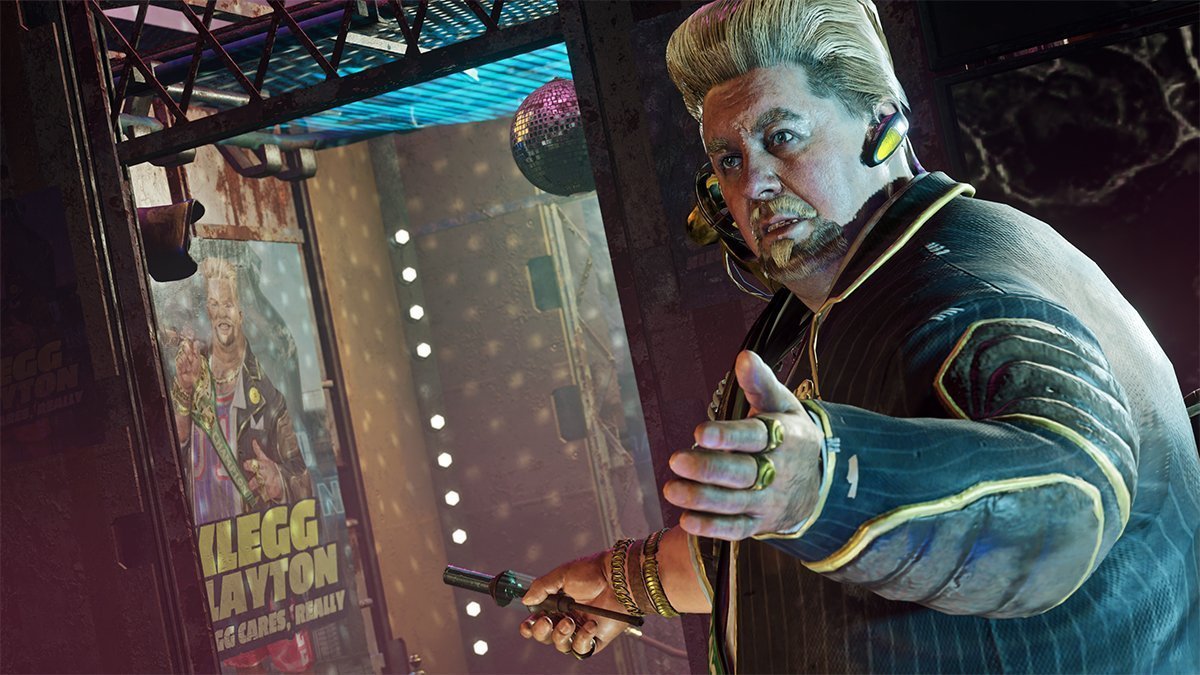 Rage 2 has a lot of style going for it. Characters have interesting body shapes and exaggerated features, while the world has shifted from its boring brown aesthetic that we saw in the original game and has instead painted the environments in these bright florescent colours. At one point during the demo the main character, Walker, finds him or herself participating in this arena brawl called Mutant Bash TV. There are people prancing around with enormous face masks on, with this creepy carnival vibe that drapes the rooms. Rage 2 is pushing its predecessors bland art style away and in doing so is creating a more fascinating world.

Hopefully that will mean you’ll want to see more of the world Avalanche has created, and to do that Walker will be able to travel around in vehicles across the many biomes. But also, car combat is something that will be continuing from the last game. And with Avalanche Studios’ experience with Mad Max, the studio will be bringing its expertise over and trying to ramp it up a little… but things don’t seem to be quite there yet. The vehicles I had a chance to drive felt quite floaty and were sliding all over the dirt roads. The physics of the car appeared a bit off as it bounced around and into walls, or even at one point rolled off a cliff as I tried to turn a corner. 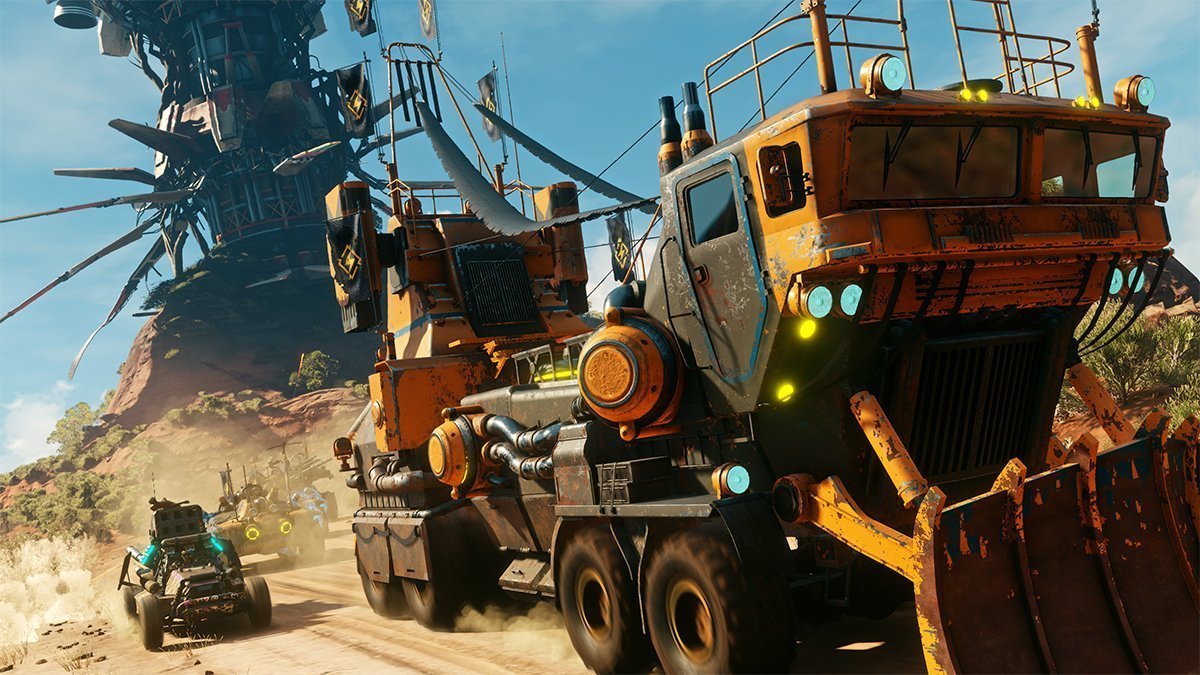 The world itself looks huge; there are missions you’ll come across while exploring that vary in difficulty so it’ll be best to level up Walker before attempting to take on some of these tasks. I ended up clearing out a petrol station that had been converted into a bandit den, attacked a vehicle convey which turned out to be a big mistake, and then searched some mountains to find out what happened to a mission ranger. While the open world content I had the chance to experience was fairly standard for what we usually see, I’ve got my fingers crossed that Avalanche Studios is holding back some unique missions.

Rage 2 is still a game I’m excited to play more of. While I’ve not seen anything ground-breaking from the open world gameplay, the combat is still fast paced and fun. With the release date currently set for May, Avalanche Studios has plenty of time to tidy up some of the aspects of the game that are a little bit clunky right now. If they can do that, Rage 2 might be able to breathe new life into what could be an exciting series.