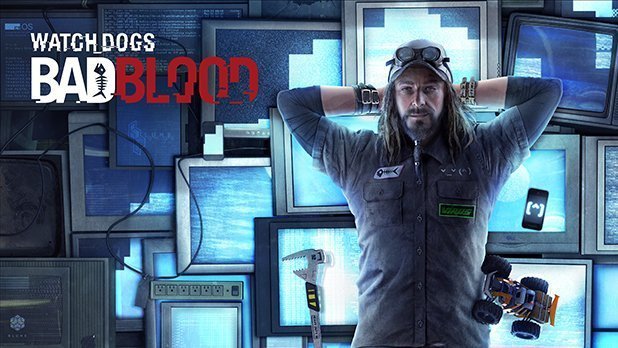 Watch Dogs’ “Bad Blood” is the first story-based DLC for the hack ’em up and boy is it ever a breath of fresh air. Where Aiden Pearce’s story was a brooding, tragic and even misanthropic affair, playing as Raymond ‘T-Bone’ Kenney injects Watch Dogs with some much needed levity.

Pearce was without humour or charisma which made him a roadblock to players investing in Watch Dogs and its narrative. T-Bone is the opposite. From the minute “Bad Blood” kicks off, the experience — while essentially unchanged — feels different. It’s lighter and a lot more fun. Tone, it seems, can make all the difference.

Taking place after the conclusion of Watch Dogs narrative, “Bad Blood” sees T-Bone preparing to flee Chicago to avoid the fallout of Aiden’s deeds. Before he can go he’s contacted by another ex-Blume employee, Tobias Frewer. Frewer is in desperate need of T-Bone’s help and by saving his life, T-Bone uncovers a new plot which needs his attention before he can disappear. 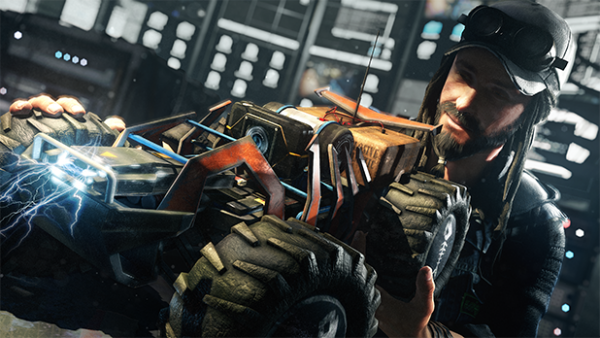 Using all the same tricks and mechanics from Watch Dogs proper, “Bad Blood” is instantly recognisable to those who’ve played the main game. T-Bone just makes it so much more compelling. From his southern-esque drawl to the dreadlocks flopping out from under his trucker cap and the massive wrench he uses to take out enemies, he’s instantly more fun and relatable. He’s not on a quest for revenge nor is he trying to right society’s ills. He’s trying to save his own skin (something we can all relate to), but still has the moral fortitude to — begrudgingly — help an old friend.

It’s true that the core-gameplay of Watch Dogs remains unchanged in “Bad Blood”, but T-Bone’s companion Eugene adds another layer of frivolity and challenge to the gameplay. Eugene isn’t a person though, it’s a remote controlled car. That’s right, T-Bone named his RC. Can’t see Aiden ever doing that.

Eugene comes in handy in an early mission in “Bad Blood’s” campaign. T-Bone, upon entering a hacker collective’s hideout, comes face to face with dozens of laser grids. Originally set-up by Frewer, the lasers will trigger an alarm and bring dozens of bad guys down on T-Bone, and cause him to fail the mission. Eugene is able to enter nearby ventilation ducts to make his/its way past the lasers and guards and hack a new path for T-Bone. Eugene is also equipped with a taser for sneakily taking down guards. Always satisfying. I was reminded of that old McDonald’s ad in which a boy sends his RC car to the drivethrough for a much needed Maccas fix. There’s no way Aiden could have sent me on such a random nostalgic trip. Thanks T-Bone. 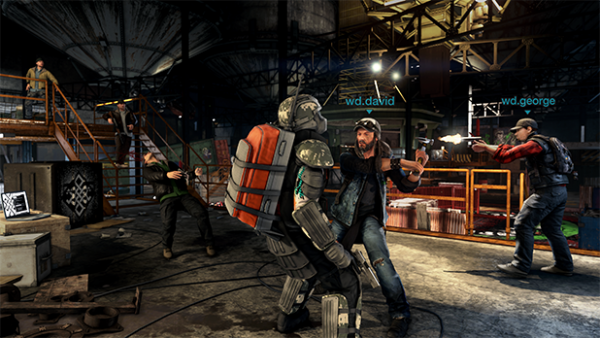 “Bad Blood” comes packed with 10 new story missions as well as new co-op mode Street Sweep. I was unfortunately unable to get any hands on time with any co-op Street Sweep missions, but Ubisoft describes them as an opportunity for T-Bone to increase his skills and notoriety while taking out Chicago’s suite of gangs. I played through one Street Sweep mission solo, having been directed by Detective Sheila Billings, to an abandoned factory swarming with bad guys. Much like when Pearce is required to infiltrate a secured location, T-Bone must complete strict objectives in order to clear the Street Sweep.

I was required to knock-out two gang members, while being free to take care of the rest however I saw fit. It was surprisingly challenging and even using all of my hacking skills I failed several times. The Street Sweeps are an excellent example of Watch Dogs combination of stealth, hacking and cover shooting. It also gives the player choice in how to complete them. Do you go in guns blazing? Or hack everything in sight? Playing with a partner will only open up more options and is sure to be an interesting addition.

“Bad Blood” is still Watch Dogs, but it’s a much lighter, more fun experience. T-Bone is infinitely more likable than Aiden Pearce and that really helps get the player invested in his story. The addition of Eugene opens up some interesting gameplay and puzzle opportunities. Street Sweep missions bring co-op into the mix which seems to suit the gameplay of Watch Dogs quite well. If you enjoyed Watch Dogs, you’ll definitely have a lot of fun with “Bad Blood.” If Aiden Pearce turned you off, perhaps T-Bone will draw you back in. He did for me.

Stevivor.com was flown to Sydney recently by Ubisoft to spend hands-on time with “Bad Blood.” Thoughts and feelings on the game are the writer’s own. 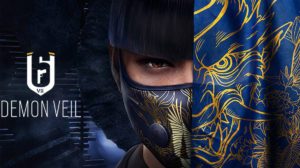