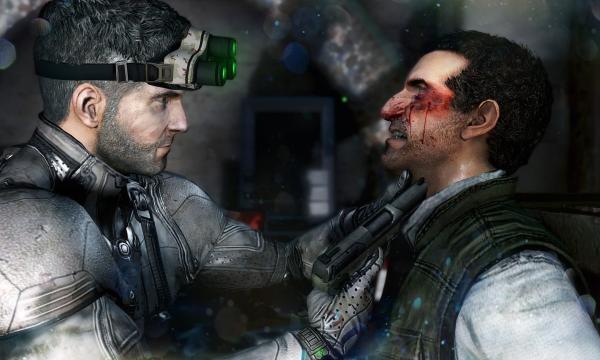 I had the opportunity to head to Ubisoft’s preview area and experience a hands-off extended demo of Splinter Cell: Blacklist, based on the one viewed at the Xbox Media Briefing.

Sitting with developers, they primarily wanted to stress that we’re being delivered another Splinter Cell game that you can play however you’d like — there are opportunities to go stealth through the entire experience, or, if you’re more of a shooter, run around guns blazing.

An emphasis has been put on fluid motion, with Sam marking and executing without a washed out, black and white screen. He flies over the bonnets of cars, performing headshots and generally looking like a badass. Just when you think it can’t get any more brutal, Sam begins an interrogation sequence on a man, exercising his fifth amendment freedoms (with so much at stake this time around, Sam has carte blanche to do whatever his mission requires). I honestly squirmed when I saw Sam twisting a knife in someone’s torso in an attempt to get information. 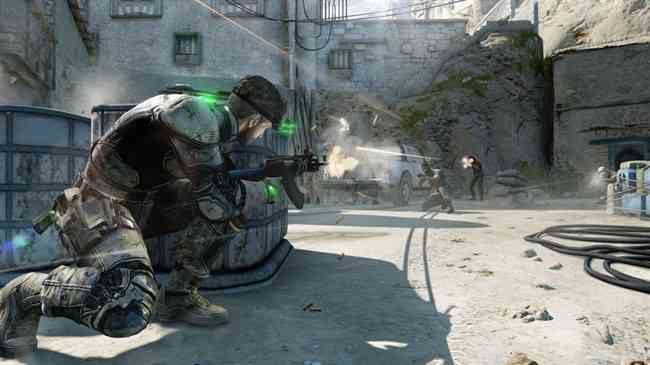 Sam’s been equipped with a new curved blade, which can be used much like the hookblade in the Assassin’s Creed series. He’s also got a nifty tactical crossbow (by the way, doesn’t everyone in this new batch of games? I mean, Tomb Raider, Crysis 3…but I digress…) that has a variety of different bolts; I watched as Sam equipped an electric one and fired it into a pool of water that also happened to have three enemies standing within it. They didn’t last long after that.

In addition to the standard Splinter Cell quality we’re used to, we’re also receiving the “Spy versus Merc” mode plus a full economy system that works in single- or multiplayer modes. You can spend the credits you earn on your character in whichever way you’d like, either boosting your single-player experience, or gaining the edge in the versus mode. In addition to upgrading your own character’s suit and weapons, you’ll be able to boost the Third Echelon plane-base itself, gaining a tactical edge.