After sustaining a very healthy life on the PC through various updates and add-ons, PayDay 2 is making its way to the Xbox One and PS4 this week. Titled PayDay 2: Crimewave Edition, this enormous bundle will feature dozens of additional content that has come out since the original game including new heists and weapon packs for players to enjoy. I had the chance to play a few missions on the Xbox One version of the game and ended up having an absolute blast.

For those unfamiliar with PayDay 2, it is a co-operative first person shooter with up to 4 players that basically sees you play as a gang of criminals tasked with completing a variety of contracts. Each mission will require the groups combined effort to pull off the heist, with every member being able to take on a different class in order to suit the heists needs. Every class has their own skill tree that splits them apart including the Mastermind, Enforcer, Technician, Fugitive and Ghost. 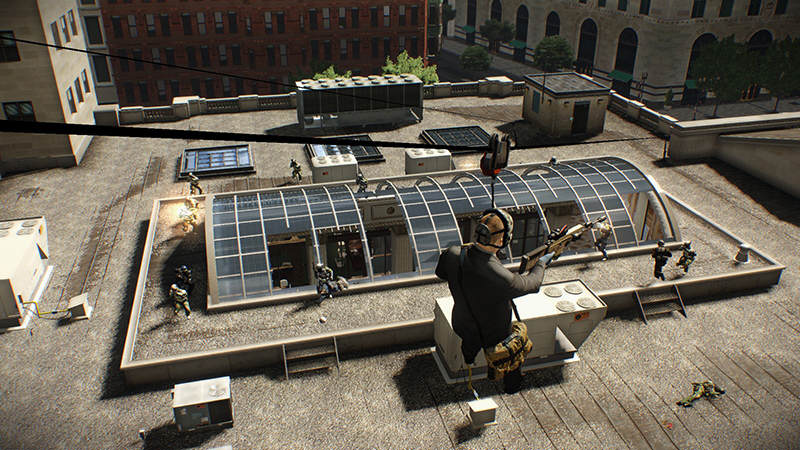 As you progress through each mission you’ll be able to spend points in upgrading your abilities but also purchase new weapons and gadgets to take along with you for the contract. The thing is you’ll not always need your weapons so being low key can sometimes be very important. PayDay 2 allows the crew to enter some scenarios with stealth as a plan of attack, and generally the longer you are able to keep things under control and quiet the easier things can be for you and the crew. The moment you decide to go loud you’ll encounter an onslaught of police resistance, and will have to work through your task with them in your way.

One of my favourite things about PayDay 2 is the dynamic nature of its heists. Every time you go into a new one you don’t know exactly know what you’ll be up against because the maps can change. Guards may not be in the same patrol routes, security cameras are in different locations, some doors might be opened or closed, or a safe you are trying to break into has moved. Some of the heists can also span over a number of days which lead into different map environments. The mission might require you to get a bunch of intel first before you jump into deep end of grabbing all that cash, or maybe you’ve already got everything but the next day involves your team escaping from the police. The variety of missions and dynamic nature of them allows you to keep having fun without things being the same every time you play.

In my crew of three other writers, we jumped into The Big Bank heist which takes place over the period of just one day. We decided to go in and try and stealth, but that lasted a whole 30 seconds because one of the AI controlled bank staff noticed we were up to no good. From there it was chaos as police began to storm in and we ran around performing all the tasks we needed to do. We started by logging onto the computers to find the server room, then in the server room we had to initiate the time lock on the front security gate that leads into the vault. 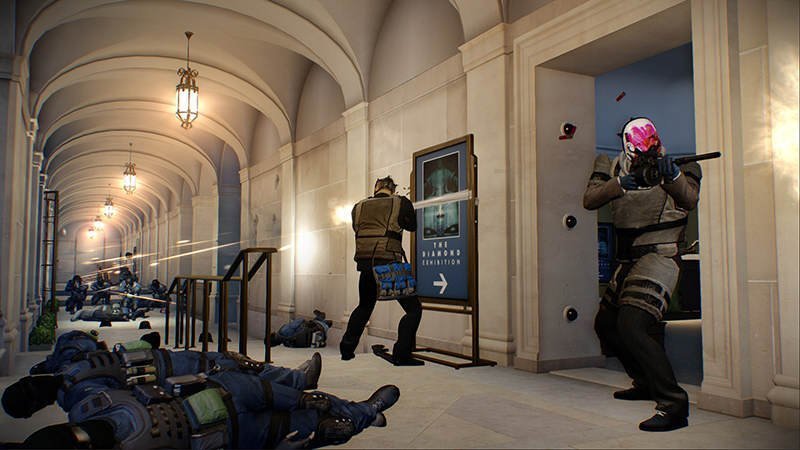 Once that was finished we had to move a crane into place above the bank and drop a giant pink pig down the glass ceiling of the bank which contained all the drill gear. Next up was dragging all the drill equipment across to the vault, setting it up, and then waiting until we finally broke in. Once inside we had packed all the valuables into bags, made our escape back out the front, and drove off into the sunset. All up this took us 40 minutes to complete, quite a while but it was so much fun working through every challenge. Obviously with a team that has put more time into the game and better pre-planning you’re able to cut down how long each mission will take. But jumping into a mission where no one really knew what we were in for was such a great ride.

PayDay 2 has been one of my favourite co-op games to play over the last few years, and the constant updates from the developers injects new life into the game which is why it’s been so successful on the PC. With the opportunity to bring in new fans on the Xbox One and PS4, PayDay 2: Crimewave Edition won’t disappoint those looking to take up a life of crime inside of a video game with a few of their friends.