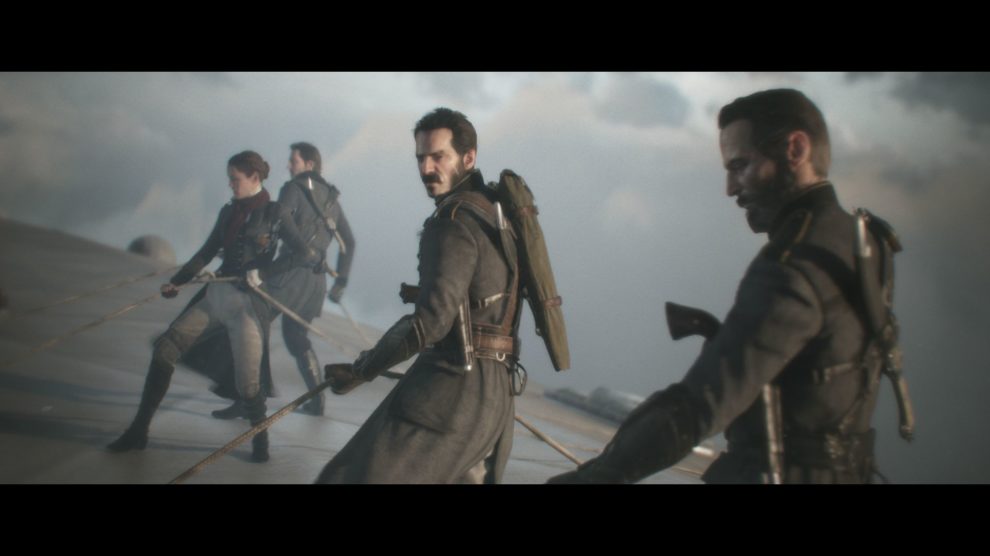 I can pinpoint the exact moment my anticipation for The Order: 1886 went from “meh” to “damn it I need this game in my life right now.” It was the second I reached the end of the latest preview I’d had the privilege of playing. It was abrupt and unexpected and it made me audibly go “awwww.” I wanted more and I wanted it then and there. So, you know what I did? I played that same 30 minutes again. And again… and again. Now, against my previous judgement, The Order: 1886 has jumped to the top of my must-have list.

You know the drill by know. The Order was announced at E3 2013 as a PS4 exclusive, developed by Read at Dawn (comprised of former Naughty Dog staff) and Sony Santa Monica (God of War). It’s reportedly inspired by Uncharted 2: Among Thieves and is set in an alternate Victorian-era London. Everything on that checklist points to greatness, however the first few times I played The Order I was viciously underwhelmed. It was a sluggish, plodding, yawn-inducing shooter. Sure it was insanely pretty, wonderfully cinematic and featured more moustaches than the crowd at a Village People comeback tour, but it was as soulless as the hellspawn it featured. 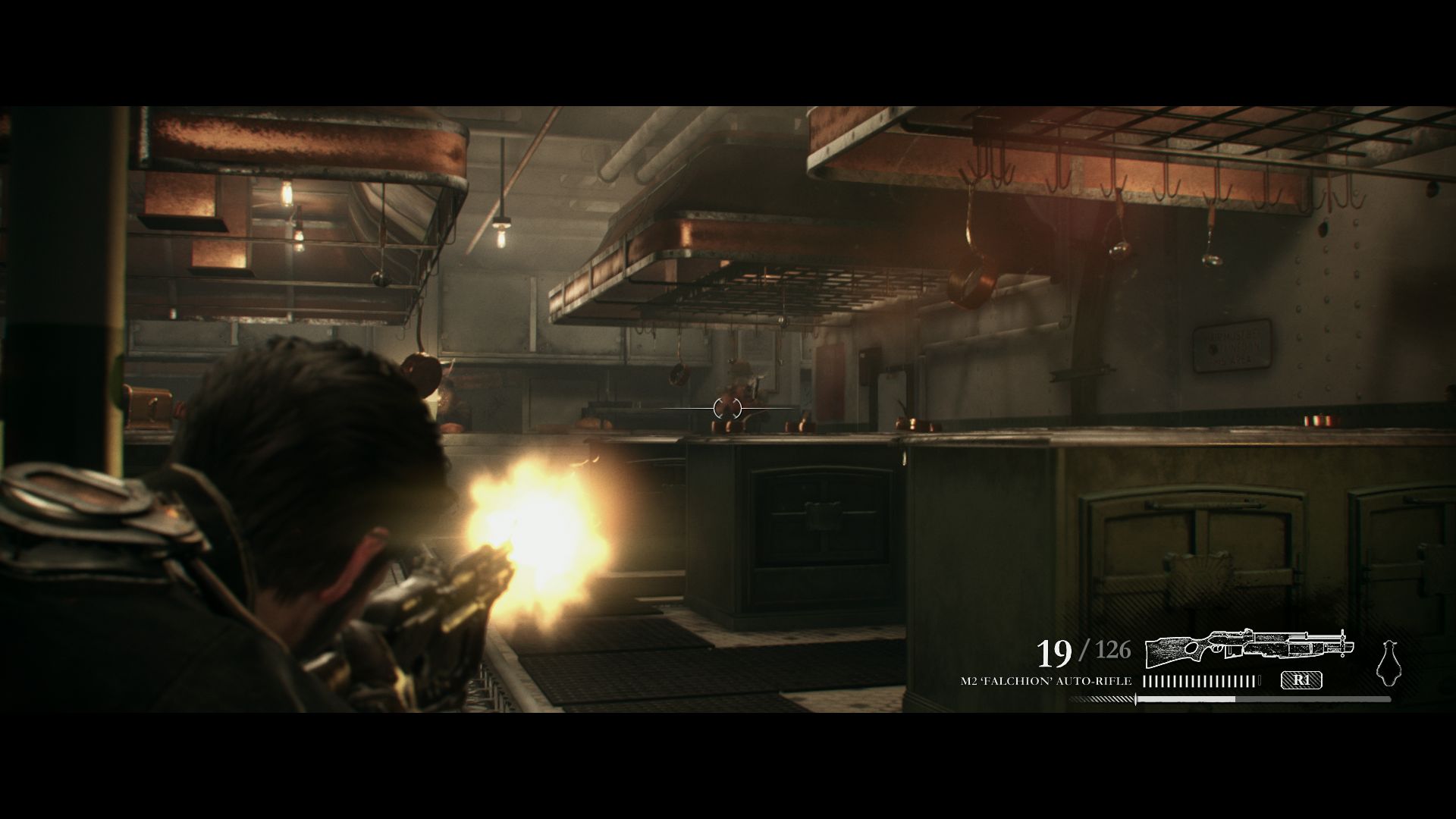 I hadn’t given up hope on it, but all signs were pointing to a very lacklustre release. Something to fill the gap while we waited for Bloodborne and Uncharted 4, but nothing to get people really excited. But now, I’ve done a 180. To clarify, I still don’t think The Order is going to top any Game of the Year lists in 2015, but I do think that it’s going to be a solid and enjoyable title that will find a fan base. Aside from the setting, there isn’t an original bone in its body, but just because a game doesn’t innovate, doesn’t mean it can’t be a lot of fun.

This new preview was set on board a zeppelin as the four knights of The Order were attempting to quash an attempt by the serf rebellion to assassinate one of the paragons of upper class society. I found myself standing on the outside of the zeppelin and having to rappel down. The view of London was breathtaking and by virtue the fact that there is almost no HUD to speak of, the intended cinematic effect is really something to behold. The power of PS4 is at the forefront of The Order and as more games are developed for current-gen only we’ll gradually start to see just how garbage cross-gen games look, not to mention play. Even if The Order isn’t an amazing game it demonstrates just what can be achieved with the power of current-gen. Something I sorely wish other devs and publishers would embrace.

Moving into the interior of the zeppelin the four knights split up in search of the control room and the VIP. Here I got my first taste of stealth. Much like Uncharted, the characters auto-crouch and take cover as they sneak around the environment. Stealth takedowns are the order (or The Order) of the day requiring a button press followed by another as a reticule hits its target. Think the quicktime events in the Tomb Raider reboot and you’ll get the idea. So far so similar, but a good time none the less. 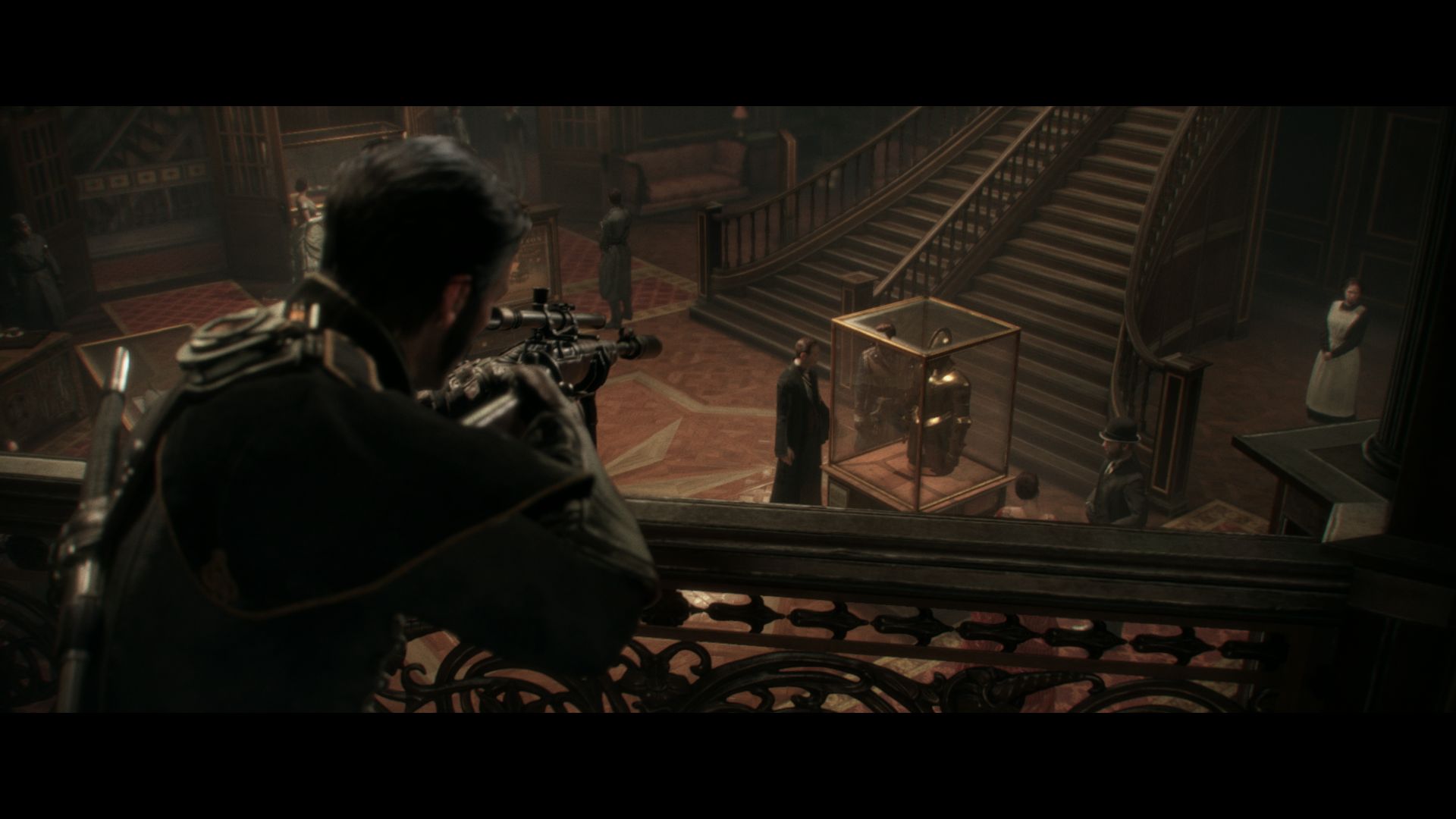 Eventually, my character and the man’s face he’s attached to make their way to a gorgeously crafted ballroom at the far end of the zeppelin. Scanning the guards in the crowd it becomes clear – due to incorrect uniforms – that an ambush is about to take place. At this point The Order launches into standard, yet still thrilling, third person cover shooter territory. Killing enough baddies in a row fills up the bullet time meter and unleashing it at the right moment makes it a breeze to clear a room full of dirty, impoverished peasants and teach them about their rightful place. Under the boots of the upper class.

After fighting through corridors, kitchens and the local moustache emporium (or not!) an explosion cut me off from the other knights and the preview reached its conclusion. And I wanted more damn it. It’s not that anything in the preceding 30 minutes had knocked my socks off. Honestly, The Order: 1886 is by all accounts a fairly standard third person cover shooter. But it has this je ne sais quoi about it that made me want more. That can only be looked at as a good thing. Moreover, it’s a game about an ancient order of knights trying to prevent the destruction of the human race by half-human, half-beasts, in an alternate Victorian London complete with badass weapons and even badasser facial hair.

Gameplay in The Order is as safe as it gets, but the setting, characters and premise deserve our attention at the very least. It definitely has mine and will do so when it launches exclusively for PS4 on 20 February.

The Order: 1886 was previewed using a promotional code on PlayStation 4, as provided by Sony.