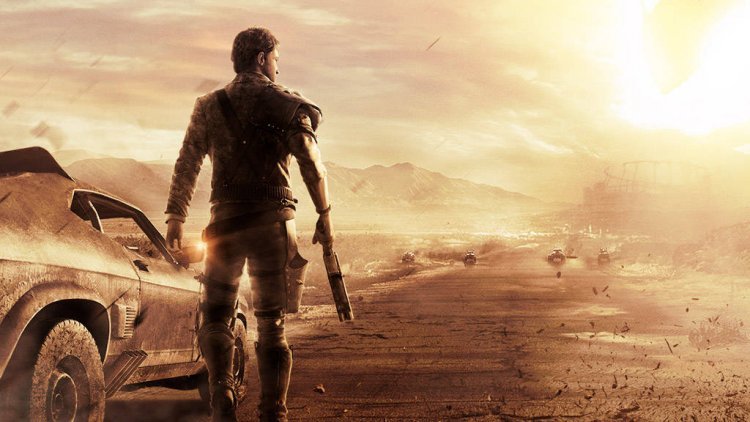 It’s simultaneously thrilling, yet still feels somewhat out of place when hearing the broad twang of an Australian accent against wall to wall Americans.

Whether it’s in film, television or even video games — Final Fantasy XIII and Mass Effect 2, 3 spring to mind — Australian voice actors are generally relegated to secondary characters and their accents softened. Not so in Mad Max, the upcoming open world title from Avalanche Studios. Thanks to a successful petition organised by AusGamers, the voice of Max, previously a generic American, has been replaced with authentic ‘Strayan.

The demo opens on a sweeping shot of the Great White, a dried up sea bed that Senior Game Designer Emil Kraftling says is just one area of many. “The world is divided into several regions,” he explains. “There are other regions that are very different in nature, very different in their visuals and what you do there, what gameplay is available there. We’re not showing off those areas yet, but there’s certainly more to them than meets the eye.”

Max’s rumbling voice rings out, “When they took my life from me, I built a new one. When they took my car, I built a better one. If I need a part, I get it.” There’s no getting away from how Australian he sounds and it is gorgeous. A hearty laugh and clap rings throughout the room of journalists, upon hearing Max’s new accent. Kraftling smiles in acknowledgement and continues the demo. He explains that Max is on a mission to steal a rare 12-cylinder car from a nearby bandit encampment. The vehicle is a much needed source of scrap, which Max needs to upgrade his new vehicle, the Magnum Opus.

Unfortunately for Max, his beloved Interceptor is lost at the beginning of the game. Teaming up with a mechanical savant — known as a Blackfinger in the Wasteland — named Chumbucket, he’s created the Magnum Opus which will remain with him for the game’s duration. Kraftling heads in the direction of the camp and the much needed 12-cylinder while describing life in the Wasteland. “[It’s] a place where resources are really scarce,” he says. “It’s unforgiving and you have to fight for every piece of scrap. Metal scraps help you build your car. Fuel is a resource, food is a resource, and water is a resource. It will affect gameplay if you’re out of food, out of fuel, out of water. A lot of the gameplay will be built around gathering these resources, and fighting for them.”

Upon arrival at the bandit camp, the fighting for resources is on full display. Starting his assault stealthily, Max takes out several lookouts from the back of the Magnum Opus using a massive sniper rifle. As he draws nearer to the compound however, stealth is abandoned as he uses a harpoon to pull down a watch tower with the power of his vehicle.

With his presence known, Max saunters into the camp and proceeds to take down the bandits with surgical brutality. Hand to hand combat is of the down and dirty, pub brawl variety, with Max throwing headbutts and punches with ferocity and power. He’s not averse to snapping a few necks or using his shotgun to finish off his opponents either. With every hit, blood splatters across the white sand and the camera reels and swings around the action. It’s bloody, it’s brutal and it’s beautiful. The power of next-gen is totally on display here. After successively retrieving the 12-cylinder, Max returns to his base, to break it down for scrap and upgrade his Magnum Opus. Something the game puts heavy emphasis on.

Mad Max looks to be coming together as one of the first truly next-gen games. Graphically and mechanically, it looks set to finally be something we couldn’t see on current hardware (I suspect the current-gen ports will be highly stripped back). What has been revealed thus far is tonally pitch-perfect. Now with an Australian voice for Max, it sounds and feels even better. Will we see Max back in his beloved Interceptor? Kraftling teases with a maybe. He can’t reveal much of anything outside what’s being shown but assures us that there are many more surprises to be revealed.  We’ll just have to wait until sometime next year to see what they are.