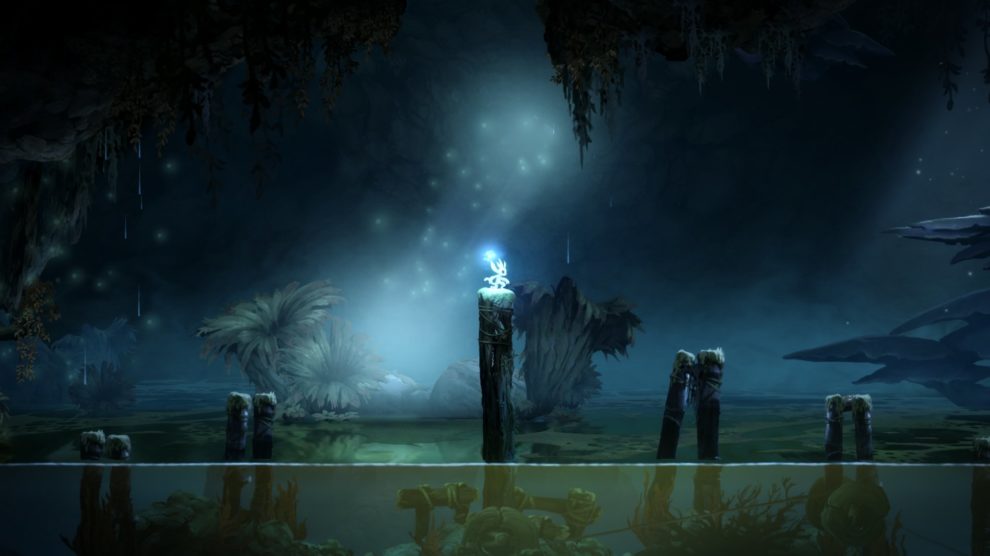 Playing Ori and the Blind Forest, it’s hard not to draw parallels to Ubisoft’s Child of Light.

The environments on offer in the hands-on we went through look like Child of Light. Your protagonist has an orb of light as a partner… just like Child of Light. From the trailer we saw at Xbox’s E3 Media Briefing, it’s also save to say that Ori is quite a depressing game. Just like – you guessed it – Ubisoft’s latest UbiArt offering.

That doesn’t mean the game is bad. It’s just… very, very samey. And, unfortunately, that fact gets a bit distracting.

Because Ori looks like CoL, it’s easy to instantly class it as gorgeous. A 2D platformer, the only real difference between the games, almost right til the end of the demo, is in their combat. In Ori, you can take down enemies in real-time as you traverse through a level. There’s no delay; you’re not ripped from the game and placed in an RPG-style fistfight. 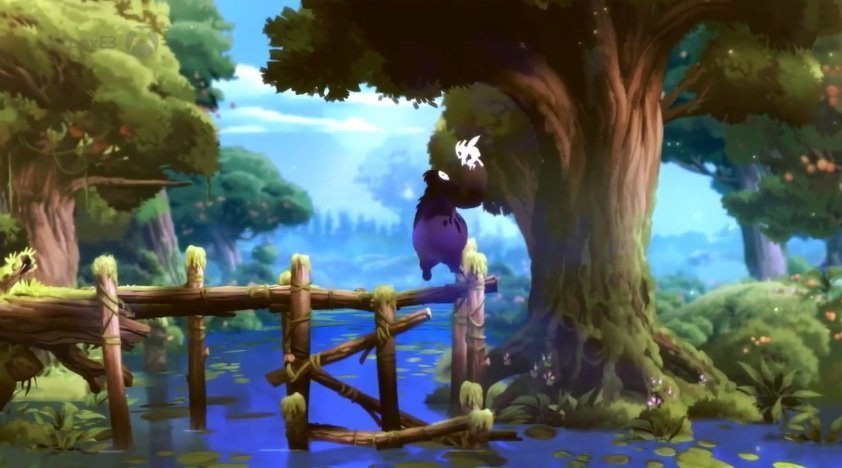 As you take on enemies, their health is displayed above their heads. Your orb friend launches light attacks with devastating force. Enemy vanquished, you then repeat the process as you continue exploring. In terms of pacing, the combat system gives Ori a bit of an advantage over Ubisoft’s title.

Near the end of the E3 demo we played, differences between the two games are more apparent. Ori presents an almost Mario-like platforming sequence, where the stakes are high and death is imminent. With future levels of the game taking place in areas with lava and ice, Ori may differentiate itself from Ubisoft’s game even more.

Moon’s Thomas Marler said the game has been worked on in secret for four years, and that its biggest inspirations are titles like Super Metroid, Super Meat Boy and Disney films like The Lion King. He said that Child of Light wasn’t an inspiration at all, which makes sense because the games seem to be developed in tandem. That said, neither Moon nor Microsoft wanted to say that Child of Light‘s recent release would impact the game in any way. Marler affirmed that gamers need only play the title to understand how it’s different, citing Ori‘s attention to detail and pixel-perfect controls as its draw cards. 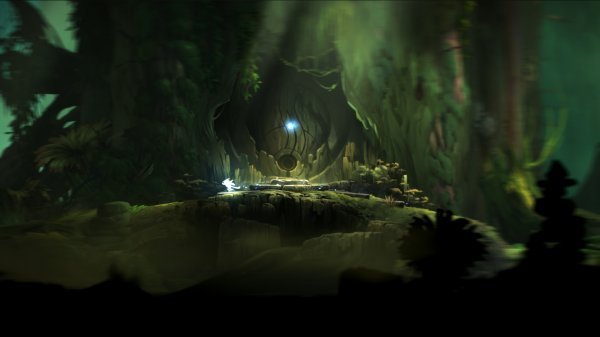 Moon Studios is behind the title on Xbox 360, Xbox One and Windows PC, and despite what Marler said, their biggest challenge will be using the months ahead to really show the gaming world what makes Ori a unique title. With a release coming this year, a demo hopefully will be released sooner than later to really drive the game and its differences home.

Marler, a former member of the Blizzard cinematic team, also said that the game’s tech would interest quite a few gamers; not a single asset has been used twice in the game, he said. Using the Unity engine, the game also continually streams areas, so you’ll never see a loading screen.

We’ll continue following the progress of Ori and the Blind Forest and will report back in the process.