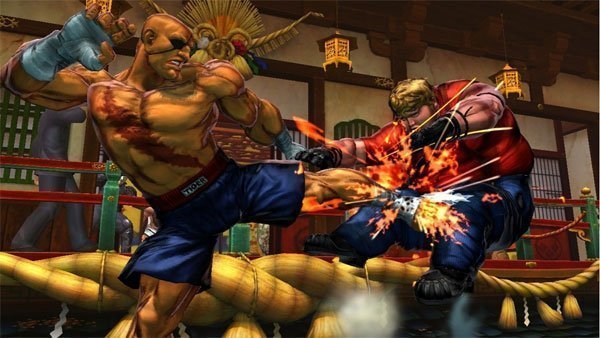 It may not come across as a surprise, but Capcom has been hard at work at their latest crossover title, Street Fighter X Tekken. We got the opportunity to go hands on with the latest build at a recent showcase event where Capcom showed off some of their upcoming titles for the first quarter of 2012.

It’s no secret that there has always been a fierce rivalry between Capcom and Namco and it’s no wonder why. Both development studios have — and still do — release AAA quality fighters; both of which have incredibly devoted fans.

The latest build we went hands-on with featured an incredibly large and diverse cast of characters from the Street Fighter and Tekken universes with the most famous characters being available to clash fists with. At total count we had 35 characters to choose from, but we were informed there’s still some more to join the clash. 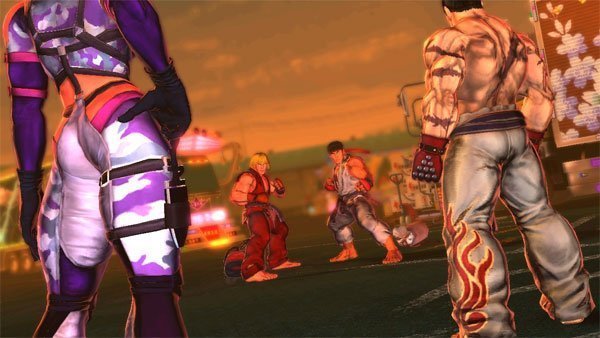 Perhaps the most refreshing thing I found with the title is that Capcom has done away with the 3v3 that you find in the recent Marvel vs. Capcom 3. Rather character matches are 2v2. It results in a much more strategic game as it follows Tekken Tag Tournament-style rules where a knockout of one character results in a match end.

I did notice that movement was particularly slower than what veterans of the Street Fighter IV series are used to. Standard left-right movements feel slow, making movement more strategic; dashes and move sets are going to be your main method of getting closer to your opponent.

There are a number of new gameplay elements unique to the title, which will no doubt test even the most seasoned Street Fighter player. Gems are a perhaps the most accessible addition. At their core, Gems can be equipped to you each of your characters to increase specific stats. They do require activation during matches however for them to take effect and as you may suspect each gem activates under different conditions. Other additions are based upon your cross gauge and different abilities can be performed at different levels of charge.

Street Fighter X Tekken is looking to be an amazing release for Capcom for both casual fans of the Street Fighter and Tekken franchises, as well as the pro community. Keep an eye out for it at your local retailers on 9 March 2012 for Xbox 360 and PS3.