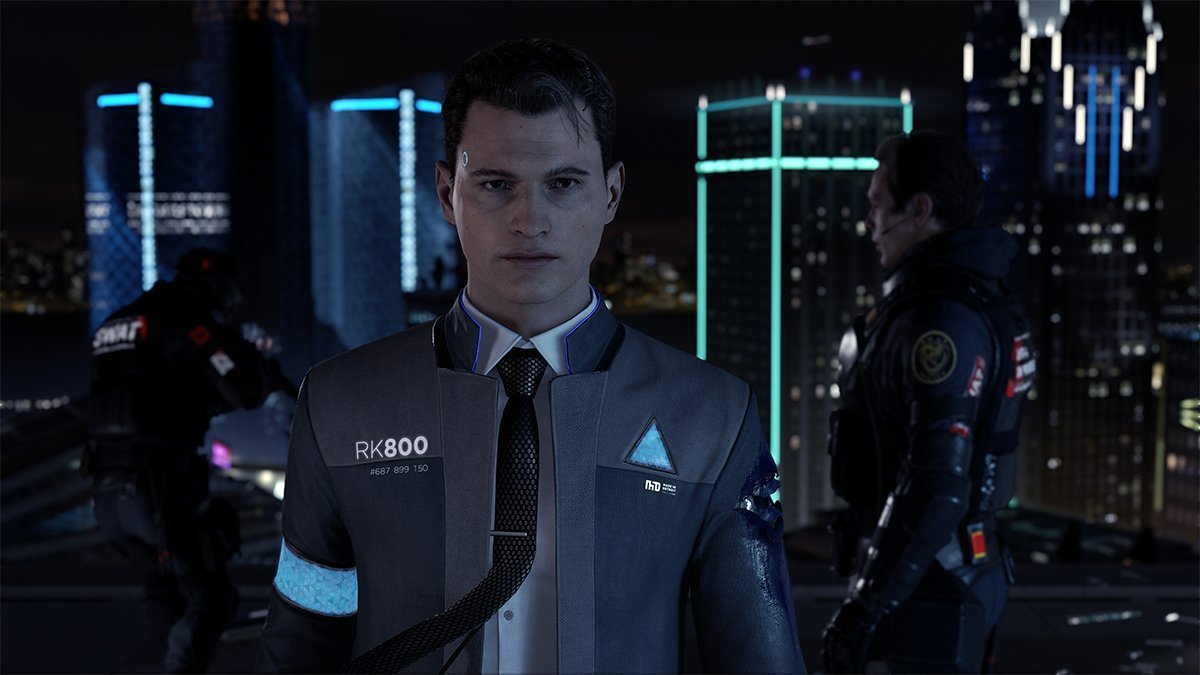 Over the last fifteen years David Cage and his team at Quantic Dream have been creating story-driven, interactive video games. At their best we’ve seen them deliver Heavy Rain, which was critically well received because of the game’s cinematic presentation and unique storytelling. On the other end of the scale they’ve struggled with games like Beyond: Two Souls; a flawed and messy attempt at bringing interactive, fictional worlds to life. Next month everyone will finally get their hands on what Quantic Dream have been working on over the past four years: Detroit: Become Human. While the gaming community patiently waits for the game’s official release, Stevivor had the chance to take a sneak peek at its first three hours.

Detroit: Become Human is set in the not too distant future, during the end of the year in 2038. The world has seen androids rise into the everyday lives of many different parts of society. During our playthrough we were able to explore the lifestyles of three different androids. Connor is an android police officer who is tasked with hunting down deviant androids that diverge from their programming. Kara, having recently had her memory wiped, finds herself in a lower-class household with a single father named Todd, who takes his troubled life situation out on his young daughter, Alice. Finally there is Markus, an aid to a wealthy artist named Carl who has lost the use of his legs.

Throughout the game you’ll switch between the characters to advance the story; this is where the branching storylines help shape your version of the game. As per usual, things tend to go down the ‘choose your own adventure’-style formula, a narrative mechanic which has been used in Quantic Dream’s past few games.

Most interactions come in the form of moving the analogue stick in a certain direction or pushing specific buttons which associate with onscreen prompts. By finding objects within the world, completing various tasks or selecting certain lines of dialogue, you can progress your story in a multitude of different ways. In one playthrough of a scene you could come out of it having successfully negotiated a hostage situation. In another, things could go terribly wrong and you end up with multiple people being wounded or killed, which can have a vastly different branching effect on your story that follows.

Every time you complete a section of the game you’ll be presented with a scene flowchart that outlines the choices you made and where your specific story ended up. The cool part about this is you can see all the other branches you didn’t discover. The game will also allow you to go back to an earlier save point if you want to later on and make changes to the decisions you made to see how that affects things.

The world in which Detroit: Become Human is set is definitely one I am excited to explore more of. Quantic Dream has created this interesting dialogue where society is arguing for and against the use of androids. In the streets you see homeless people begging for money while holding signs saying they’ve lost their job to an android; something you can witness firsthand as you visit shops with androids standing behind the counter serving customers. Carl, who is very open minded about androids, has Markus try to paint something on a piece of canvas. He asks Markus to close his eyes and create something on his own. While Markus states that it’s not part of his programming, after some convincing he still manages to come up with something Carl is enamoured by.

What we don’t really know at this stage is whether Markus has been programmed with something sort of artistic ability to create that he isn’t aware of. Alternatively, maybe he doesn’t have any artistic programming, and is doing this of his own accord. These questions are further explored with other characters in the story. At another point in the game, Kara disobeys orders from her master, Todd, in order to protect Alice from abuse. Again, during a hostage negotiation, we see Connor wrestle with questions of why an android has attacked his owners and taken a child at gunpoint. We can’t be sure this early in the game whether these behaviours are actually part of the androids’ programming, however we are told it is not, but if that’s true, what exactly is causing all of these anomalies? I’m keen to see where this story goes and how this is explained.

Every time I see Detroit: Become Human, I get even more excited to play the full game. While it is visually impressive — making use of Quantic Dream’s unique art and cinematic style — a lot of my excitement ultimately comes down to this being a good game that relies on an intricately developed world, a smart story and brilliant acting. If the narrative falls apart then the rest of the game will come crumbling; but from everything I’ve seen so far, this could definitely end up being Quantic Dream’s best game yet.

Detroit: Become Human will be available on PS4 from 25 May. A demo was recently spotted on the New Zealand PlayStation Store.