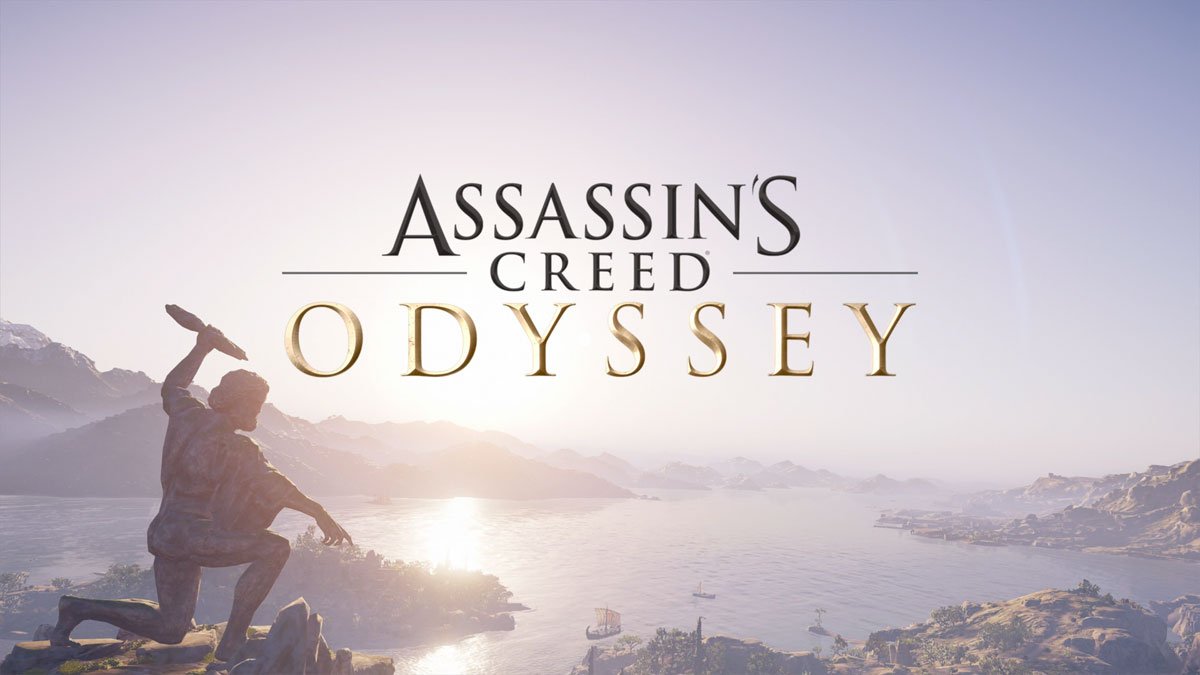 This is my odyssey.

Nature versus man. Land versus sea. Reason versus myth. Beauty versus war. Sparta versus Athens. Assassin’s Creed Odyssey is all about opposing forces and hard choices. As developer Ubisoft Montreal told us in our latest preview of the upcoming game, Odyssey is all about being your literal odyssey, with the player front-and-centre and making decisions that shape the experience.

My decision — crafting my personally tailored experience — consisted of trying to position Alexios just right so I could get a decent screenshot up his man-skirt while he was swimming. Ubisoft can add ‘tighty-whities versus decency’ to its epic list.

Odyssey is a sandbox that Assassin’s Creed has never seen before, with player dialogue and behaviour as flexible as the ways in which you can approach a combat encounter… and while it’s your choice, ultimately, it should definitely be using stealth for the latter. Especially in the early stages of the game.

After another four hours with Odyssey, this time starting at the beginning of the tale, I can say this: it is very difficult. So much so that you feel very under-powered and overwhelmed at normal difficulty (and yes, even on easy and I’ll begrudgingly admit). My entire (unintended and definitely undecided) experience recently could best be described as struggle town.

As I set off in ancient Kephallonia, wet behind the ears and learning of the tragic origins of former Spartan Alexios (or Kassandra, should you prefer), I was yearning for the skills I had during my E3 preview — or better yet, the ones that Ben had at Gamescom thanks to being Level 50 — but alas: I was weak. Odyssey’s combat system means you’ll be fine against an opponent or two at the same level you’re on, but you’ll be hopelessly outclassed if one of those opponents is a Captain. Or if the enemy mob is one or two levels higher than you. Or if a Bounty Hunter decides to join in, or a wolf three levels higher than you are. The list goes on and on.

After four hours, I decided (much like in Origins) that the easiest way to combat this would be to grind side missions and reach a higher level than those you intend to fight. Sadly, I didn’t have the time during this preview, so die I did… and a lot.

When I wasn’t trying to hide and take out baddies from the bushes, I was playing along with dialogue options as much as possible. In short, I tried my best to be a gigantic asshole, pretending to be a Deity speaking to a peasant through an idol, promising wealth beyond belief If she’d just leave me alone. That choice offered a number of options to conclude the quest; I opted to steal all the offerings thrown at the feet of the idol and used those to shower the woman in money. I essentially stole from the poor to give to the poor.

While those evil actions were easy for me to mess around with at a preview event, I know I’m going to struggle to be decisive when playing Odyssey at home. I had a hard enough time choosing between Alexios and Kassandra (though at the prevent, everyone actually picked the character they were most attracted to physically; interesting tidbit, I thought). If simple decisions like which of three horses to claim as your own left me paralysed with indecision, I shudder to think how I’ll address important ones while playing as Stevivor on Xbox Live. A huge, preview-ending decision is likely an indication of how painstaking some of these decisions will be (and don’t worry, we won’t be spoiling it here).

My time with Odyssey, yet again leaves me certain of one thing: this is one game to get excited for. While it’s guilty of being another yearly Assassin’s Creed release, the franchise’s transition to a full-fledged RPG is very evident here. It’s not Origins’ DLC but a whole other ball game.

There’s not long to go — Assassin’s Creed: Odyssey heads to Windows PC, Xbox One and PS4 on 5 October.