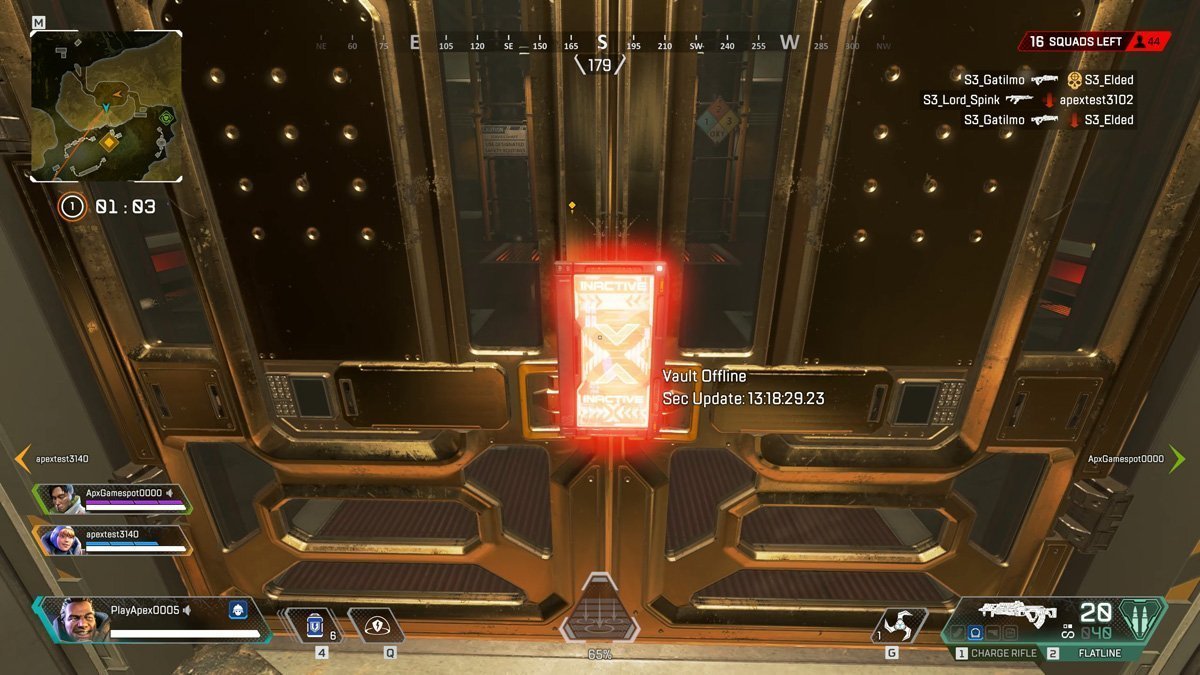 Apex Legends’ Vaults are secret rooms locked by a countdown

What secrets are hidden within The Vault?

Update: The Vaults — yes, plural — are able to be opened now. They’ll require a key which drop from cargo bots that zip around the World’s Edge map. Shoot the bot down, retrieve the key and you’ll soon gain access to some high-level loot.

We’ve marked three Vault locations below — in white and red.

Original story: Apex Legends Season 3 kicks off soon; ahead of that, I had the opportunity to jump into a few rounds at a preview event and get an idea of what players will be in for. There was one juicy secret that I came across while playing that we’ll all probably have to a wait another week to get more information on: The Vault.

On the east side of the map, just north of a location called The Geyser, you’ll be able to find a cave which has a few supply bins scattered throughout it. Along one of the walls is a locked door which is labelled “Vault”. This door had a countdown, which at the time of playing appeared to end in the second week of October. You can check out the door above and a map leading to the location below.

Inside the room is multiple (at least 10) high-tier gear items including purple and gold attachments, shields, hop-ups and knockdown shields. Although we don’t know exactly what will happen when the countdown hits zero, the recently released Season 3 trailer hints that a key might be needed in order to open the vault.

While we wait to find out more, Apex Legends Season 3 is available tomorrow to play on Windows PC, Xbox One and PS4.