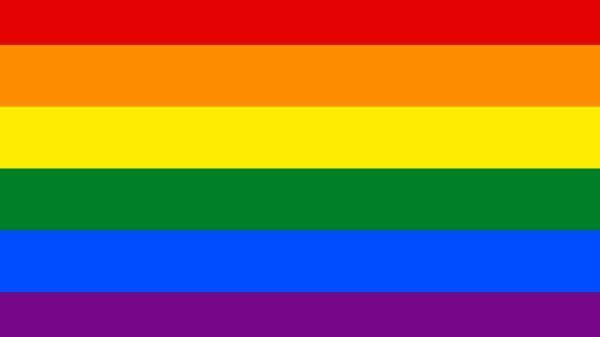 Gaymers from Sydney, Melbourne and Perth groups, plus the Gaymers Subreddit, came together early this month to launch gaymers.com.au, a forum for queer and queer-friendly video game aficionados. Joshua Meadows, an organiser with the 1,500 member strong Sydney Gaymers group, sat down with Stevivor to discuss the new enterprise.

“Last year, the organisers of Sydney Gaymers launched an operational survey to members of our group… in order to get feedback on events & other things members wanted to see from us. One suggestion which kept coming up was launching a forum for the group to facilitate easier communication, as Facebook is not the simplest place to have longer discussions or even well-organised ones,” Meadows said. “We certainly saw the value in having an additional tool to communicate with members.

“However, when we discussed the possibility of launching something like that, we all agreed that limiting it to just Sydney was needlessly lowering our scope,” he explained. “So after we had something in place as an example we reached out to the organisers of other gaymer groups in Australia — Perth & Melbourne specifically, along with the Gaymers subreddit —  to see if they’d be interested in getting involved. The response has been great so far and we’re hoping to grow the audience there to equivalent levels of what we’ve achieved through Facebook.”

Current structures on Facebook aren’t as effective at organising events, nor letting users see important posts, so gaymers.com.au fills that gap in functionality. It also provides a level of anonymity for those who’ve yet to come out to their friends and family.

“We’ve had people who were interested in our group but uncomfortable joining it through their Facebook profile due to being in the closet, fear of workmates discovering something and so on,” Meadows said. “By not tying the forum to Facebook, members can sign up and use the new site without having to worry that a privacy change on Facebook’s end may accidentally publish stuff they want to remain hidden. We aren’t even requiring that members use their real names on the site, so we want it to be as easy as possible for members to join without putting anything in jeopardy.” 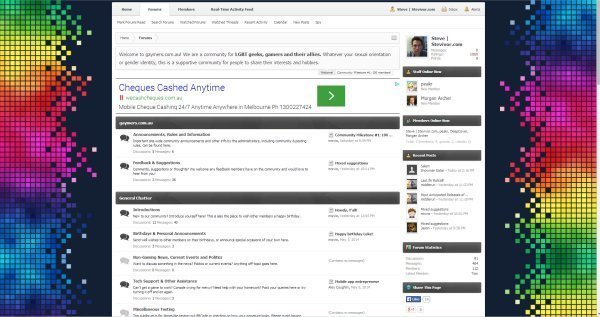 The level of anonymity allowed by the forums doesn’t mean it’s a free-for-all. “We have a handful of big rules regarding inappropriate content — no sharing pirated content, no hate speech — but for the most part we’re going to encourage open and interesting discussion even if it gets lively,” Meadows said. “Though it’s inevitable that people won’t agree on everything, we’d rather be as hands off as possible and encourage civil conversation and even disagreement instead.”

The forums have regional subforums so groups in New South Wales, Victoria and Western Australia can group, discuss games and plan events. Members can choose to participate online-only, or attend regional events thrown by the Sydney, Melbourne and Perth Gaymer groups or Gaymer Subreddit. As an example, the Sydney Gaymer group holds regular events and has marched in the Sydney Gay and Lesbian Mardi Gras for the last two years.

While formal organisations in South Australia and Queensland aren’t yet part of the initiative, they’re always welcome. “I’d love to hear from anyone running similar groups in Queensland and South Australia, but I wasn’t able to find similar hubs when we were researching people to contact ahead of the site’s launch,” Meadows stressed.

Active for little more than a week, the site has seen an impressive take-up by users around Australia. “We’ve got active members from Perth, Melbourne, Adelaide & Brisbane as well as Sydney,” Meadows confirmed.

To Meadows, the Australian-wide gaymers.com.au site could be the start of something very big. “By reaching out to other groups across the country, our objective is that we move from being tiny, disconnected fiefdoms in our states to a formidable presence across Australia.

“There’s no reason why something like GaymerX can’t take place here — we have the audience, we have the interest and we have the motivation, so it’s just a matter of bringing people together to make it work,” he continued. “Our motivation with gaymers.com.au is to be the place whether that gathering starts, so we’re hopeful that other gaymers get as excited about the potential as we are.”