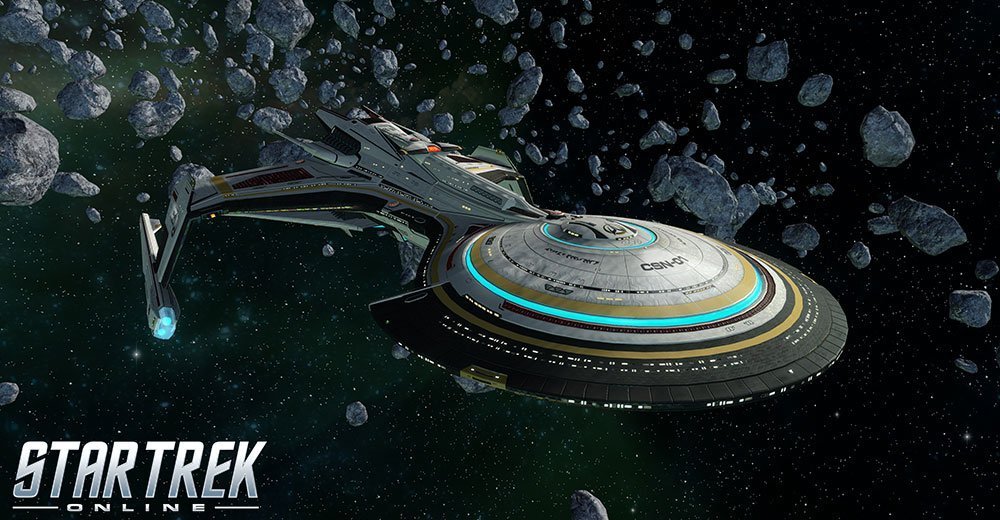 Star Trek Online has celebrated 10 years with the introduction of a Federation-Klingon hybrid starship in the form of the Khitomer Alliance T6 Battlecruiser.

The starship, half Galaxy-class and half-K’t’inga class, looks a little out of place and a little awesome at the same time. It features a Federation-style saucer section with the behind of an old-school Klingon bird of prey. Check it out for yourself above.

“The Allied Cooperative Starship Development Board (ACSDB) is excited to announce their first vessel with unified design philosophies,” an in-universe announcement reads. “While the ACSDB has been involved in the later design states of many new starship designs, this is their first jointly-designed starship built from the ground up. Its launch is a cause to celebrate – especially a starship such as this.”

Star Trek Online players will have the chance to secure the starship as part of a celebration event that begins on 28 January on PC and later on Xbox One and PS4. We’ll keep you posted as console details become available.

What do you make of the hybrid starship?