Sonic Prime is the name of the newest Sonic the Hedgehog animated series, set to premiere on Netflix in 2022.

The 24-episode series features Sonic “in a high-octane adventure where the fate of a strange new multiverse rests in his gloved hands,” Sega said in a press release, adding that it’s “about more than a race to save the universe, it’s a journey of self-discovery and redemption.”

The Vancouver, Canada-based WildBrain will handle the series’ animation, with both Sega and WildBrain joining forces for production, distribution and licensing.

“Sonic is a beloved character and holds a special place in everyone’s heart including my own,” said Dominique Bazay, Director of Original Animation at Netflix. “I spent many hours with the blue blur as a kid and it’s a privilege to be able to bring this character everyone knows and loves on a brand new adventure with Netflix — one that a generation of loyal fans and brand new fans around the world can enjoy.”

“With generations of devoted fans around the world, Sonic the Hedgehog is more popular today than ever before, and we’re thrilled to be partnering with Netflix, Sega and Man of Action to deliver all-new Sonic adventures for audiences worldwide,” added Josh Scherba, President of WildBrain.

“This premium franchise is ideally suited to WildBrain’s capabilities and it’s already inspiring great things from our talented creative teams,” Scherba continued. “We’ve witnessed first-hand the enduring popularity of this brand from the strong and steady global demand for our library of legacy Sonic series. We look forward now to bringing fresh and exciting Sonic content to fans both new and old.”

We’ll have more on Sonic Prime as it’s made available. 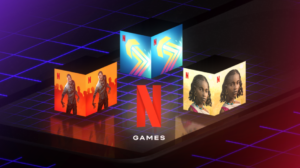