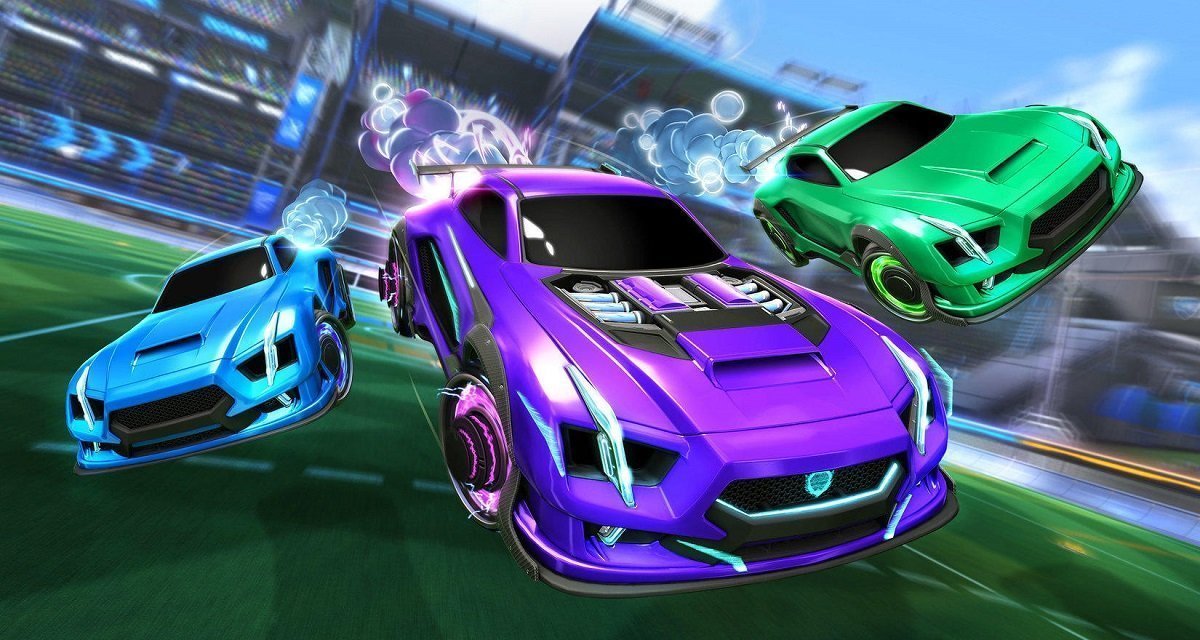 Rocket Surgery -- covering all things in competitive car soccer from Oceania and around the world.

For an esport coming off a season finale so perfect it could have come from a straight-to-DVD Disney sports movie, an esport with record prize pools and an NBC TV deal, it feels strange to say that Rocket League is at a crossroads. Yet season 6 undoubtedly shapes as the most pivotal in the brief history of car soccer, with viewership, public interest and player numbers heading the opposite direction to the ever growing, now seven figure prize pool.

It is hard to look beyond the constant roster shuffles and a barren off-season event calendar as the cause for declining public sentiment for competitive Rocket League. Without the geographic attachment that ties fans of physical sports to their team, esports fans gravitate to two things: personality and success. Few are the supporters who are fans of Gale Force or NRG over the individual players under that banner, you don’t cheer laundry in esports, you cheer players. It is a refreshing change from being stuck for perhaps a lifetime with a team destined for failure because you were born into supporting the local team, but without that hard baked loyalty it is a constant battle for the sport itself to win, and keep, its fans.

When teams shuffle their roster every six months fans either gravitate to the remaining long-standing rosters or their interest in the esport falls off, slowly but surely. Psyonix recognised this early on and put rules in place to minimise the roster shuffle at the top level, with RLCS teams limited to one roster change per season lest they forfeit their automatic qualification. Yet only five teams of the 24 RLCS qualifiers last season will return the same roster, with no single Oceania roster remaining intact.

This is especially jarring when the best team in the world, the back-to-back world champions Dignitas, are known for their crisp rotations, telepathic passing and an impregnable defence, all aspects of teamwork sharpened by 12 months of roster continuity. As pros inch ever closer to the individual skill ceiling of Rocket League it seems obvious that the comparatively untapped potential of team play should become their focus, but most teams still believe the shortest path to success is via roster swaps and the natural synergy of new combinations.

These new combinations have had precious little top level off-season competition to build that crucial chemistry, with only the second NARLI event (which held its qualifiers during season 5 of RLCS) and the 2v2 NBC Universal Open filling the three month void. Gone are the Dreamhack, X Games and ESL events of previous years, while the traditional Throwdown off-season tournament for OCE was also conspicuously absent. The Universal Open was refreshing, the open space thanks to removing two players from the pitch gives room for individual brilliance to shine and opens up psychological battles, but 2v2 still feels like a novelty format compared to the traditional 3v3.

This lack of off-season follow-up wasted the momentum of what was truly one of the great sporting events in the season 5 finals in London. From an incredible crowd to some truly unbelievable finishes capped with a back and forth grand final series that is unlikely to ever be topped for drama, it easily matched the best sports moments I have had the pleasure to experience. Instead Rocket League went dark for two months, emerging from its cocoon with a lightly followed play-in to the Rivals Series, which itself provided plenty of the drama the game is known for but the high standard of play, particularly in Europe, only served to highlight how few chances there are outside the RLCS for teams at the top level.

WHAT A PLAY!@AllushinRL and @TeamAllegiance take it in game 5 OT to make a statement in the first game of #RLCS6!

One issue I have seen raised that I don’t see as a problem is the dominance of Digntias, the European powerhouse that has claimed back-to-back world championships. Their success has by no means been a foregone conclusion, NRG stretched them to the limits in the season 5 world championship, teams have been able to best them in both non-RLCS tournaments and league play matches, but on the biggest stage they have shaken their second place curse in grand fashion. They are great, but they are not unbeatable and certainly not boring.

I do worry that opposing squads are not learning the right lessons from the clinical teamwork and hivemind defence of the European powerhouse. There is a good chance many people would not name any of the Dignitas roster in their dream squad, all are excellent mechanical players but they aren’t producing unreplicable solo plays or winning games with exceptional individual skill. Dignitas is a well oiled machine, posing an unbreakable defence where they don’t make mistakes and grind you down with precision passing, exploiting their opponents inevitable breakdowns. That comes from teamwork, communication and now years of experience together, something a majority of rosters they will face in the next two months have sacrificed in the off season.

The first week of RLCS league play did little to ease those concerns about team continuity. Of the seven rosters that came across from season 5 unchanged, only one was dealt a series loss by a shuffled side (Flipside Tactics dropping an entertaining series to We Dem Girls, the highly regarded Ex-Envy roster with Metsanauris stepping in). Dignitas and Cloud 9 hit the ground running while NRG stormed out of the gates before Flyquest made them work for a series win and G2 warmed in to a sweep over Allegiance.

It was a somewhat sloppy week of Rocket League across all three regions, which made the hot starts of Dignitas, Cloud 9 and Chiefs all the more impressive. Chiefs fended off impressive rookie outfit Ground Zero (featuring Walcott, CJM and Lim) with a sweep, then pulled out the broom again in working over a Legacy roster that really missed the impact of Delusion. They looked in mid-season form with Kamii slotting into the squad nicely.

One big surprise from the first week was the 2-0 start of Mousesports, the former Servette-Geneva roster that won promotion from the RLRS last season and has already doubled the win total of RLRS sides in the RLCS since the dual league system started. Mousesports first ruined the debut of Rocket League wunderkind Scrub Killa with a 3-1 series win over Vitality then knocked over Fnatic and their former teammate that helped them to win promotion, MummiSnow. They already look well placed for a finals spot but a few more efforts like this and we could be talking about a World Championship appearance for the debutantes.

Your EU Player of the Week is @xAlex161 from @mousesports!#RLCS6

Some squads have more to worry about than others coming out of week one. It may be time to accept that Fnatic are no better than a good bubble team following their 0-2 start. Ghost, EG and Rogue all looked a bit out of sorts in their series, and all will need improvement to return to the world stage. Flyquest are better than an 0-2 start, and should be able to upset at least one of the three teams mentioned above. Whether that is enough to keep them out of the relegation zone is another matter.

In Oceania it was a surprising start for Order, who stormed through qualifying but were upset by the new Avant roster of SnarfSnarf, Bango and Vive, narrowly avoided a reverse sweep against the rookie Justice Esports squad, and they suffered the indignity of being called the dumbest players in OCE by commentator Yumi Cheeseman. Legacy recovered from their run-in with the Chiefs to stomp Avant and the new Tainted Minds roster looked sharp as well.

This weekend sees few marquee matchups but already shapes as crunch time for some rosters. Ghost in particular need to come away with a win from their double header to stay in touch for a finals position, while Mousesports have the chance to truly shock the Rocket League world if they can beat Dignitas and go 3-0. The loser of Fnatic v Vitality will need a shovel to start digging out of their early hole, while in Oceania we get an extended look at the three teams that went winless in week one, Justice Esports, Chimpwits and Ground Zero. A double header loss for any of those teams likely spells the end of their finals aspirations.

The Season 5 Finalist is looking strong in his #RLCS6 debut.#RLCS6

RLRS play also begins, with off stream matches now stacked into the first two weeks of the season. Unlike previous seasons we will have a very clear picture of RLRS early on, but which teams will stand tall is anyone’s guess with both regions wide open. It is a much better system than late off stream matches that are crucial to deciding the qualifying teams, and hopefully “off stream” can just mean “no casting” and we get live feeds of the match like some games last season.

There is still so much to talk about, from the new Rocket Pass to how Psyonix continually manages to break the game with patches right before or during big tournaments and its finally announcing a World Championships venue when the season starts (Vegas baby!), but I’ve gone on too long already and need to save some content for the next few weeks. Until then, enjoy the return of top level Rocket League!