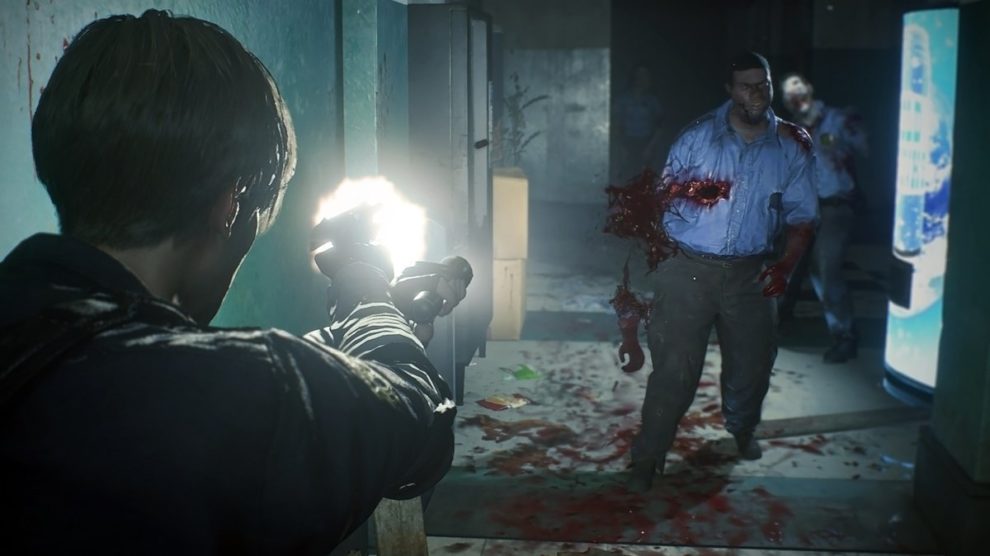 Instead, the four scnearios — Leon A/Claire B and Claire A/Leon B — will be reduced to two campaigns, Producer Yoshiaki Hirabayashi has told Rely on Horror.

“One of the great things about the original was this sort of two character system where you could get a different perspective on events. Either as Leon the rookie cop, or Claire as a student—the ‘zapping’ system as it was known where there was A parts and B parts to each character,” Hirabayashi said.

“We still want to replicate that feeling of seeing two sides to the same story through both character’s perspective in their own way. So for that reason we have a Leon campaign and a Claire campaign, they’re separate and you can choose which one you want to play first.”

Hirabayashi says the change is just one of the ways that Resident Evil 2 has been modernised.

“We did simplify [things] a bit and make it more elegant by eliminating the A/B distinction and sort of meshing together what happens to the character’s A and B scenarios into one story,” Hirabayashi continued.

“I think players today, they want these sort of deep/intense experiences with the story, and by stretching it across 4 scenarios the story gets spread a little thin and create a sense of repetition by going through the game multiple times to see everything. So for that reason we went with two campaigns that still show all the events of each character’s story rather than have it all split up.”