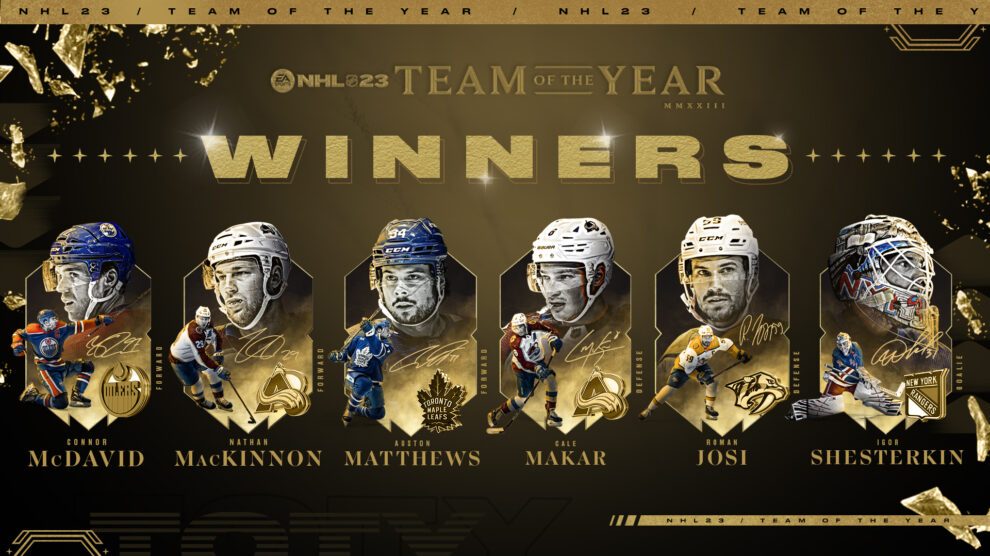 NHL 23‘s Team of the Year has been named for 2022, with the game commemorating honorees with special new HUT cards.

EA Vancouver named all nominees here, solidifying the men’s team today ahead of a female team next week.

Players who “represented the best on ice in 2022” were selected; moreover, “every final TOTY player (6 men, 6 women) will also get a new, upgraded Ultimate Team player item that you can score for our roster,” EA confirmed.

Male honorees are as follows:

We’ll let you know when the female team has been selected.