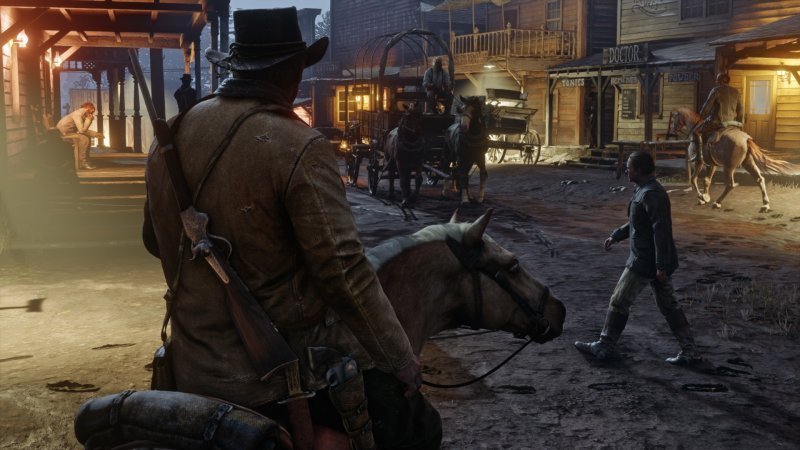 A new Red Dead Redemption 2 story trailer is now available to view, full of juicy tidbits to tide fans over until the game’s 2018 release.

You can check out the trailer below.

“The all-new trailer for Red Dead Redemption 2, the story of outlaw Arthur Morgan and the Van der Linde gang as they rob, fight and steal their way across the vast and rugged heart of America in order to survive,” Rockstar said of the trailer.

The game is a prequel to the original Red Dead Redemption, so naturally, fans were rabidly scouring the trailer looking for glimpses of protagonist John Marston and his wife Abigail. While the jury’s still out on any appearances, there are strong connections — Dutch Van der Linde (or the Van der Linde gang) was the original game’s primary antagonist.

We’re sure to learn more of Red Dead Redemption 2 in carefully planned drips and drabs. It heads to Xbox One and PS4 in 2018, and a PC release might (miiiiiight) be on the horizon.