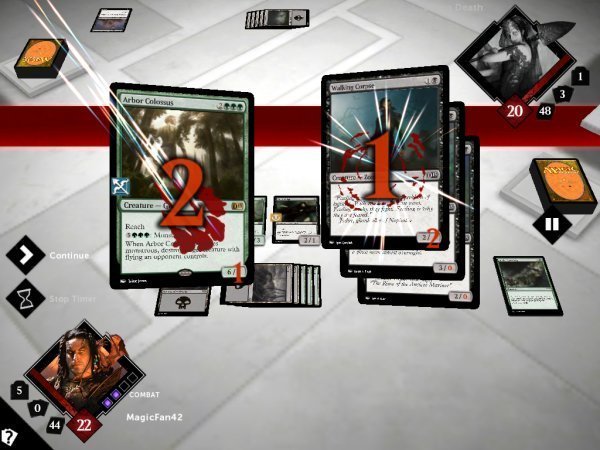 Magic 2015: Duels of the Planeswalkers is now available on Xbox One, alongside its first expansion, “Garruk’s Revenge”.

“‘Garruk’s Revenge’ puts the fate of Garruk Wildspeaker, the deadliest hunter in the Multiverse, in players’ hands,” Wizards of the Coast said of the update. “With four new Campaign levels and an expanded Explore level, players take on the role of Garruk, using his deck to battle their way through challenging foes. With every victory, Garruk’s deck strengthens, becoming more and more corrupt.”

We reviewed the core game here.

TagsMagic 2015: Duels of the Planeswalkers Wizards of the Coast
FacebookTwitterLinkedInRedditEmail